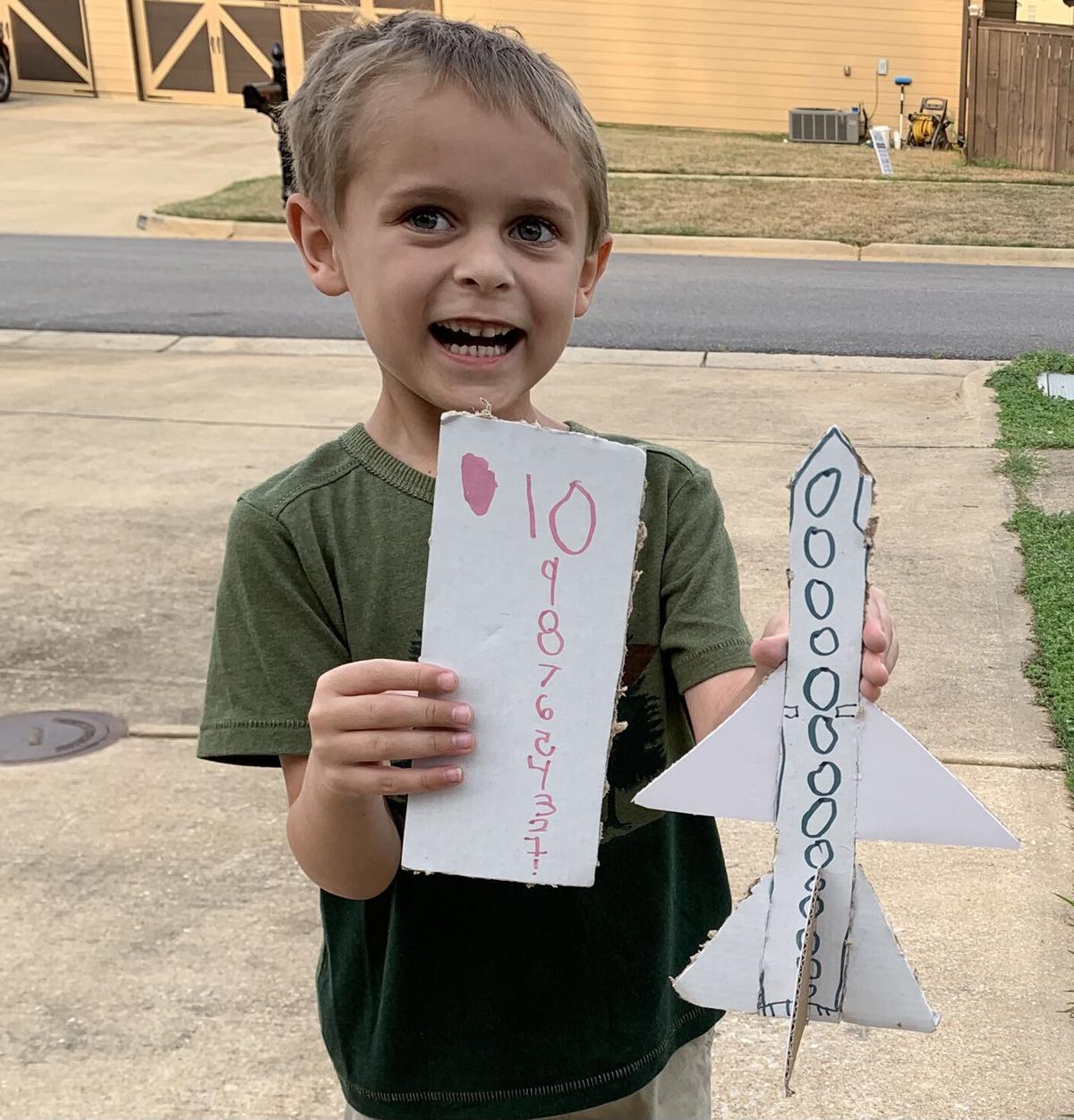 Kaleb Huffman, 6, shows off some of his recent creations: a state-of-the-art rocket, plus a handy-dandy “launch button.” 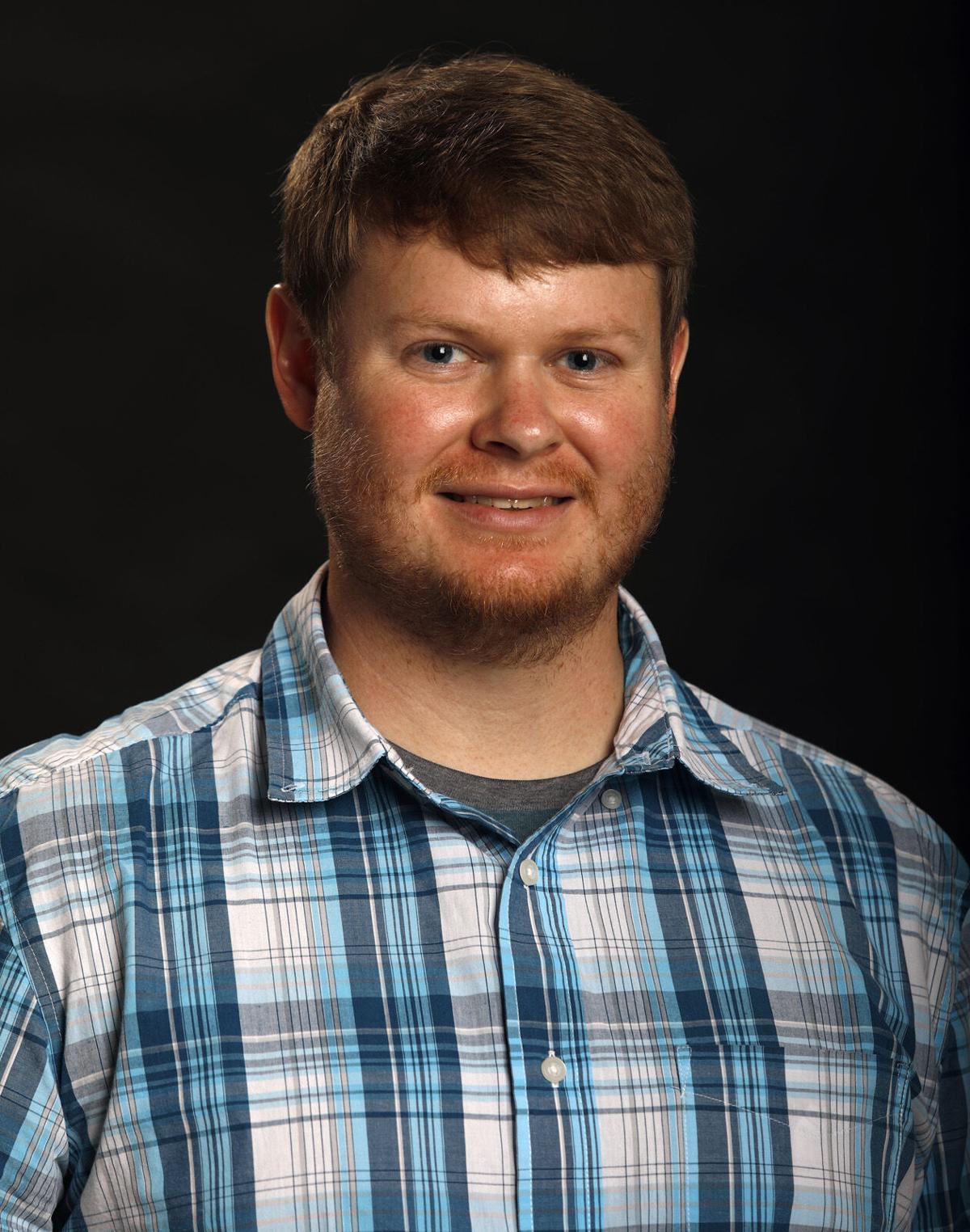 Lizards are awful hard to catch.

Equipped with super swift reflexes, those reptilian ninjas can sense and thwart practically any ambush – dashing, dodging and climbing about before vanishing without a trace.

In fact, the only person I’ve ever known to have had faster reflexes was my great-grandfather, Henry Sanders. He proved this at a carnival once while taking on a challenge that consisted of the dropping of a short and slim aluminum rod. Folks were told to reach out and try to grab the rod as soon as it was released.

Most folks could grab it about midway. My grandfather could grasp the rod’s bottom end the very second it dropped.

Perhaps, back when he was a spunky kid during the Depression, my grandfather studied and mastered the ancient, cold-blooded art of Lizard Fu. If so, it not only accelerated his physical movements, but his temper, too.

Of course, mastering something as strenuous as Lizard Fu takes quite a bit of time, and my 6-year-old son, Kaleb, has far too many other things he’d like to do before school starts back. Still, he sure would like to mark “Catch a Goldang Lizard” off his Summer Bucket List.

Filling a large bowl about three-quarters full of water, Kaleb strategically placed it in his mommy’s flower bed, right in the exact spot where a super-speedy lizard was last spotted getting a suntan. Afterward, Kaleb set a small woodblock afloat in the water.

This setup is genius.

Unable to resist, the parched and fun-seeking lizard will climb aboard and float out to the middle of the bowl, where he will sunbathe, enjoy some drinks and be merry… at least until it realizes the woodblock won’t float back to the rim, assuming Kaleb picked a cooperative woodblock.

Desperately wanting to escape, the panicking lizard will proceed to chug all the water so it can climb out. Only the shifty-eyed sucker won’t be able to climb out.

Now I’m waiting to see how long it will take Kaleb’s Super Duper Lizard Fooler to pull off its mission. If somehow it manages to backfire, I reckon there’s still enough summer left for Kaleb to sign up for a lesson or two of Lizard Fu.

Keith Huffman’s book, “The Portable Creek: Southern Nostalgia and Other Shenanigans,” is available to order from Amazon, Barnes & Noble, and Books-A-Million.

Keith Huffman’s book, “The Portable Creek: Southern Nostalgia and Other Shenanigans,” is available to order from Amazon, Barnes & Noble, and Books-A-Million.

King: Hot dog! They are finally open for business again

I do enjoy the occasional opportunity for fine dining. Mrs. Story’s Dairy Bar, in Opelika, is fine dining…it is just fine with me.

King: My prayer of thanksgiving

Dear God, thank you for waking me up again this morning. Thank you for another night of sleep and rest.

Belk: One of my five senses kicks in calling up a pleasant moment

I catch a glance of my hair in the mirror and notice salt winning the race with pepper.

The Ethical Life podcast: What does it mean to be a good COVID citizen?

Richard Kyte: How to learn to be thankful, one story at a time

Commentary: Gratitude, more than any other virtue, is handed down in families by the stories we tell.

The “idiopathic defense” to workers’ compensation claims is still a viable one, according to a recent decision from the Georgia Court of Appeals.

Well, before the ink was even dry on my column last week concerning the Emergency Temporary Standard that was issued last Friday by the Occupa…

Not everyone tends toward kindness. This is disconcerting, even more so when I realize my own deficiencies. Especially since I learned a lesso…

What a seismic difference a trial has made to public and media perceptions of Kyle Rittenhouse. When he was charged at age 17 with shooting three men, two fatally, during racial unrest in Kenosha, Wisconsin, last year, various media accounts described him as a rifle-toting white supremacist who drove across the border to shoot Black Lives Matters protesters in the racial unrest that followed ...

LZ Granderson: A week of chasing justice in 2 Americas

During weeks like last week, the pursuit of justice feels more like chasing clouds blindfolded. Friday's "not guilty" verdict in the Kyle Rittenhouse trial wasn't altogether surprising — especially after Judge Bruce Schroeder said he wouldn't allow the people Rittenhouse shot and killed to be called victims. But it still felt like a gut punch knowing the prosecution wasn't allowed to show a ...

Kaleb Huffman, 6, shows off some of his recent creations: a state-of-the-art rocket, plus a handy-dandy “launch button.”