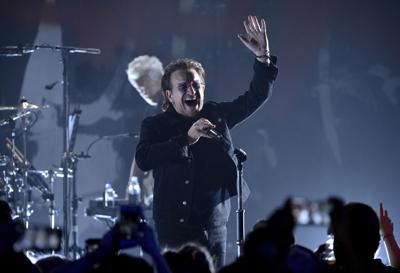 It’s a beautiful day when one of the world’s biggest rock stars talks about the benefits of capitalism.

Global icon Bono is known for both his music and activism. He’s the frontman for U2, which has sold tens of millions of albums. He’s also been heavily involved in charitable causes, many of which are intended to help poorer nations escape grinding poverty.

This experience over the years has led him to recognize that the sweetest thing you can do for others isn’t charity. Last month, Bono did an interview with The New York Times Magazine. What he shared may give progressives vertigo, but perhaps they’ll see the wisdom of it in a little while.

“I ended up as an activist in a very different place from where I started,” Bono told the magazine. “I thought that if we just redistributed resources, then we could solve every problem. I now know that’s not true.”

Rather, “the off-ramp out of extreme poverty is, ugh, commerce, it’s entrepreneurial capitalism. I spend a lot of time in countries all over Africa, and they’re like, ‘Eh, we wouldn’t mind a little more globalization actually.’”

Indeed, he’s right. The United States and its free market-oriented economic system has created so much wealth for its citizens that many have gone numb to the system — capitalism — responsible for that abundance. Few can even articulate the reasons capitalism does such a masterful job of creating prosperity. To start, it allows people to keep the fruit of their labors. This incentive inspires people to work harder, producing more goods and services.

William Bradford and the Pilgrims discovered this more than 400 years ago. But in today’s busy and out-of-control world, it’s a lesson that needs to be relearned continuously.

Of course, there are excesses in any system. But the miracle of capitalism ensures the efficient allocation of resources, lifting up the greatest number of people in the process. Entrepreneurs make money by providing things that other people want. These mutually beneficial transactions leave both parties better off. Decentralized decision-making also allows resources to be shifted more quickly into higher demand areas. Adam Smith described this coordination as the market’s “invisible hand.”

Chicago Tribune: Why we shouldn’t shame US oil companies for making money

“Globalization has brought more people out of poverty than any other –ism,” Bono said. “If somebody comes to me with a better idea, I’ll sign up. I didn’t grow up to like the idea that we’ve made heroes out of businesspeople, but if you’re bringing jobs to a community and treating people well, then you are a hero.”

Breathe in that wisdom. With or without you, Bono has found what he’s looking for — the best way to help the world’s poor.

Hugs, a humming economy and help from neighbors should make Wisconsin thankful

OUR VIEW: It's great to be back doing what we love