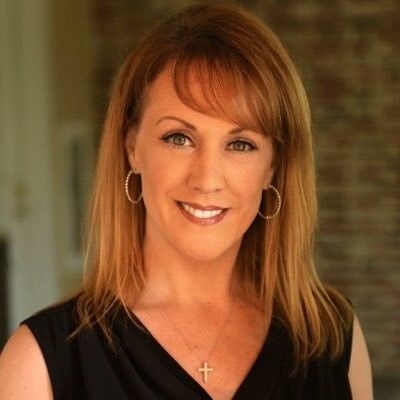 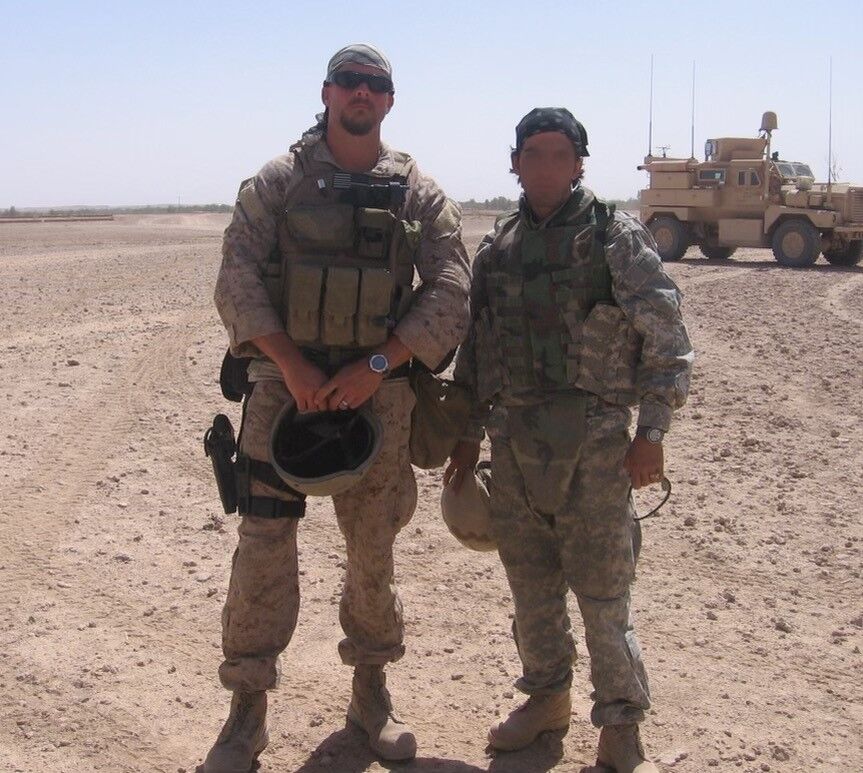 Chris Sramek is pictured here in 2008 with his interpreter in the Nawzad District in Helmand Province, Afghanistan. At that time, he was working for DynCorp International as an international police advisor.

By BETH DAVIS-SRAMEK Special to the O-A News

In the aftermath of the U.S. retreat from Afghanistan, the fate of the Afghan Allies still hangs in the balance. Although this generic term makes it easy to anonymize them, there are thousands of Afghans who supported the U.S. mission as interpreters—“terps” for short. They stood side-by-side with our country’s military personnel and civil servants.

My husband, Chris, spent significant time in Afghanistan from 2008-2012. In his various roles, his life depended on the terps – literally. Their bravery and local knowledge saved countless American lives over and over again. For their service, the terps were promised safe passage to America through the Special Immigrant Visa (SIV) program.

Leo’s storyChris returned to Afghanistan in October, 2020. He and his terp, Leo (name disguised), became fast friends. Leo worked with U.S. personnel for 15 years. He is college educated, fluent in three languages, and has advanced medical training. He is a humble and gracious man who adores his wife and three children. He is a Christian, and he dreams of bringing his family to America, where he can live work, and worship in freedom and safety.

It took four years, but Leo’s SIV application was finally approved. During the withdrawal, however, there were no plans to evacuate these Afghans. When the last U.S. plane left Afghanistan, the White House, State Department and Pentagon officials touted “mission success!” Yet this family – along with thousands of others—were abandoned by the government that promised to reward them for their loyalty.

As I write this, Leo is being hunted by the Taliban. The family fled from their home when Leo received a letter labeling him as the enemy. Chris and I have been making the horrific journey with them from our safe home in Auburn. We have traveled from place to place with this family, too often hearing that they barely got ahead of the men in black that carry U.S. assault weapons. They are more than Afghan Allies to us – they are human beings, created and loved by God, and loved by us.

Not my AmericaIn our desperate effort to help Leo and his family, we faced a grim reality: there would be no U.S. government assistance to rescue them. The work that Leo did for 15 years, the U.S. lives he saved, and the personal risk of being an interpreter — those things meant nothing the moment he and his family became acceptable losses.

Help also would not come from our Congressman, Mike Rogers. As the most powerful GOP member of the House Armed Services Committee, we were certain that someone on his staff would respond to our pleas. We knew that after his strong condemnation of the Afghanistan withdrawal, he would help a constituent get an Afghan family to safety. We were wrong – we never even received an acknowledgment. The performance during the House hearings led us to understand that Congressman Rogers has no interest in saving Afghans.

After our initial plan to get the family out of Afghanistan was met with insurmountable hurdles, I became bitter that there was no accountability for those responsible for this human tragedy. I felt foolish for believing the hollow words of politicians. In my tears of grief for Leo and his family, I looked at Chris and said, “This is not who we are. This isn’t why you risked your life all those years in Afghanistan. This is not my America!”

Light in the darknessAs what can only be explained by God’s mercy and intervention, we connected with Task Force Argo, a volunteer organization that is arranging flights to get those left behind out of Afghanistan. Made up of current and former personnel across the military, defense, law enforcement and intelligence communities, this group has one goal – to finish the mission and fulfil the promises made by our government. From verifying documentation, coordinating ground operations, securing flights, and negotiating landing clearance, the scope of what this small organization does is breathtaking. And because the U.S. government will not finance the efforts, this group is responsible for raising funds to make these life-saving operations possible.

So far, Task Force Argo has evacuated over 2,200 beautiful souls from Afghanistan. While Leo and his family are still there, the organization is working with us to fly them out. The family is finally in a safe location, and an Argo handler checks in with Leo every day.

Being wrapped in fear and anger led me to a distorted understanding of who reflects my America. With light shining in the darkness, I now see my America everywhere. My America is the volunteers at Task Force Argo. My America is Auburn United Methodist Church members, including our Sunday School class that has lived every moment of this journey with us, our youth pastor who got us connected to Task Force Argo, and our pastoral staff that is overjoyed to embrace this family when they arrive. My America is my colleagues at the university, and administrators in Samford Hall who went above and beyond to help us. My America is our neighbors and our dearest friends who continue to support us. My America is the extended church community that heard this story and continually lifts up the family in prayer.

Perhaps most ironically, my America has been reclaimed by this courageous Afghan family. They are elated about starting a new life in Auburn. Because of that, Chris and I are humbled to be part of this wonderful community. We remain grateful for the outpouring of compassion reflected in Micah 6:8: “He has shown you, O mortal, what is good. And what does the Lord require of you? Doing justly, loving mercy, and walking humbly with my God.”

Kendrick-Holmes: No matter how old you get, nothing can replace the presence of loved ones

My wife Bess invited her mother to come over from Memphis and spend Thanksgiving with us this year.

Kendrick-Holmes: Everybody used to think Zac Stacy was a good dude, and that's worth remembering now

I didn't want to see it, but I needed to see it with my own eyes. Yes, that's Zac Stacy, who used to be my favorite football player, and that Zac Stacy is a monster.

Chris Sramek is pictured here in 2008 with his interpreter in the Nawzad District in Helmand Province, Afghanistan. At that time, he was working for DynCorp International as an international police advisor.