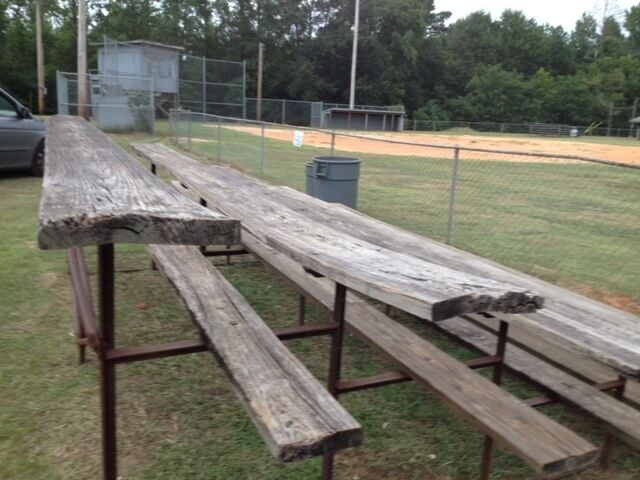 The author’s boyhood Little League baseball field in LaFayette, Ala. 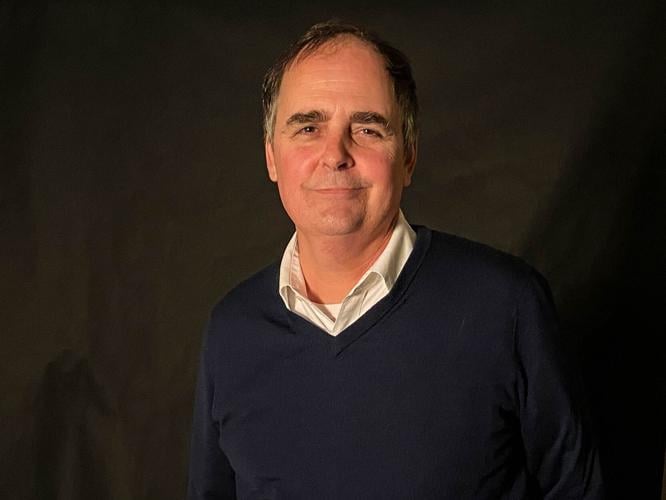 Today, I’m thinking about fathers and sons and baseball.

I’m thinking about a game my oldest son played when he was 12.

It was a travel game against some tough competition. My son was big for his age and had a pretty good curveball, so our coach kept calling for him to throw it.

He struck out six straight batters. The problem was that he did it in one inning, because the catcher couldn’t block his breaking ball and the struck-out batters kept running to first base.

After yet another batter got on base, the catcher’s father yelled out to my son, “Settle down, Robert!”

I will leave it to you to imagine what happened next, but it involved me explaining to the catcher’s father that my son was not the one who needed to settle down.

It was a stupid thing to say. Instead, I should have been concerned that my 12-year-old son was throwing so many curveballs.

Then something interesting happened. The coach switched it up and called for my son to throw fastballs. The batters started hitting grounders to our shortstop, who booted three straight, allowing more base runners and more unearned runs.

Now parents were yelling for the shortstop to settle down.

I looked over at the shortstop’s father. Was he defending his son? Barking instructions at him? Quietly sulking in his seat?

None of the above. He was eating popcorn and chatting about something with one of his younger children. He had not a care in the world. It was a beautiful day, and he was at the ballpark spending some quality time with family.

What was his secret?

He was a retired Major League Baseball player.

He knew that his 12-year-old son was just a kid who would develop at his own pace. Maybe he would be a big-leaguer like him and maybe he wouldn’t, but that wasn’t going to be determined today.

That’s why he wasn’t yelling at players or coaches or other parents, or acting the fool.

He’d been there before.

And then it hit me. I’d been there too, but in a different way.

In Little League, I was a right fielder with a short attention span who’d feel genuine panic when someone yelled for me to look up and I did, and there was a baseball dropping from the heavens at a high rate of speed.

Thankfully, my parents didn’t seem to care if I whiffed on a fly ball or if the umpire botched a call. Baseball was a game I was playing as a kid, and I was soon going to try other things and fail and succeed and learn important lessons and find my own path in life.

So, why didn’t I remember this when my own son was out there on the mound that day?

Because I wanted, through him, to do something I couldn’t do myself.

And thank goodness. I have four grown children, and today they have their own distinct personalities, interests and groups of friends, not to mention different careers: second-grade teacher, civil engineer, insurance underwriter and college student interested in becoming a healthcare worker or a chef or both.

Looking back, I was not at my best that day at the ballpark. As a father, I was at my best when I loved my children for who they were and remembered what it was like to be in their shoes.

I’d too been a kid playing games, who would later figure out on his own what to do and where to go.

Kendrick-Holmes: Squirrels are the world's best and most annoying problem-solvers

I’ve got a couple of life hacks for you today.

People are being harassed, threatened, and fired from their jobs because of their social media postings. So, as a public service, I am providi…

Our classes in June focused on Italian cuisine. The take this time was not geographically oriented. We already looked at Italian American dish…

The Summer Solstice is here, and it looks like it’s going to be another hot, muggy day. As a child, I lived for those days. My only plan was t…

Truth is definitely stranger than fiction. Any novelist knows that a story and its characters have to be believable.

The author’s boyhood Little League baseball field in LaFayette, Ala.