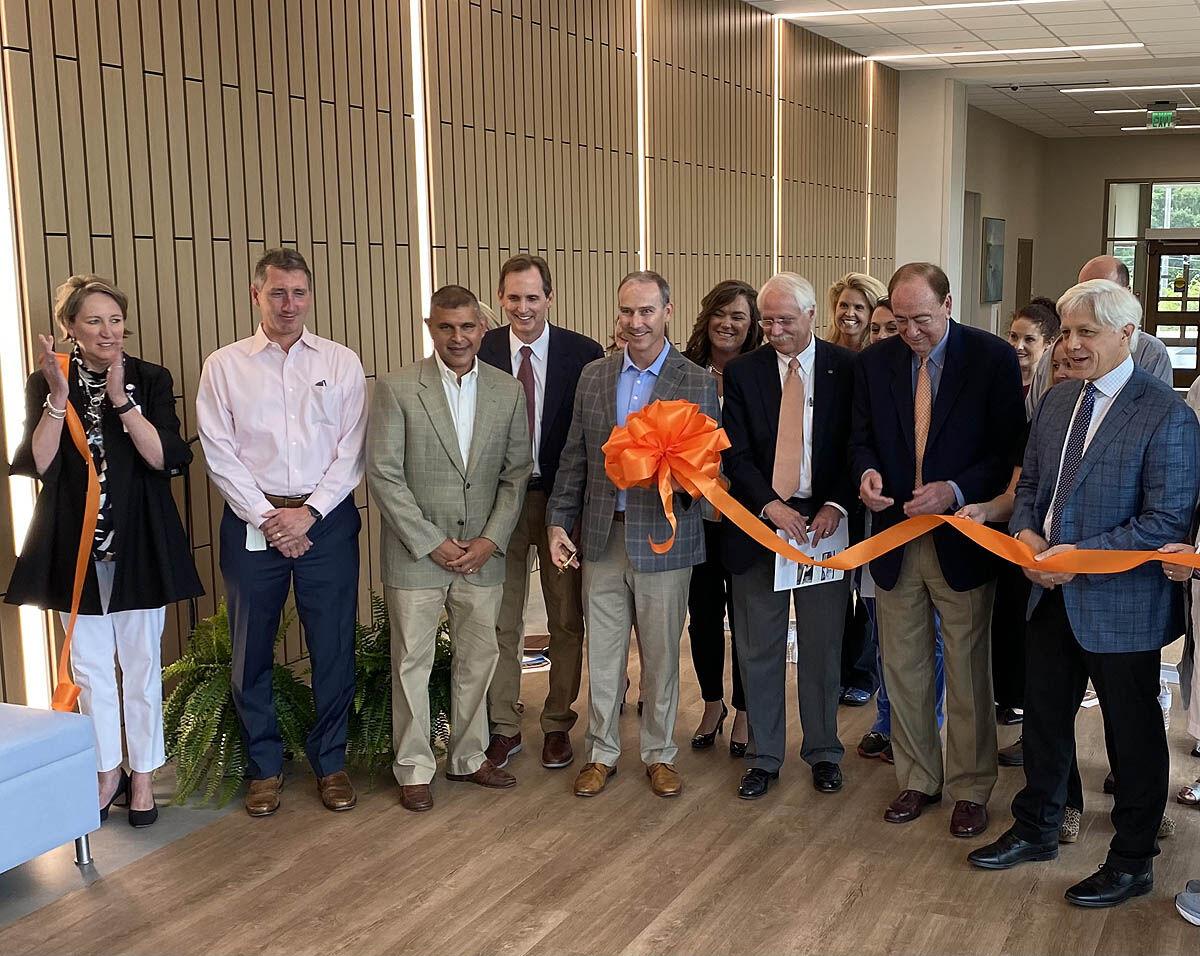 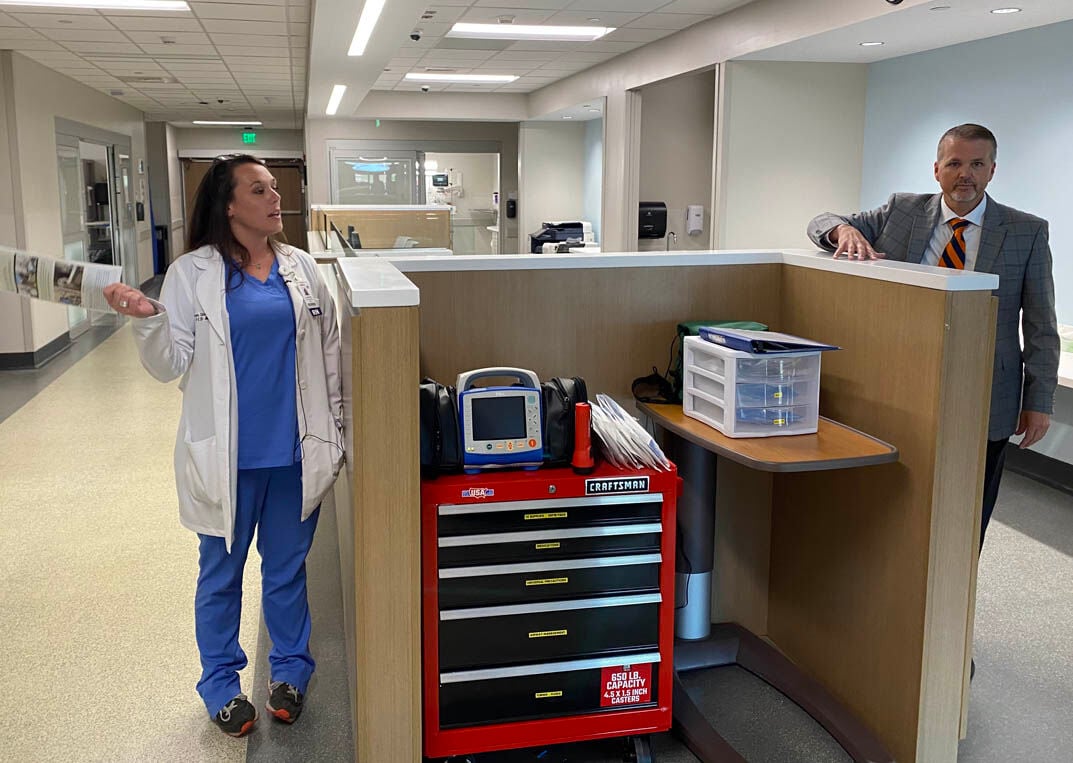 EAMC’s Summer Storrs and John Atkinson showed off the new emergency department that is set to open later this month in the Auburn Medical Pavilion.

Kudos to East Alabama Medical Center, which just celebrated the completion of Auburn Medical Pavilion, a new emergency department in Auburn University’s research and technology campus on Auburn’s south side.

The addition gives a much-needed boost to Lee County’s health care infrastructure, and it shows the teamwork between the hospital, the university and the city that was on full display during the height of the pandemic and, along with the city of Opelika and other area leaders and entities, helped Lee County lead the state in fewest confirmed COVID-19 cases and the lowest COVID-19 death rate per capita among Alabama’s 12 counties with 100,000 or more residents.

It also shows that while EAMC was leading the fight against the pandemic, it was continuing to grow and look to the future.

“This is a very exciting day for us,” EAMC President and CEO Laura Grill said at Friday’s ribbon cutting. “Our hospital family’s been looking forward to this day for a very long time.”

Auburn Mayor Rob Anders said the city gave $2 million for site preparation and infrastructure for the Auburn Medical Pavilion, and that the project adds 100 new jobs to the community.

The emergency department should open later this month, with the other services at the site available by the end of this summer.

EAMC’s Summer Storrs and John Atkinson showed off the new emergency department that is set to open later this month in the Auburn Medical Pavilion. 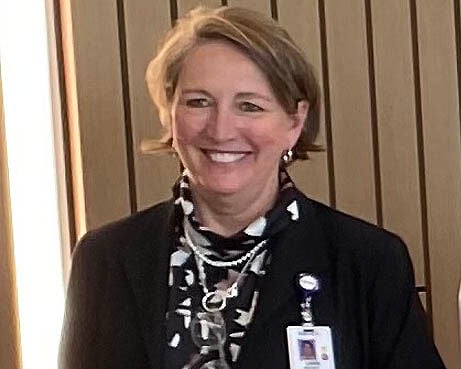