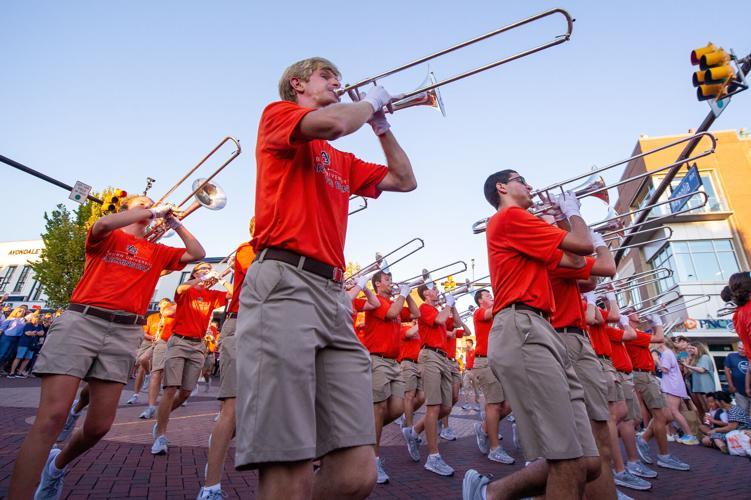 I needed Justin Lee’s column this morning. Thank you for reminding us that a first-and-10 mentality beats a fourth-and-one mentality every time! You brought tears to my eyes as I read about the great Auburn men and women in our past. The band’s story with Penn State last week was such a great testament of Auburn greatness, devotion and pride.

My husband and I were at Auburn during the Pat Sullivan and Terry Beasley era and our son and daughter were here in the middle ‘90s. Our granddaughters are both students at Auburn now! We believe in Auburn and love it so much that we retired and moved back here in 2018!

Thank you for making my day! Hope always abides in the Auburn faithful.

In 2008, AU fired a 7-5 Tommy Tuberville and hired Gene Chizik, who was 5-7 at Iowa State. Despite Chizik winning a national championship at AU, he was an awful head coach so was fired following his disastrous 2012 season. Next up was an inexperienced Gus Malzahn who was terminated in 2020 with a massive buyout compliments of fired president Steven Leath. Recently departed Athletic Director Allen Greene then saddled AU with his own bad hire, Bryan Harsin, who likely won’t last until Christmas as the AU head coach.

Harsin’s failings include: inability to recruit, lack of understanding of the SEC or Southern culture, poor position player development, ignoring the fan base and community, unbridled arrogance, excessive turnover of assistant coaches and surrounding himself with sycophantic followers from Boise State, all of whom are totally unqualified for their respective roles.

Including soon to be fired Harsin, AU head coach buyouts will have cost $47.5 million. That number does not include the contract payoffs for the assistants, so add at least another $10 million in wasted money.

Harsin needs to go…NOW! Trustees and meddling boosters need to butt out…NOW! AU needs to pay up front for a top quality coach, not afterwards for another inexperienced, ineffectual failure of a head coach.

Let’s have a contest for the worst paved street in Opelika. I nominate the 700-800 block of Avenue D. Weeds, grass growing in the cracks, at least 25 patches next to the post office, a major public area, historic district, a major embarrassment. What a shame.

Sunday’s editorial entitled “Cruelty with a Smirk” spoke to Florida Gov. Ron DeSantis’ action to fly illegal immigrants “to a fancy community in New England that was not expecting them.” The author seems to be scared to even name the community, specifically Martha’s Vineyard. Is it because Mr. Obama has a home there?

So, New England was supposedly overwhelmed by 50 illegal immigrants? That’s nothing compared to the thousands of immigrants illegally crossing the southern border every day, truly overwhelming our southwest communities and states.

Incidentally, the immigrants who were flown to Martha’s Vineyard were volunteers. What were their choices? Stay in Texas or make a trip to a fancy community in New England? Wouldn’t you also be a volunteer?

The Miami Herald, a left-leaning newspaper (aren’t they all nowadays?), further stated, “DeSantis is using and humiliating vulnerable human beings, people who risked their lives to escape their homeland for America, to make a political point.”

Yes, these immigrants did risk their lives. In fact, nearly 750 migrants have died while attempting to make the perilous journey across the southern border just this fiscal year. That’s when the word cruelty should be used. It is cruel that the Biden administration continues to keep the border open, enticing immigrants to risk their lives to come to America.