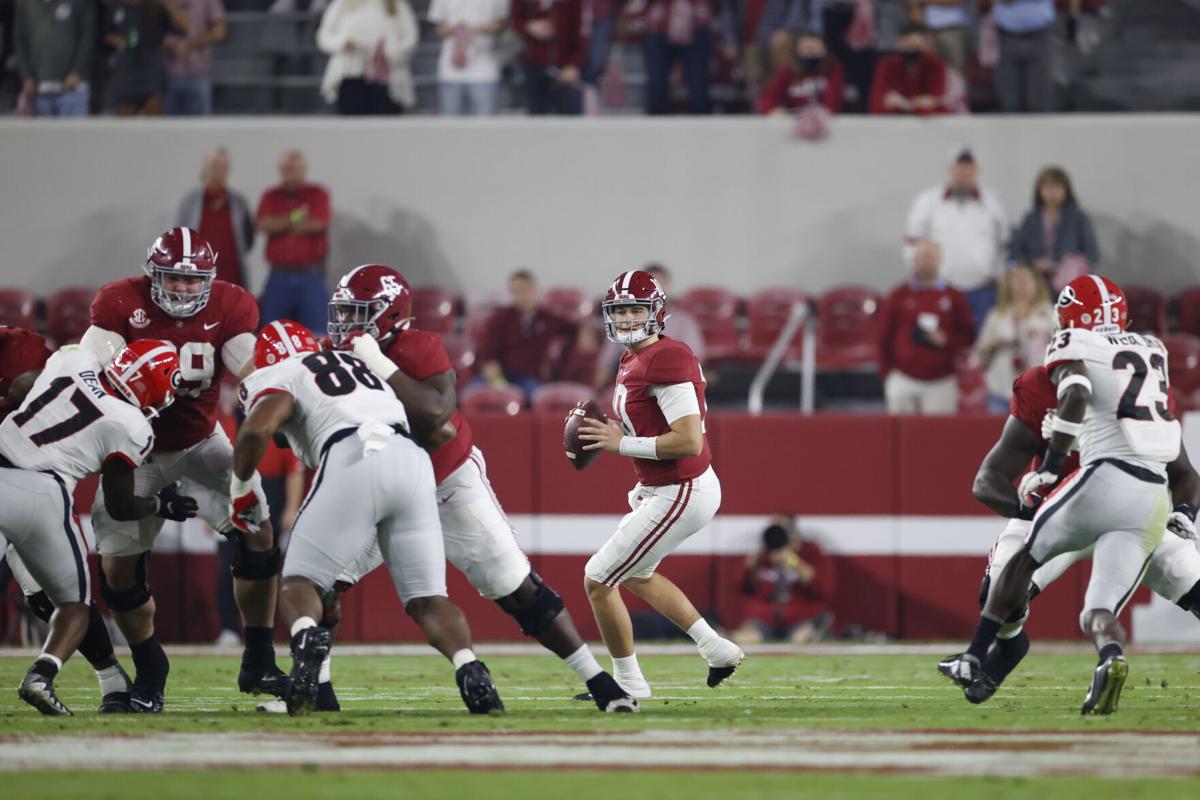 Alabama quarterback Mac Jones stands in the pocket as he looks down field for a receiver. 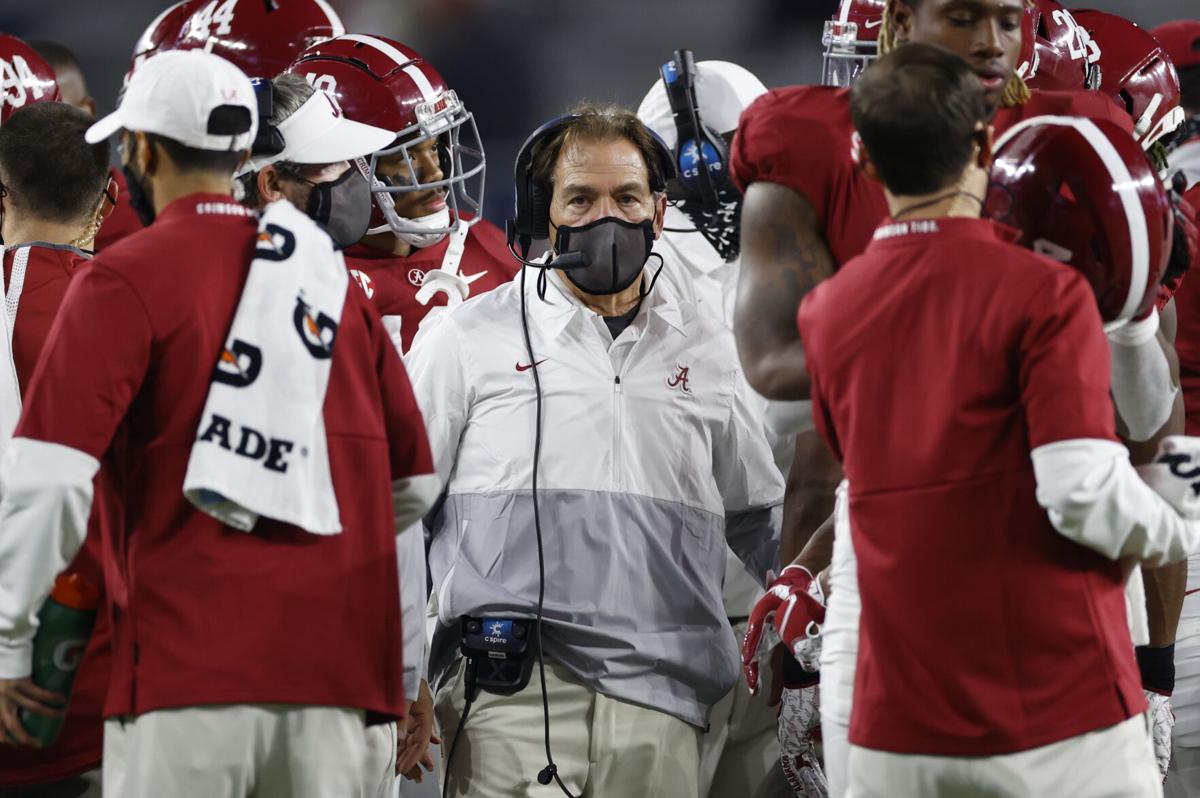 TUSCALOOSA — Mac Jones passed for 417 yards and four touchdowns and No. 2 Alabama's aerial assault picked apart No. 3 Georgia's heralded defense in the second half of a 41-24 victory Saturday night.

The Crimson Tide (4-0), with coach Nick Saban stalking the sideline after a COVID-19 scare, rallied with three touchdowns in a 10-minute span starting late in the third quarter of a battle of the Southeastern Conference's last remaining unbeatens.

The nation's top scoring offense ultimately got the decisive upper hand in a battle with the Bulldogs (3-1) and one of the nation's best defenses.

Smith caught 11 passes for 167 yards and two touchdowns, including one in the fourth quarter that effectively put it out of reach.

Then there was some old-school ground and pound too. Harris gained 152 yards on 31 carries carries with a touchdown during that game-clinching span. He did it against the nation's top run defense, which came in allowing 38 rushing yards and 12.3 points per game.

Stetson Bennett completed 18 of 40 passes for 269 yards and two touchdowns, including an 82-yarder to James Cook. But he threw three interceptions.

Alabama got a boost about seven hours before the game when the SEC cleared Saban to return to business of usual, determining a Wednesday COVID test was a false positive. He tested negative Thursday, Friday and Saturday.

A maskless Saban was yelling at a referee after an intentional grounding call in the second quarter.

The Tide has won the last six meetings with Georgia, including a 3-0 record against Saban's former defensive coordinator Kirby Smart. The first two came in the January 2018 national championship game and the SEC championship game the following season.

TUSCALOOSA — Replacing LaBryan Ray is more than replacing Alabama’s most experienced defensive linemen and its best defensive end. Alabama has an abundance of defensive ends, many of them having gained experience playing in Ray’s absence last season.

Rushing touchdowns by three different players and a defensive touchdown contributed to another Alabama victory over Tennessee, 48-17

KNOXVILLE, Tenn. — Losing their most dynamic player left Alabama in no mood to celebrate — not even a big win over a longtime rival.

TUSCALOOSA — Of the 76 FBS teams that have played a game this season, Alabama is tied for 60th in allowed 8.4 yards per attempt. It stands out in such company as one of very few teams that has been able to win while allowing so much through the air: the teams tied with Alabama for 60th (Air Force, Wake Forest and ECU) are a combined 3-4.

Alabama quarterback Mac Jones stands in the pocket as he looks down field for a receiver.