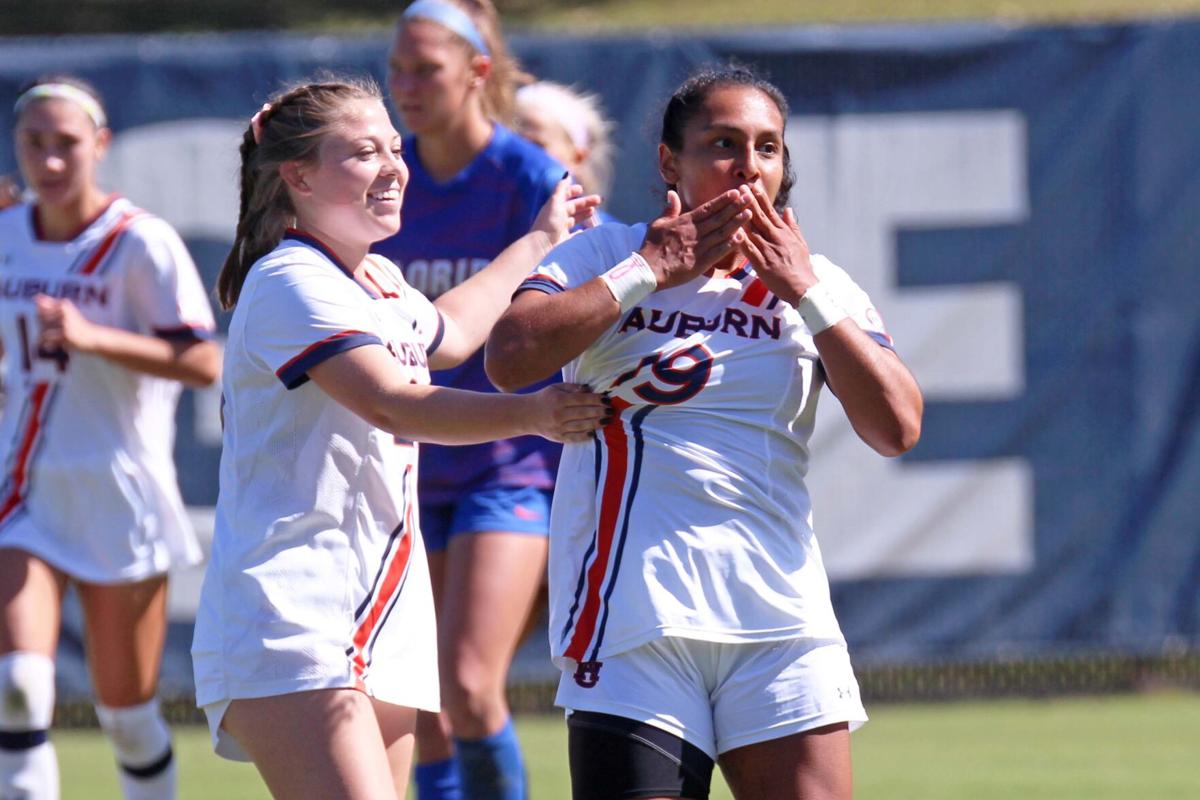 Auburn’s Marissa Arias celebrates her goal during the Auburn soccer game against Florida on Sunday at the Auburn Soccer Complex. 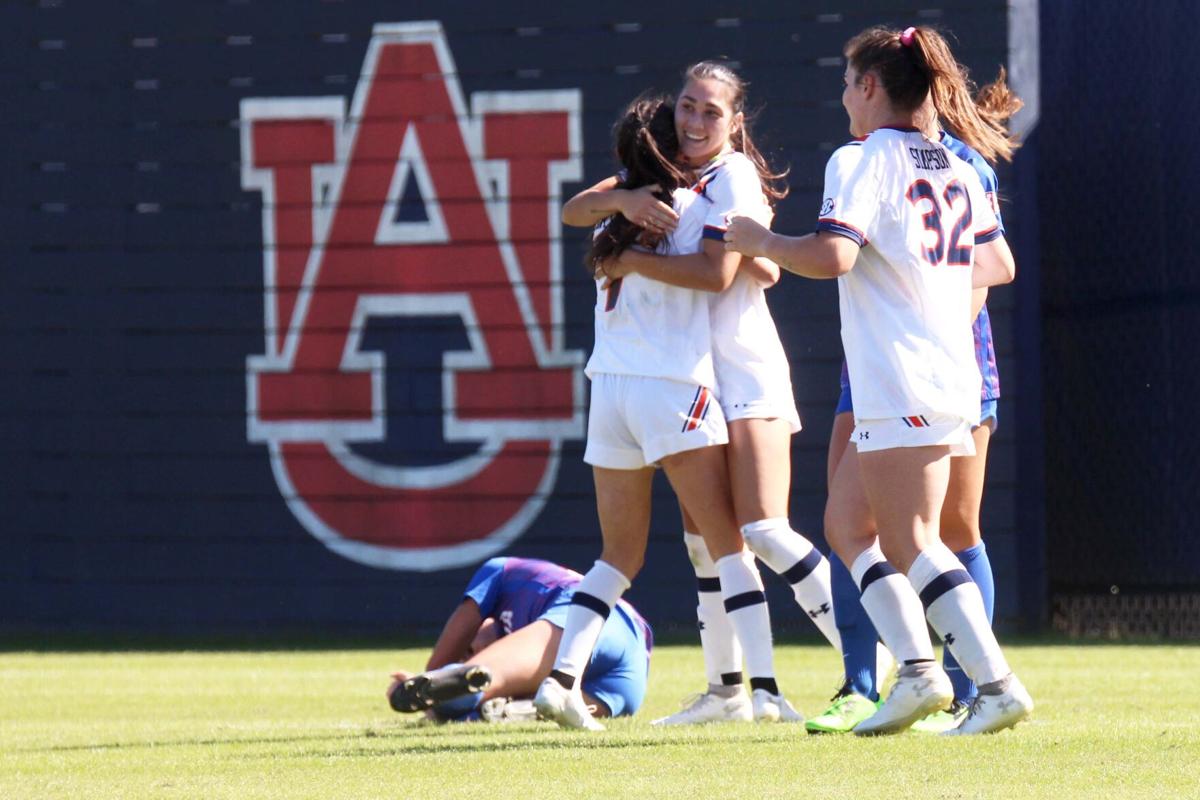 Sydney Richards, center right, celebrates her goal during the Auburn soccer game against Florida on Sunday at the Auburn Soccer Complex.

Pushing her way between defenders in a scoreless game against Florida on Sunday, Auburn’s sophomore looked up between the closing Gators and saw a sliver of space between the near post and the keeper. She knew that little window was where she needed to put it.

She skipped to the top of the 18, reared her leg back and fired, and after a rocket of a shot the Auburn soccer team was on its way to a 2-0 win at the Auburn Soccer Complex.

It was the second game-winner for Arias in two games for Auburn. She scored the golden goal against LSU last Sunday in overtime in another Auburn win. Then against Florida, she booted through the tiebreaker with perfect placement in the 52nd minute.

Auburn roared to 11-3-0 on the season and 5-2-0 in SEC play. Auburn has now won three straight games, with all three wins coming in shutouts.

Teammate Sydney Richards cleaned up an attack later in the 72nd minute to give Auburn its second goal Sunday.

“It felt nice,” Arias said simply after the win.

Arias after the LSU win said she was playing for teammate Kylie Bechard, who is out for the season with a leg injury that she suffered just before halftime in that LSU game. A week later, against Florida, when Arias scored, she pointed to her wrist tape which had Bechard’s number 13 written on it.

“I took a touch inside, and I saw a couple defenders draw towards me, but I saw them step and I saw an opening between the near post and the keeper, so I knew that was the space I had to put it in,” Arias said.

Auburn, now ranked No. 23 in the latest United Soccer Coaches rankings, next hosts No. 6 Arkansas in an important showdown Thursday.

Auburn rides a three-game winning streak — though in all three of those wins, Auburn didn’t find its game-winner until after halftime. Against Mississippi State on Oct. 7, it was Richards who scored in the 85th minute of a 1-0 win. Against LSU, Arias’ overtime goal came in the 93rd minute.

Auburn couldn’t crack the Gators in the first half Sunday, either, but Hoppa pointed to how her players have adjusted at halftime while finishing out those wins. She said her team responded “terrific” after halftime adjustments Sunday.

“The great thing about our team is, we’re young, but they get better every time we play,” Hoppa said. “I think that’s part of it, too. We learn as a team from the first half and we get better in the second half.”

Anna Haddock created Auburn’s second goal, bringing the ball in up the end line on her attack, then sending an on-target shot at the keeper after her nifty moves. The shot ricocheted off the keeper, and Richards was there to push the rebound into the net.

The Opelika-Auburn News' Jordan Hill and Justin Lee discuss the latest news for the Auburn football coaching staff plus basketball's week ahead.

Auburn’s Marissa Arias celebrates her goal during the Auburn soccer game against Florida on Sunday at the Auburn Soccer Complex.

Sydney Richards, center right, celebrates her goal during the Auburn soccer game against Florida on Sunday at the Auburn Soccer Complex.