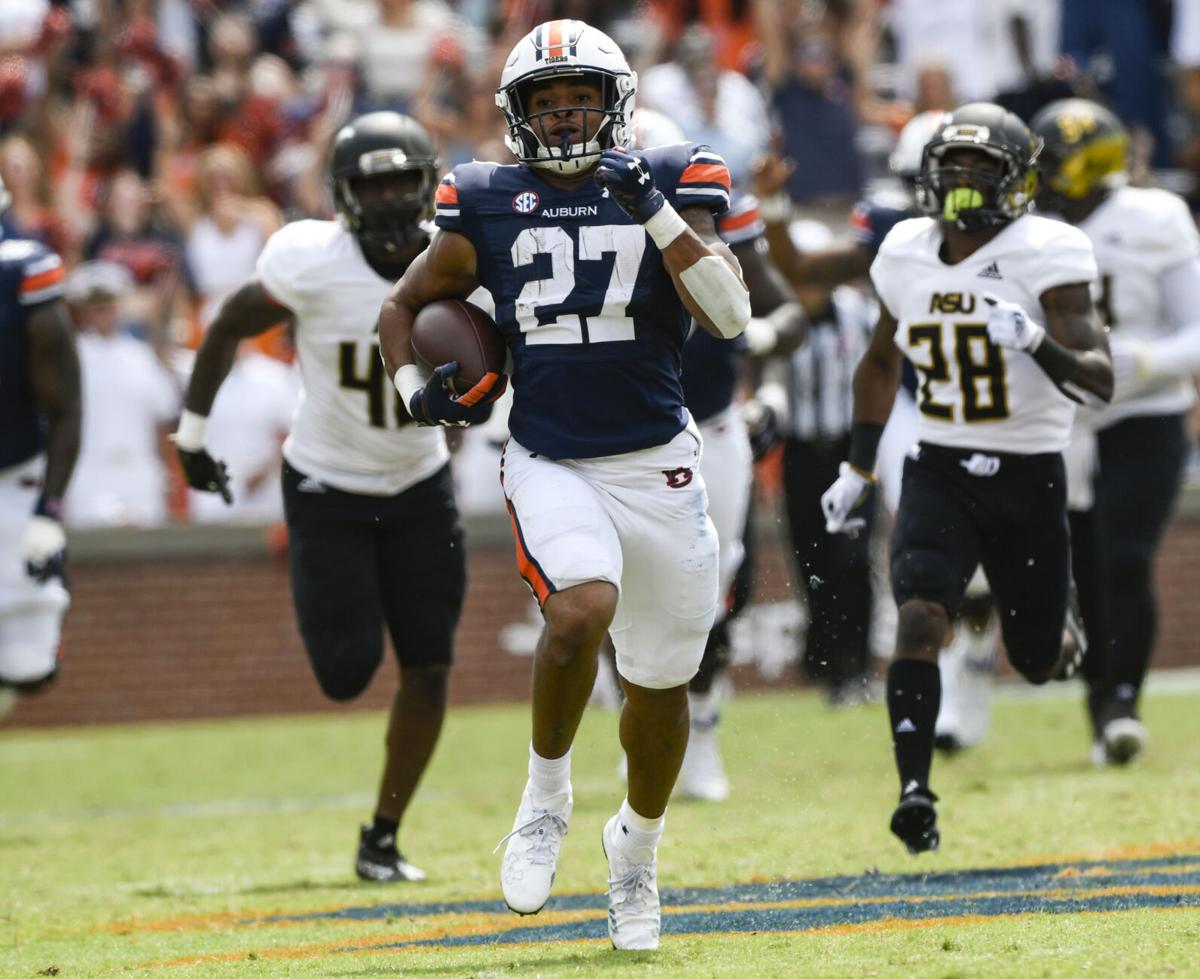 Auburn running back Jarquez Hunter (27) runs the longest touchdown between Auburn and Alabama State on Saturday at Jordan-Hare Stadium. 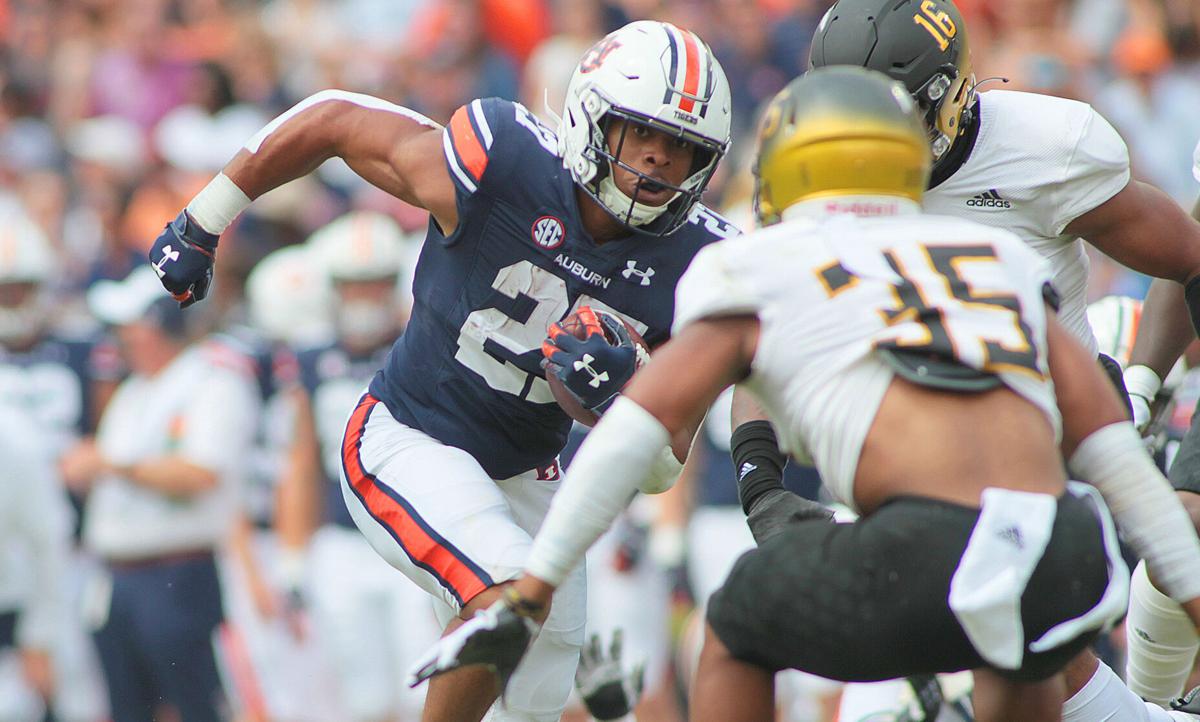 With senior Shaun Shivers unavailable for last week’s game against Alabama State, Auburn freshman Jarquez Hunter was tasked with filling his role at running back.

Hunter fulfilled his duties and then some in the 62-0 victory, and his performance only gave his teammates more confidence if he’s asked to do something similar this week.

Hunter ran for 147 yards and one touchdown – a 94-yard score, the longest run in program history – last week to cap a strong two-game stretch in which he’s actually outrushed starter Tank Bigsby by 16 yards on seven fewer carries.

With Shivers still considered day-to-day at the start of the week, there is a window for Hunter to step up and serve as the Tigers’ second tailback behind Bigsby once again.

As far as Bigsby is concerned, the true freshman is up for the challenge.

“He has everything that he needs,” Bigsby said Tuesday. “Jarquez is a very talented back. He has everything it takes to be a great back. I feel like he’ll be able to do the job if Coach calls his name.”

Hunter has turned heads since the season began, but his teammates explained he started impressing them practically as soon he arrived in the summer.

Bigsby and linebacker Chandler Wooten pointed to Hunter’s work in the weight room, where he quickly began squatting 600 pounds and, according to Wooten, made it look easy. Center Nick Brahms explained the young back caught his eye during stadium runs: Hunter kept going once the team finished its set of 17, and after initially thinking Hunter was behind Brahms realized he was simply doing more.

“It’s really just his mindset as a freshman,” Brahms said. “It’s really uncommon for freshmen to think like he does. His work ethic was outstanding. You don’t see that a lot with freshmen. He’s one of a kind. He’s going to have a lot of success.”

Hunter told reporters on Saturday he found out the day before he would have a bigger role against Alabama State, and he didn’t waste that opportunity. Hunter ran hard throughout the game and ended his afternoon with a bang by taking a carry up the middle and racing past any nearby Hornet on a 94-yard run that put the Tigers up by 55 late in the third quarter.

Hunter’s efforts earned him a game ball and plenty of praise two days later from his head coach.

Hunter has hit the ground running to start his collegiate career, though the Tigers’ next opponent is clearly their toughest of the young season. Penn State enters Saturday’s game allowing just under 125 yards per game, including an impressive effort against Ball State last week that saw the Cardinals only pick up 69 yards on the ground.

After joining Auburn as a late signee in its February class, Hunter has made the most of his first two games with the Tigers. It isn’t clear yet whether or not he’ll be called upon to take significant carries for the third straight game; either way, he’s determined to be ready should his name be called.

“I never thought I’d have back-to-back 100-yard games, but I’ve been doing alright so far,” Hunter said after the Alabama State game. “[I’ve] just got to get better each week, every game week.”

Auburn running back Jarquez Hunter (27) runs the longest touchdown between Auburn and Alabama State on Saturday at Jordan-Hare Stadium.