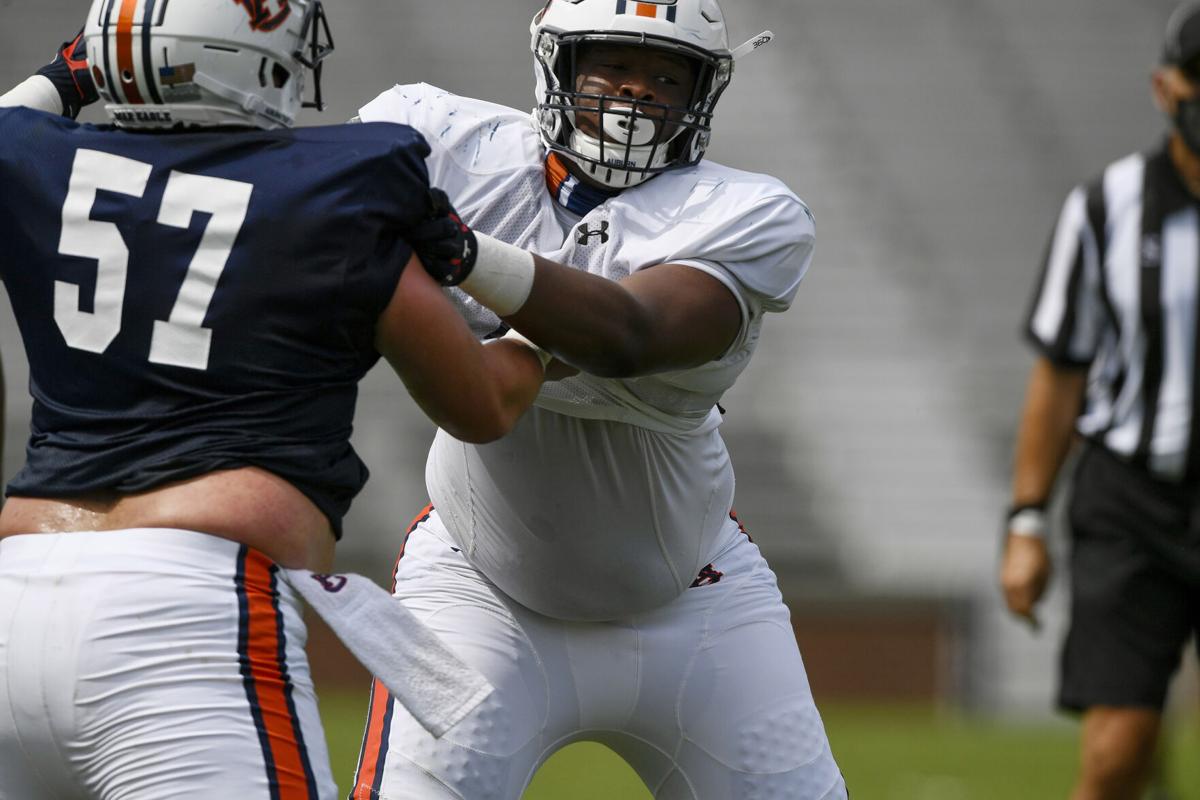 Auburn defensive lineman Jay Hardy (4) fires off the line during the Tigers’ scrimmage on Aug. 22, 2020 in Jordan-Hare Stadium.

It appears the Auburn Tigers will be losing another defensive lineman this spring.

The 6-foot-3, 317-pound Chattanooga, Tennessee native signed with Auburn as a four-star recruit in the class of 2020. He only appeared in the Vrbo Citrus Bowl as a true freshman and did not record any statistics.

Hardy was one of several Auburn players who was working with a new position coach this spring. New defensive line coach Nick Eason mentioned Hardy briefly when discussing his defensive linemen during Eason’s media session on April 7.

“Daniel Foster-Allen, who just recently — he just dealt with some injuries as well as Jay Hardy. They’ve all been doing really well,” Eason said. “I think that’s one of the reasons why I’m here, to help get the best out of all of them and make sure they’re improving every day. We have a long ways to go, by all means necessary, but they’re getting better every day.”

Hardy was one of several players who was not present for Auburn’s A-Day spring game on April 17. Auburn head coach Bryan Harsin was asked about his absence as well as Handy’s following the scrimmage.

“Yeah, Handy and Hardy. Same thing with those guys,” Harsin said. “Those guys weren’t out there today for various reasons. Just weren’t a part of what we were doing today. Those things happen. As we move into the next phase, those things will be revisited. And then we’ll get in the summer, and we’ll have new players coming in. Then we’ll go from there.””

Hardy’s departure stands as another blow suffered by the Tigers’ defensive line this spring. In addition to the loss of Handy, rising sophomore tackle Jeremiah Wright tore his ACL during spring practice.

Shortly after Wright got hurt, the Tigers decided to move rising sophomore JJ Pegues to tackle.

LEE: Harsin hasn’t had much NFL Draft talent. Auburn’s plan is to equip him with it.

Harsin couldn’t close the deal on Wilson or Lance. Auburn figures that, next time, he will.

Saturday proved to be a busy day for several Auburn football players hoping to be selected in the NFL Draft.

According to multiple reports, Auburn Edge player Jaren Handy has entered the transfer portal. The news comes after the rising junior was not on hand at A-Day on April 17.

Auburn defensive lineman Jay Hardy (4) fires off the line during the Tigers’ scrimmage on Aug. 22, 2020 in Jordan-Hare Stadium.