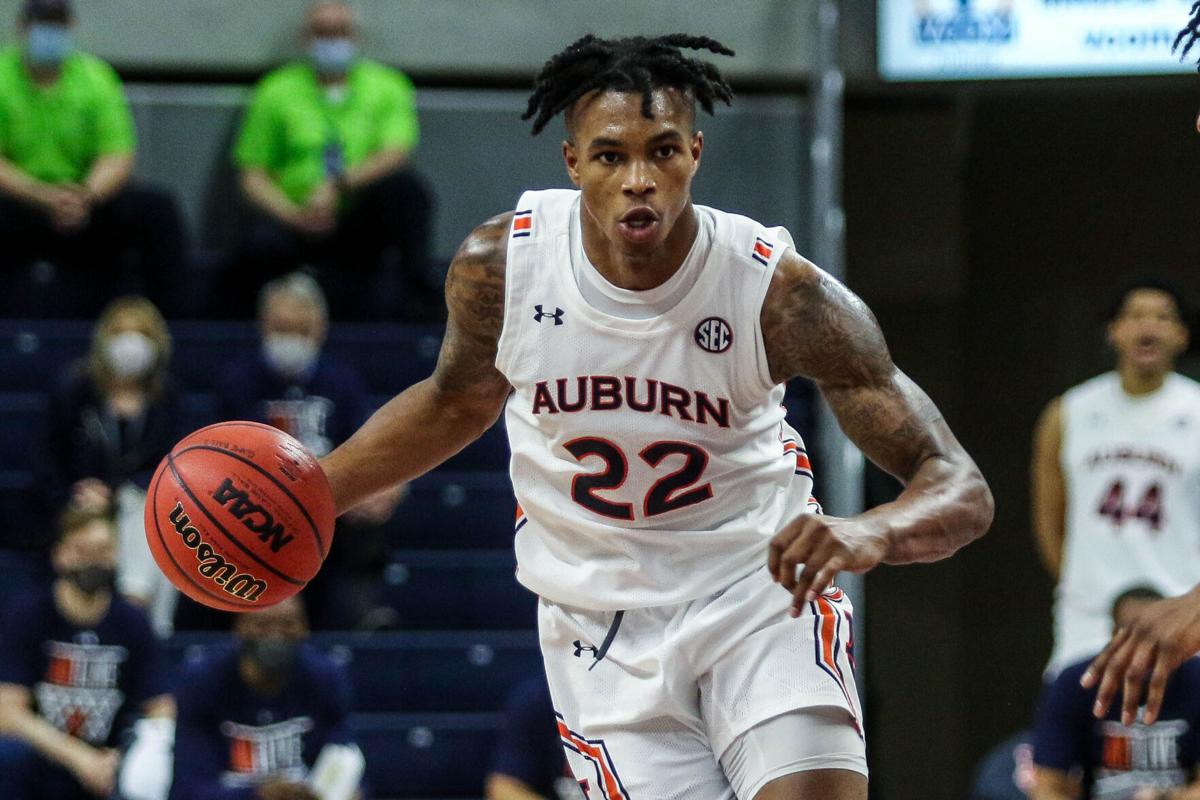 Auburn guard Allen Flanigan (22) dribbles the ball during the Auburn vs. Tennessee men’s basketball game on Feb. 27 at Auburn Arena. 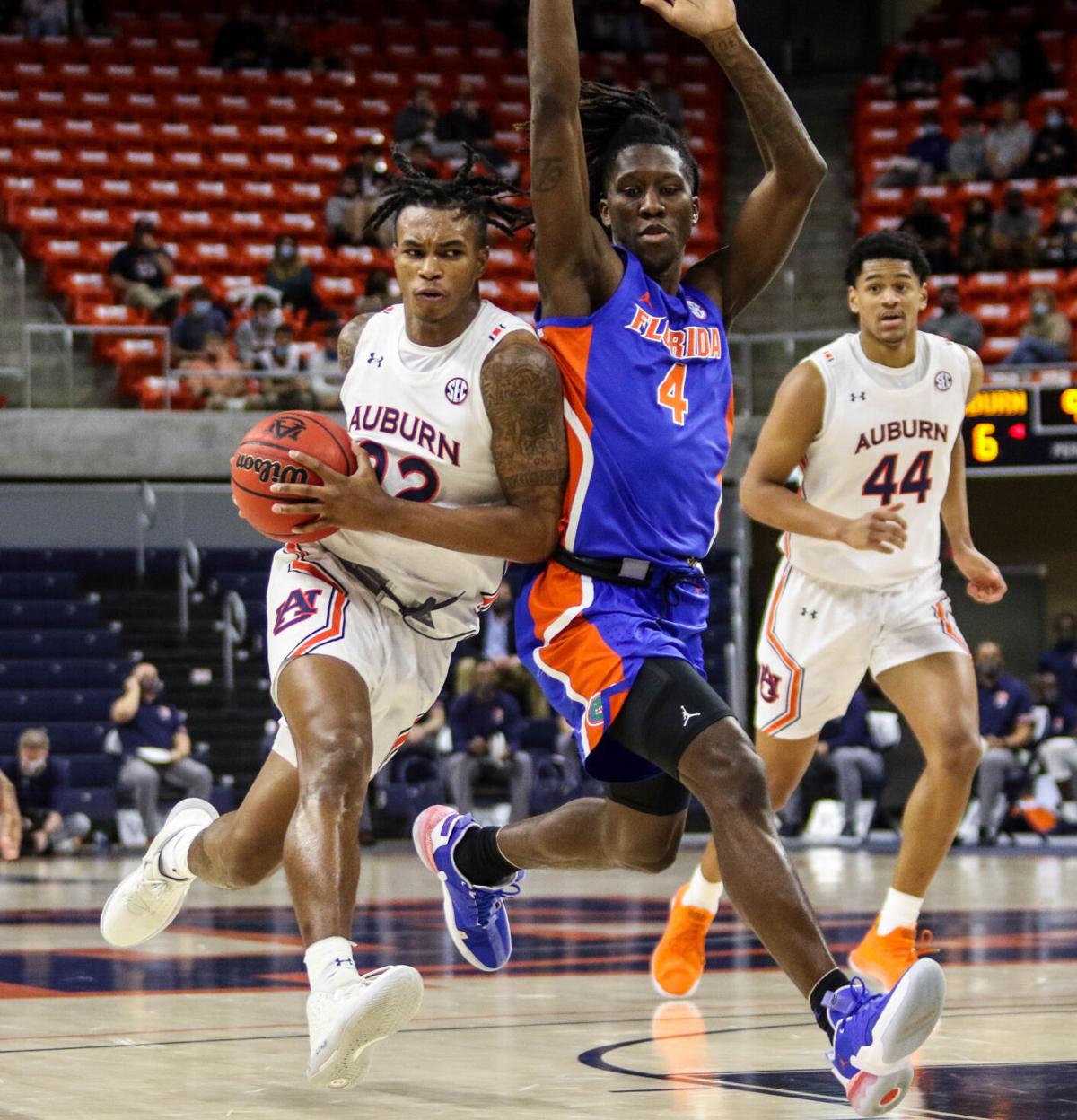 Auburn's Allen Flanigan (22) tries to dribble past Florida's Anthony Duruji (4) during the Auburn vs. Florida men's basketball game at Auburn Arena on Feb. 23.

Auburn small forward Allen Flanigan is on the mend as the Tigers close in on the start of their 2021-22 season.

Auburn announced Tuesday that Flanigan has undergone surgery to repair his right Achilles tendon. He is expected to miss 12-14 weeks as a result.

Flanigan’s surgery, which was for a non-basketball related injury, was conducted Friday at the Andrews Sports Medicine & Orthopedic Center at St. Vincent’s Hospital in Birmingham.

“Allen is one of our top players and top players in the SEC,” Auburn men’s basketball coach Bruce Pearl said in a statement. “I’m disappointed for him but know he will do everything in his power to get back and lead us this season.”

Flanigan was expected to shift back to small forward – his natural position – this season. Based on his recovery timetable, he should be back in either late November or early December as the Tigers continue non-conference play.

Flanigan was asked to take on a bigger role on an inexperienced Auburn team last season, and he wasted little time in proving he was up for the challenge.

Flanigan averaged 14.3 points per game – second only to freshman point guard Sharife Cooper – while chipping in 5.5 rebounds per contest and a total of 78 assists. His most productive game offensively came against South Carolina on Jan. 23, when he posted a career-high 24 points in the Tigers’ 109-86 victory.

Flanigan could have potentially entered the NBA draft process this offseason but ultimately decided on April 20 that he would return to the Tigers.

“As many of you know, playing in the NBA has always been my lifelong dream, but I also have other goals and dreams like becoming an All-SEC player or award finalist and leading this team to something special like an SEC Championship or NCAA Tournament,” Flanigan wrote in part on social media.

“With that being said, I will no longer be focusing on the 2021 NBA Draft. I’m coming back! The journey continues … let’s be great!!!”

Flanigan not only played well at shooting guard, but he also stepped up with the Tigers needed him elsewhere. Flanigan played point guard when Cooper was not available on multiple occasions in order to help Auburn while the NCAA determined the freshman point guard’s eligibility status.

“It was just a new experience for me, playing [point guard] in a game. I’ve been working on it this summer and in practices throughout the preseason,” Flanigan said on Dec. 15. “Coach Pearl, he’ll move it around a couple of games. I like it.”

Flanigan’s strong sophomore season came after a freshman campaign in which he appeared in all 31 of the Tigers’ games and averaged 3.2 points, 2.7 rebounds, 0.4 assists and 0.3 steals in 13.7 minutes per game.

Auburn opens the season on Nov. 9 when it hosts Morehead State.

Why are the Cowboys favored to win the divison?

Auburn guard Allen Flanigan (22) dribbles the ball during the Auburn vs. Tennessee men’s basketball game on Feb. 27 at Auburn Arena.

Auburn's Allen Flanigan (22) tries to dribble past Florida's Anthony Duruji (4) during the Auburn vs. Florida men's basketball game at Auburn Arena on Feb. 23.