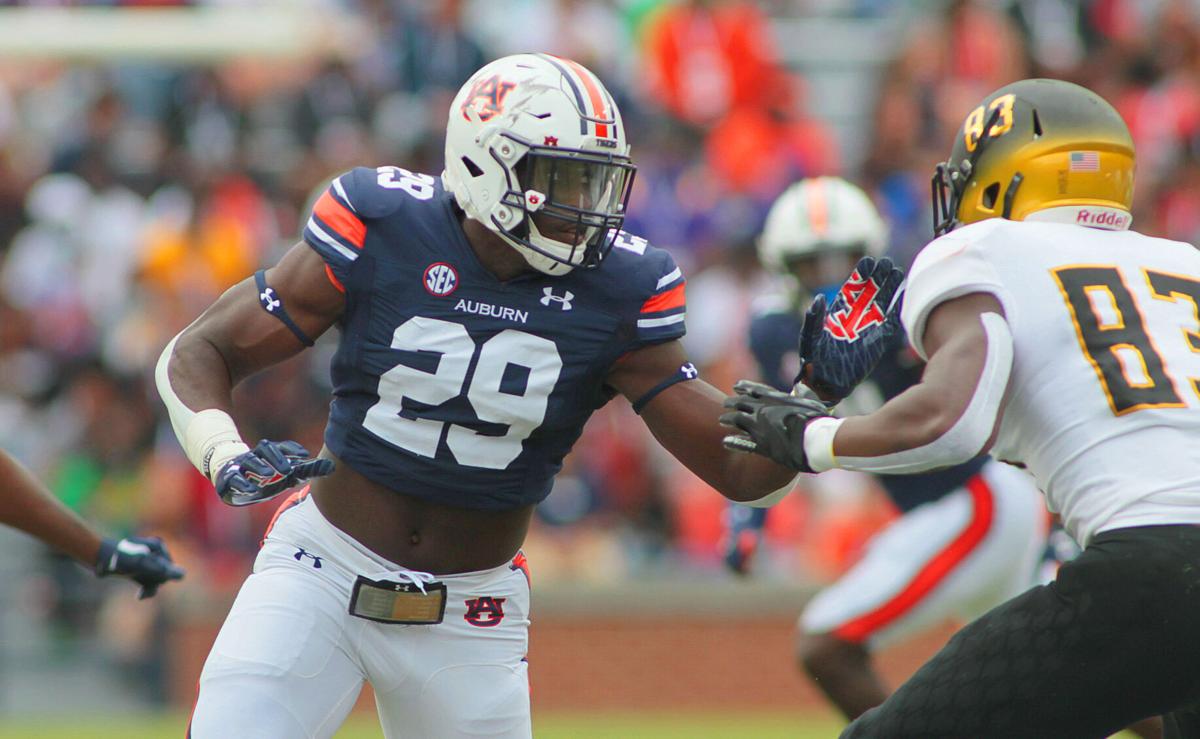 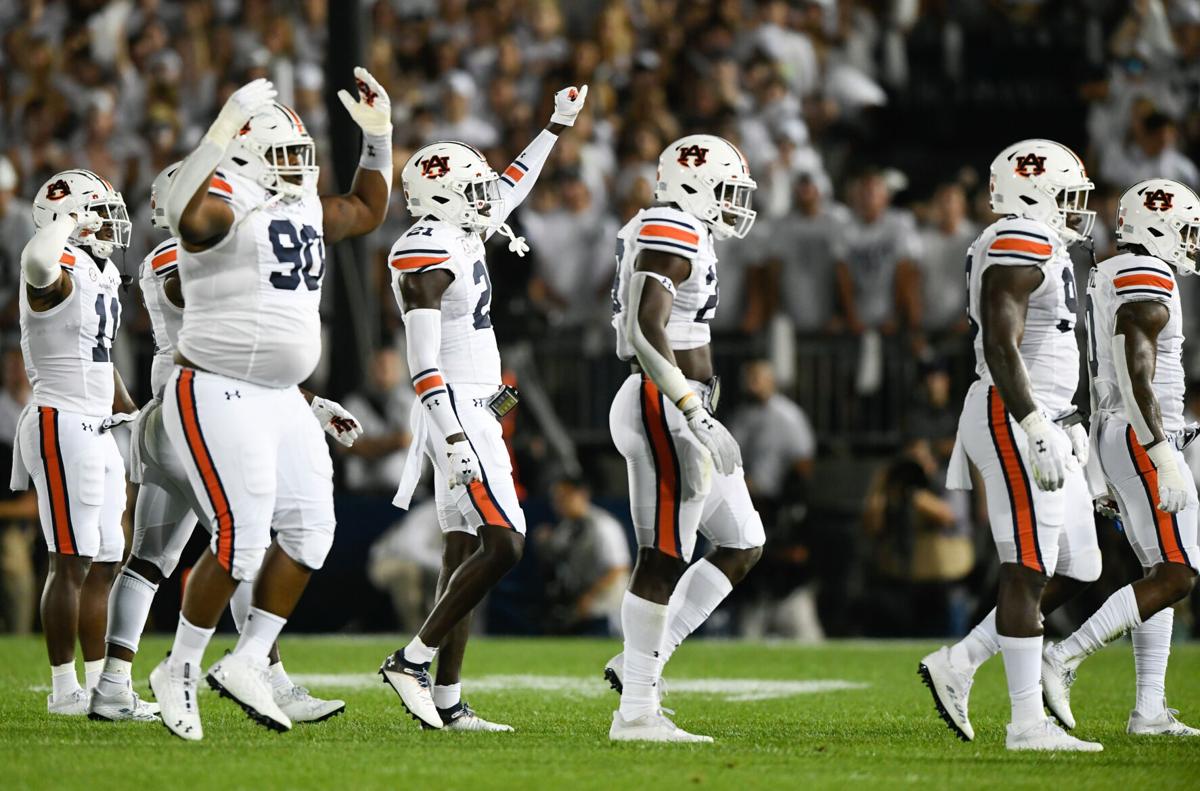 Derick Hall (29) and the Auburn defense celebrate during the game at Penn State at Beaver Stadium.

With six games in the books this fall, Auburn EDGE Derick Hall sees the Tigers’ defense as being fully capable of reaching the next level.

Auburn’s defense has had its share of mistakes in 2021, but on the whole the Tigers stand among the nation’s most-productive groups in several key categories. The Tigers are 24th nationally in third-down defense, 26th in scoring defense (19.2 points allowed) and 33rd in total defense (322.2 yards per game).

While the Tigers have been among the nation’s top defenses statistically, Hall sees room for improvement with six games to go in the regular season.

“I think it’s just being more consistent and be able to put it together through a whole four quarters of a game,” said Hall, who has 25 tackles, five tackles for loss and three sacks this season. “That’s really going to impact our future here over the second half of the season. I think guys really understand that. We know we’re that close to being great.

“Three or four plays caused us to lose a couple games here and there, so I think just being able to put our heads together and know we’re just that close to being a great defense and be successful is going to help us push and give us momentum the second half of the season.”

Although the Tigers’ numbers stack up well with some of the top defenses across the country, there are a few areas of concern – most notably their red-zone defense.

Auburn’s opponents have scored on 94.7 percent of red-zone trips this season, which leaves the Tigers with the eighth-worst red-zone defense in the nation. While the Tigers have done a better job of limiting some of those drives to field goals – the Tigers are 59th in the country thanks to only allowing 57.9 percent of those drives to end in seven points – Hall and his teammates recognize there’s room for improvement.

Hall explained Auburn’s ability to keep opponents out of the end zone ties into the defense’s mantra of “Three or less requires our best.” Still, Hall expects the defense to take another step forward as it hopes to be considered one of the best in the SEC West.

“When they get down in the red zone, we either want them to get a field goal or nothing or a turnover,” Hall said. “[Red-zone defense is] something we’ve always emphasized, but I think, you know, just the defense as a whole, we’ll get it right.”

If Auburn successfully steps up its defensive play, the team has to rise to the occasion starting Saturday at Arkansas.

Hall offered his initial read on Razorbacks quarterback KJ Jefferson, saying the sophomore is a run threat and emphasizing setting the edge and containing him both on the ground and through the air. Hall understands the challenge presented by an Arkansas squad coming off a 51-point performance against Ole Miss, but he believes he and his teammates are up for the challenge.

Hall has seen glimpses of the Auburn defense living up to the standard he and his teammates hold for themselves. If he and the rest of the defenders can correct what’s been holding them back, he believes others will see it soon, too.

“We’re going to have to be on our A game going into Saturday at 11 o’clock. I think it’s important to put two and two together — front end and back end — and be able to play ball,” Hall said. “Like I’ve said, we’ve put great defense together in spurts. If we’re able to do that for a full four quarters, I think we’ll have no issue going out and executing our plays.”

Bryan Harsin declined to comment on whether or not he’s been vaccinated when asked Monday. Auburn University announced Friday a mandate requiring all faculty members be vaccinated.

Auburn now has a championship banner on campus honoring its favorite tiger.

With seven games in the books, things are looking up for the Auburn Tigers. Let's take a look at five big questions the Tigers will face with five regular season games to go.

Suni Lee survived the fright of elimination on Monday’s Halloween-themed episode of Dancing With The Stars, and advanced to dance again for another week on the show.

Ole Miss looks to prove it's here to stay and Alabama hosts Tennessee in games highlighting the SEC schedule on Auburn's open date.

Another top-10 challenge: Ole Miss, Auburn both move up in national rankings

Another top-10 challenge is coming to the Plains.

Staff picks for Auburn football's Most Valuable Players so far

With the Tigers on bye at the not-quite-midway point of the season, the O-A News staff has put together its superlative picks for the first part of Auburn's football season.

Derick Hall (29) and the Auburn defense celebrate during the game at Penn State at Beaver Stadium.