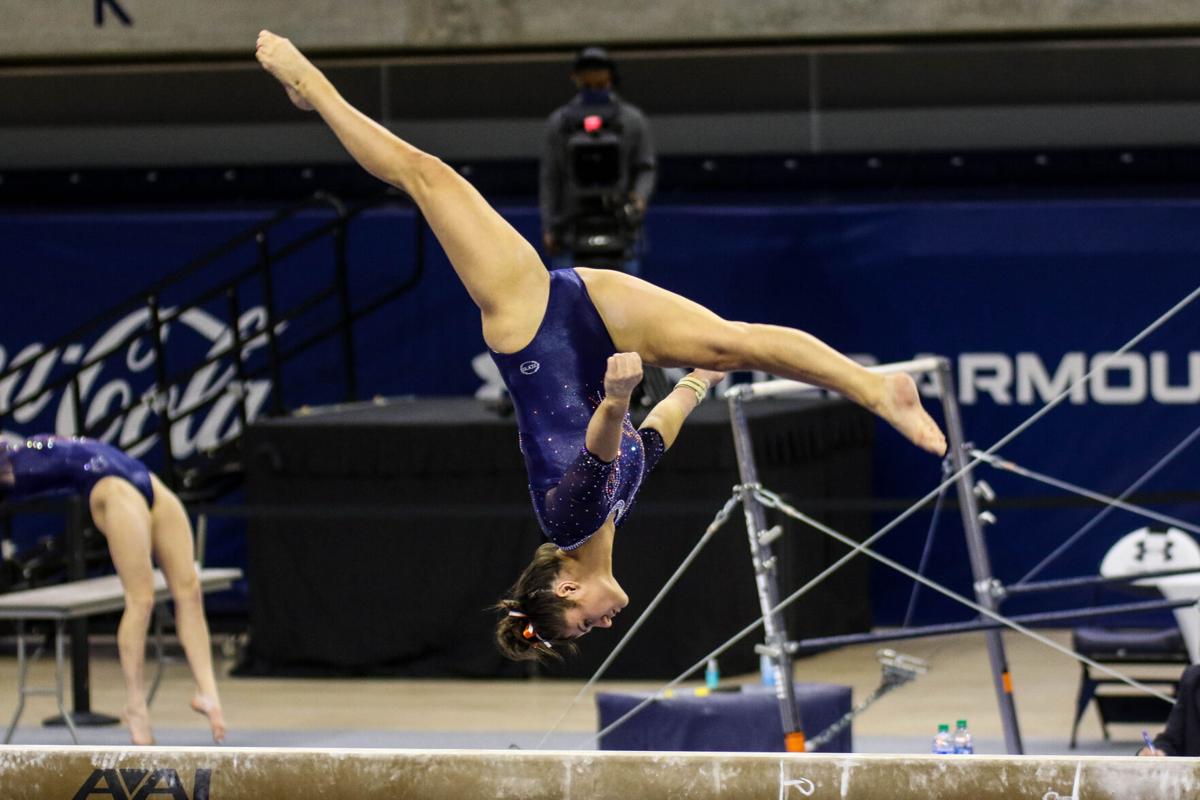 Auburn’s Meredith Sylvia performs on beam against Georgia on Feb. 19 in Auburn Arena. 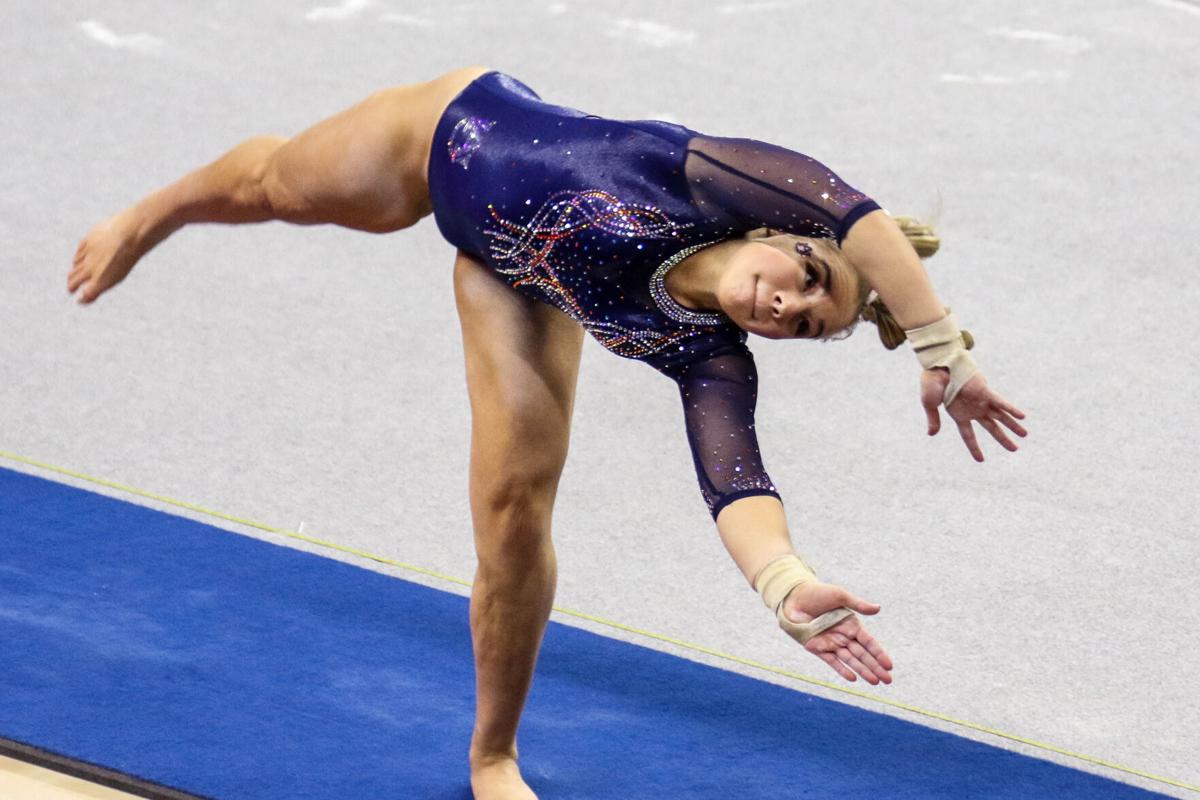 Auburn’s Piper Smith does her vault during the Auburn vs. Georgia gymnastics meet at Auburn Arena on Feb. 19, 2021.

Auburn takes one step closer to the postseason this week.

After the Tigers threw down a big score at Florida on Friday, their playoff positioning will come into focus Monday with the first release of the National Qualifying Score (NQS) rankings.

After a high-flying night down by The Swamp, the Tigers just might like their starting spot on the road to nationals.

Auburn scored big with a 197.025 team score on Friday in the team’s meet with No. 1 Florida, boosting the Tigers’ best road score of the season by nearly a full point — which is a massive difference in NCAA gymnastics.

And it’s massively important considering the way the NCAA’s postseason is laid out this year.

This season, each team’s top two home scores and top two road scores count as National Qualifying Scores, which will be used to seed teams at the NCAA Regionals in April.

The top 16 teams by NQS will earn national seeding at the season’s end. Auburn entered this week ranked No. 18 in the country by scoring average. To get up off the bubble and get into a comfortable seeding position, the Tigers needed the NQS rankings to drop their lower scores and they needed to lay down some big performances down the stretch of the season.

Auburn got that big performance Friday. Star junior Derrian Gobourne threw a career-best in the all-round, highlighted by a stellar 9.950 performance on floor which one judge awarded a perfect 10, and sophomore Cassie Stevens bounced back from a fall earlier in the night to throw a 9.875 on beam on Auburn’s last routine of the night to push Auburn over that 197 milestone.

A 197 is a strong score, and only the nation’s top five teams are averaging a 197-plus every meet. Auburn had reached it twice at home this season, to give the team two home scores for the NQS that the team could be satisfied with, but the Tigers needed to up their road scores. They did just that.

Reaching a 197 at home against LSU on Feb. 5 and against Georgia on Feb. 19 were reasons to celebrate for Auburn — but hitting it on the road Friday marked an even bigger milestone.

Auburn’s 197.025 at Florida is its new top road score, with its 196.100 representing the second road score that will be factored into Monday’s first NQS rankings.

Auburn has one more chance to up each, first with its home finale with No. 6 Arkansas set for March 5. The bigger opportunity will come at the SEC Championship meet on March 20 in Huntsville, which will count as a road score for the Tigers and will provide Auburn its last chance to drop that 196.100 for something better.

Auburn’s third-best road score was a disappointing 195.575 at Alabama on Jan. 22, now dropped from

NQS consideration by the score at Florida — a whopping 14 tenths better.

Auburn’s 197.025 at Florida marked Auburn’s fourth-best road score in school history. Entering this past week, only nine teams in the country had topped a 197 in a road meet this year.

The Tigers have work left to do, but for now they’re hoping they’ve done enough to earn positioning comfortably inside the top 16. In all, 36 teams make the NCAA postseason, but after 16, geography becomes a factor and so do play-ins.

The national seed can put the Tigers in position to give the postseason their best shot.

They proved Friday that their best shot is pretty good.

Look to the Chargers and Seahawks to make the playoffs

US Open: Can Phil Mickelson make the cut after A +4 Round 1

US Open: Can Phil Mickelson make the cut after A +4 Round 1

An injury could cost Jacob deGrom an award

An injury could cost Jacob deGrom an award

"When it's actually here it's very different. It's way more exciting and way more special than you could have ever imagined."

For Allen Flanigan and Wes Flanigan, every day in Auburn is a little more like Father’s Day.

“I'm super excited for the chance to compete against the pros again ... I’m just very excited to leave it all one the table and just for a chance to make the Olympic team.”

The Auburn Tigers have another marquee matchup with an ACC opponent scheduled for the future.

Auburn’s Meredith Sylvia performs on beam against Georgia on Feb. 19 in Auburn Arena.

Auburn’s Piper Smith does her vault during the Auburn vs. Georgia gymnastics meet at Auburn Arena on Feb. 19, 2021.