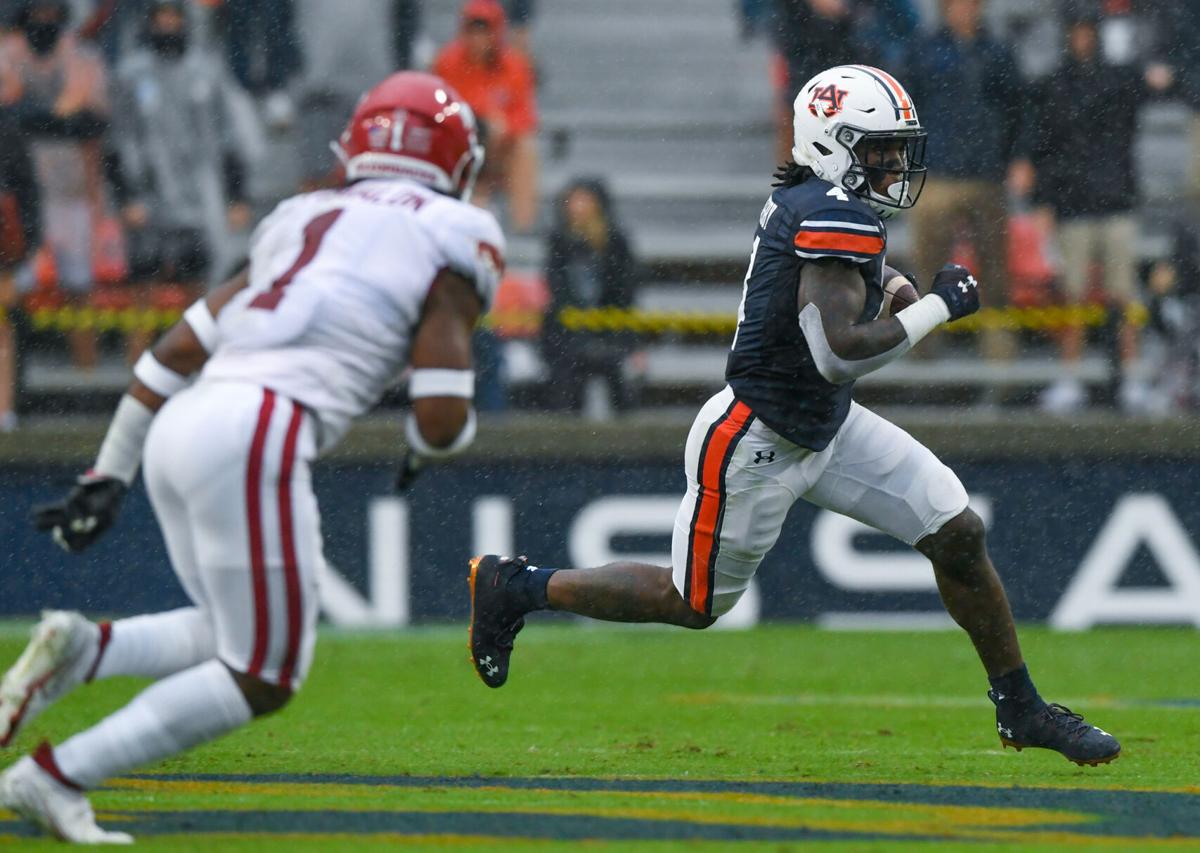 Auburn running back Tank Bigsby runs for a first down during the team’s win over Arkansas on Oct. 10, 2020, in Jordan-Hare Stadium. 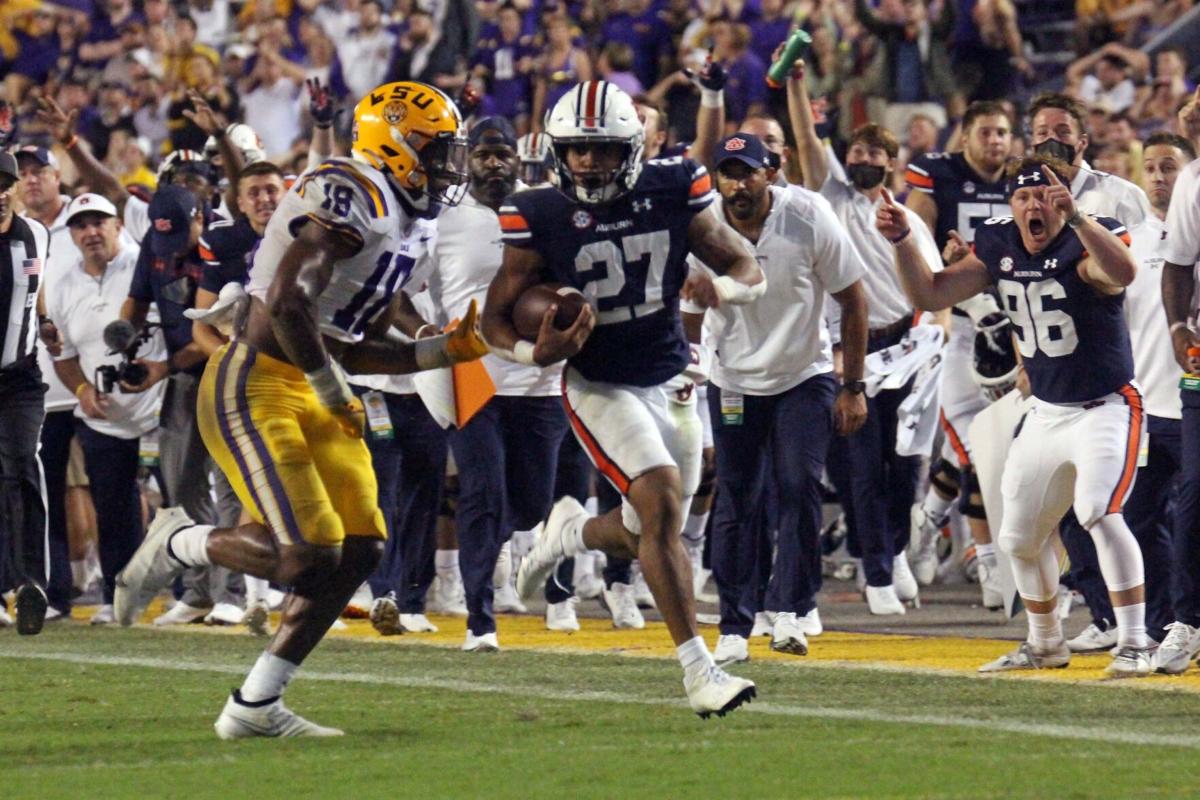 Auburn's Jarquez Hunter runs for a big gain in the fourth quarter during the Auburn football game at LSU on Oct. 2 in Baton Rouge, La.

Last season, Auburn freshman running back Tank Bigsby had the breakout game of his young collegiate career by taking 20 carries for 146 yards in the Tigers’ 30-28 victory over the Razorbacks. Bigsby and the running backs are eager for a repeat on Saturday, but the second-year Arkansas head coach recognizes his squad can’t afford for that to happen.

“I can just remember, you know, from rewatching the game as well from last year, we just couldn’t get [Bigsby] on the ground. You know, he has those big, strong, powerful legs. He’s just special,” Pittman said Wednesday. “We’re going to have to get more than one guy around him, and that’s hard to do because their line is playing so well.”

The Tigers are looking for similar success this go around in Fayetteville, though it is far from guaranteed.

Bigbsy has been uncharacteristically quiet over the last few weeks, as the sophomore has not eclipsed 60 yards in the team’s last three games. While those efforts were minimized in Auburn’s game against LSU thanks to quarterback Bo Nix’s outstanding efforts through the air, they were hard to ignore against Georgia, when as a team the Tigers only managed 1.6 rushing yards per carry.

The good news for Auburn is there appears to be a window of opportunity against Arkansas.

The Arkansas defensive front has struggled to stop the run this fall, so much so that the Razorbacks rank 98th in the country thanks to allowing 181.5 rushing yards per game. The team hit a new low last week against Ole Miss, as the Rebels reeled off 324 rushing yards and five touchdowns in a 52-51 Arkansas loss.

While there is clear opportunity for Auburn to rely on its running game once again, the Tigers understand doing so is easier said than done.

“I think the Arkansas defense plays pretty good. They are physical up front. They play hard. They play fast,” senior running back Shaun Shivers said. “It doesn’t matter who they are playing, they’re going to be disruptive and play fast and physical. It’s going to be key for us to get out there and protect the football and just run hard and do the things that we do here at Auburn.”

Shivers is set to be part of the Tigers’ three-headed monster at running back alongside Bigsby and true freshman Jarquez Hunter, who has been the Tigers’ breakout player this fall. Shivers explained he personally didn’t feel any sense of urgency as the Tigers begin the second half of the season, and he added he felt the offense is getting stronger week after week.

Bigsby will likely lead the charge once again as Auburn takes on Arkansas. While the Razorbacks will have to account for Hunter and Shivers as well, Pittman is determined to make sure No. 4 doesn’t ruin his Saturday for the second straight year.

Auburn running back Tank Bigsby runs for a first down during the team’s win over Arkansas on Oct. 10, 2020, in Jordan-Hare Stadium.

Auburn's Jarquez Hunter runs for a big gain in the fourth quarter during the Auburn football game at LSU on Oct. 2 in Baton Rouge, La.