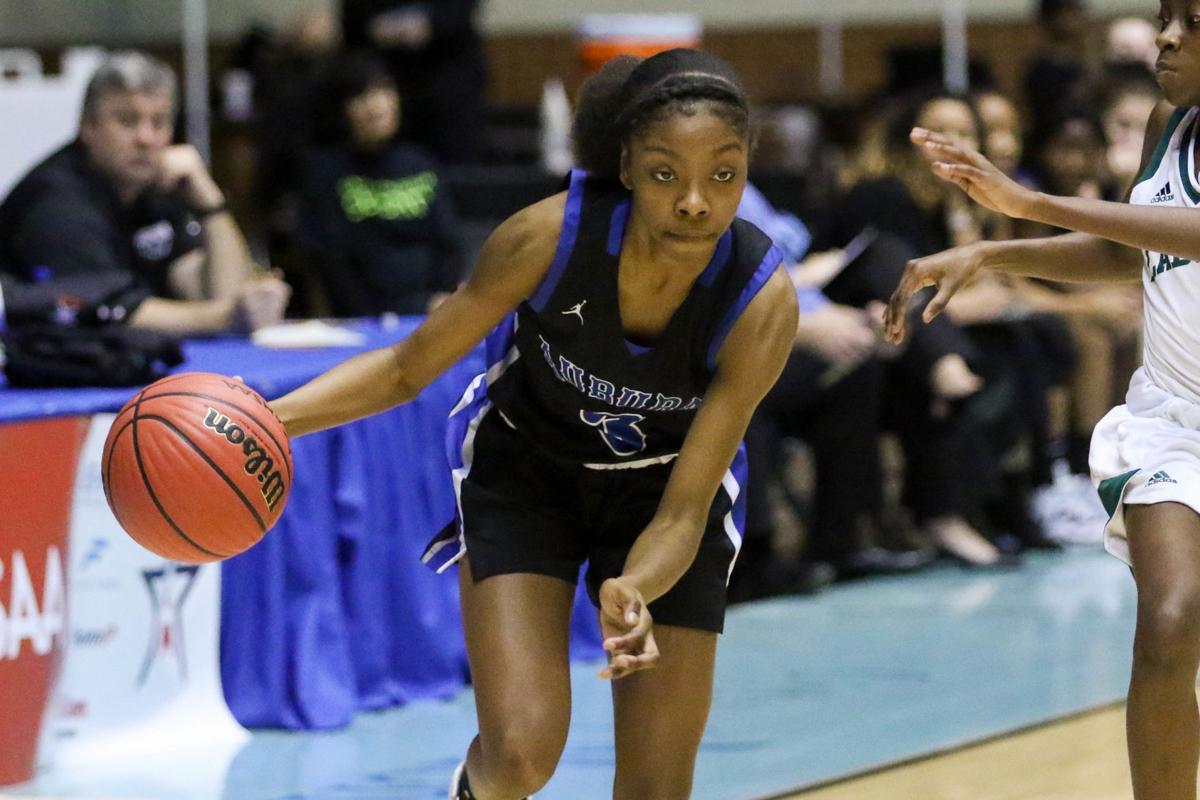 Auburn’s Syriah Daniels (3) dribbles the ball during the Auburn High vs. Jeff Davis girls Class 7A Regional Semifinals at Garrett Coliseum in Montgomery on Feb. 13, 2020. 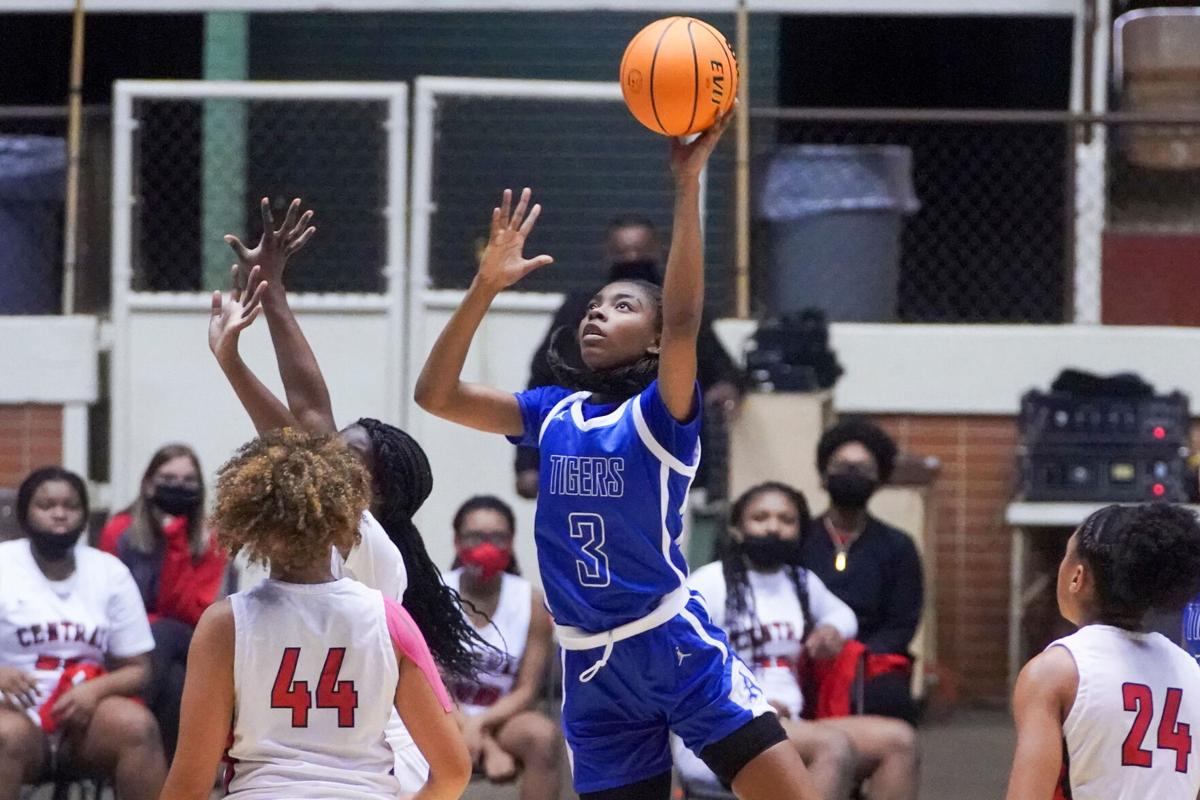 Auburn High’s Syriah Daniels shoots against Central-Phenix City in February during the AHSAA Class 7A Southeast Regional final at Garrett Coliseum in Montgomery.

Syriah Daniels has probably dreamed of having the chance to wear her parents’ orange and blue growing up.

Call it a dream come true.

Her mother is Shana Askew Daniels, who played for the Auburn women’s basketball program from 1997-2001.

Syriah Daniels is just a rising sophomore. She’s been targeted by Harris as a piece to the puzzle for the future of Auburn women’s basketball as a member of the class of 2024 — and one who could carry on a legendary legacy with the Tigers.

Syriah Daniels helped lead Auburn High to the state’s Final Four this spring. The high school Tigers rolled to an area championship and reached the Class 7A state semifinals in the playoffs.

Marquis Daniels was a standout at Auburn from 1999-2003, helping take the Tigers to the Sweet Sixteen in the NCAA Tournament in 2003 before embarking on a successful 10-year NBA career.

Marquis Daniels is entering his fourth season as an assistant coach with the AU men’s basketball program under Bruce Pearl.

Meanwhile, Syriah Daniels has been a rising star with Auburn High, taking on a big role on the varsity team starting in the eighth grade, competing in the largest classification in the AHSAA. Even at her young age, she has been offered by Kentucky and Florida Atlantic.

Harris, who joined Auburn University this offseason, has jumped on board with an offer as well.

Harris came to Auburn after serving as an assistant coach at Mississippi State during that program’s rise to prominence in the SEC in women’s basketball. She also served as an assistant under decorated longtime coach Gary Blair at Texas A&M.

What was the craziest story in sports yesterday?

Will we see Max Scherzer traded?

Will we see Max Scherzer traded?

How may players on the Cubs will be traded before the deadline?

How may players on the Cubs will be traded before the deadline?

In the Team USA’s most dire moment, Sunisa Lee came up big.

With the performance of a lifetime, Auburn gymnastics signee Sunisa Lee won gold in the individual all-around final at the Tokyo Olympics.

Sunisa Lee is enrolled at Auburn University for the fall

Sunisa Lee’s next stop after the Olympics is Auburn University.

Sunisa Lee will compete on bars and beam at the Olympics team final Tuesday, as Team USA goes head-to-head with the Russians with a world watching.

Auburn signee Sunisa Lee is an Olympic champion, putting to action a gold-medal plan by her club coach Jess Graba and her college coach Jeff Graba.

Auburn signee Sunisa Lee calls her family her inspiration. On Thursday, she inspired them — and countless more around the world.

Auburn’s Syriah Daniels (3) dribbles the ball during the Auburn High vs. Jeff Davis girls Class 7A Regional Semifinals at Garrett Coliseum in Montgomery on Feb. 13, 2020.

Auburn High’s Syriah Daniels shoots against Central-Phenix City in February during the AHSAA Class 7A Southeast Regional final at Garrett Coliseum in Montgomery.