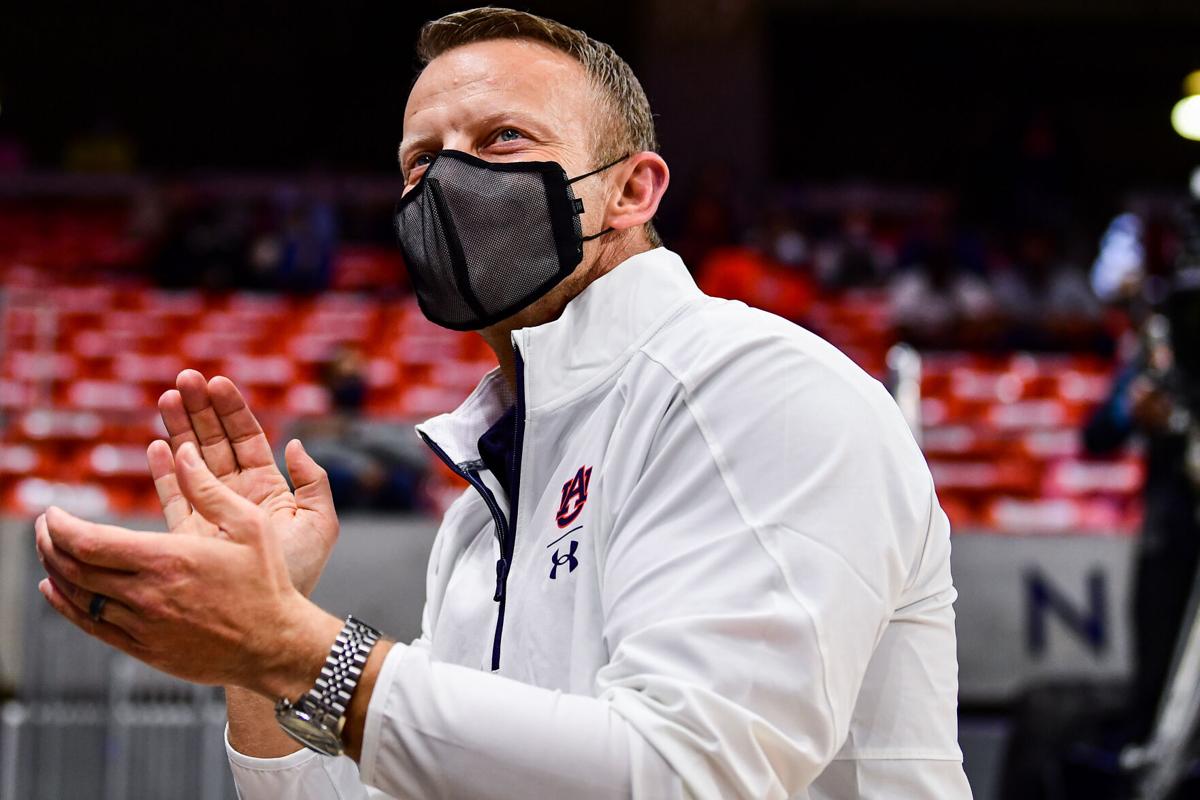 Auburn head football coach Bryan Harsin reacts during the basketball game between Auburn and Arkansas on Dec. 30 at Auburn Arena. 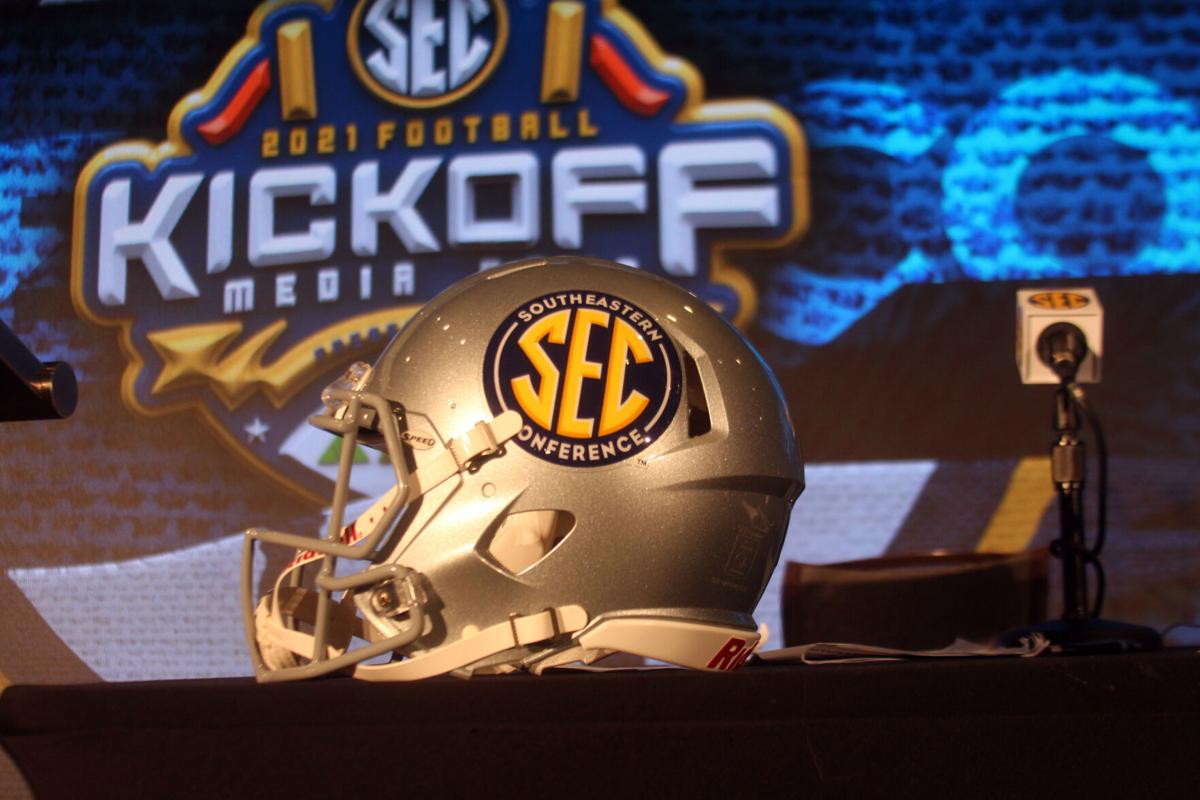 A helmet with the SEC logo is seen at SEC Media Days in June 2021.

BIRMINGHAM — On Monday, SEC commissioner Greg Sankey encouraged teams to reach the 80 percent coronavirus vaccination threshold and explained six of the conference’s 14 teams are already at that point with the season a little over one month away

Three days later, Auburn head coach Bryan Harsin said the Tigers are not one of those teams.

Harsin said roughly 60 percent of the football team has received the vaccination for the coronavirus. He also said he’s not sure where that percentage will be by the time the Tigers’ season opener against Akron arrives on Sept. 4.

“I don’t know by the time we get to the season where we’ll be because a lot of things change as you get everybody back together, you get into camp and you’re all just one focused on the season and the game that’s in front of you. We’ll see where we go with that,” Harsin said.

“Our players are being educated. Dr. [Michael] Goodlett does a phenomenal job of educating our players. We have the best in the business, alright, so all that stuff as far as vaccinations, those are explained to our players.

“The one thing about this — I mean, this is a personal decision. It’s deeply personal for a lot of people. And so, that’s how we approach it: here’s the information, you make the decision.”

Harsin declined to comment when asked if he has been vaccinated.

Harsin added the Auburn players have done well in keeping themselves safe and that the team has not had any positive tests in the last five months.

COVID has been one of the hot topics at SEC Media Days this week, especially with case numbers increasing across the country.

Several coaches within the conference have commented on their team’s rates such as Georgia’s Kirby Smart, who said the Bulldogs have over 85 percent of their roster vaccinated; Alabama’s Nick Saban, who said the Crimson Tide have over 90 percent of its roster vaccinated; and LSU’s Ed Orgeron, who did not offer an exact number but said he thought “most of our guys” have received the shot.

Saban has taken a step further by recording PSAs about the vaccine that have been televised in Alabama, where vaccination rates as a state stands at 33 percent. Harsin has not appeared in such PSAs and said on Thursday he has not been asked to do so.

Smart spent part of his time at the podium Tuesday discussing how Georgia was still looking to get more players vaccinated. He also discussed the potential “competitive advantage” that would come with getting more players vaccinated, explaining doing so would likely help keep players from testing positive and therefore missing playing time.

When asked about Smart’s approach in terms of competitive advantage, Harsin explained that doesn’t necessarily match his own message to the Tigers.

“I mean, that’s his message. I think the message of, you know, the pandemic and things that are happening — it’s bigger than SEC football, right? Let’s start with that,” Harsin said. “This is about people and their personal decisions and their choices to decide, you know, their health. And we’ve all got a lot of information from a lot of different sources through this time, and I hope they’re listening to our doctors. I hope they’re listening to the other people on the team and we protect ourselves and we’re safe and we have every player available to go out there and play for us.

Auburn head football coach Bryan Harsin reacts during the basketball game between Auburn and Arkansas on Dec. 30 at Auburn Arena.

A helmet with the SEC logo is seen at SEC Media Days in June 2021.