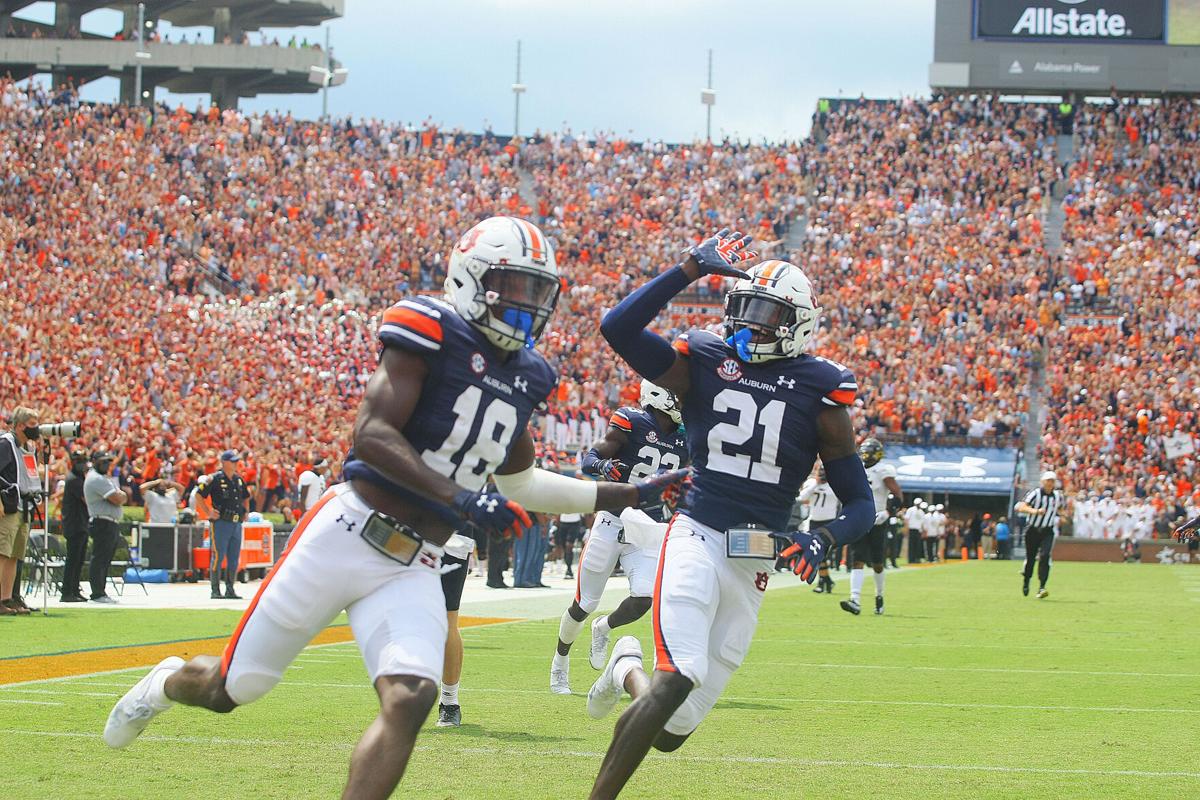 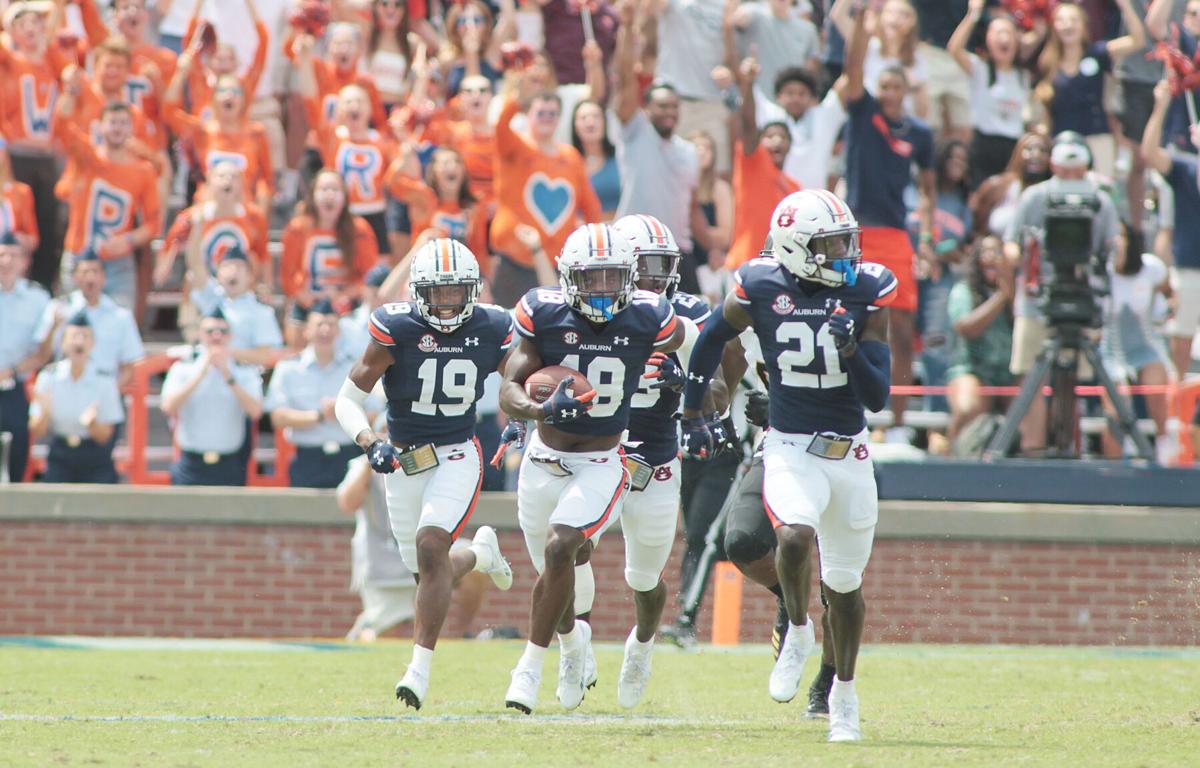 Auburn's Nehemiah Pritchett (18) runs back a blocked field goal attempt for a touchdown as he is escorted downfield by safety Bydarrius Knighten (19), cornerback Roger McCreary (23) and safety Smoke Monday (21) on Saturday.

Auburn head coach Bryan Harsin has emphasized special teams’ importance during the early portion of his tenure with the Tigers, explaining the coaching staff wants to put their best players on the field for the third phase of the game.

Auburn implemented that strategy against Alabama State on Saturday, and the results were hard to dispute.

The Tigers’ blocked a field goal and returned it 80 yards for a score as part of an overall strong showing by the special teams unit. The efforts were of considerable value at the time for Auburn, which started slow offensively before coming on directly after the special teams touchdown and cruising to a 62-0 victory.

“[On] special teams, yeah, we'd like to have our best players out there. I think that's something that this team, I hope they've bought into,” Harsin said after Saturday’s victory. “You think about it: you're gonna have 170-something plays or so in a game, and 30-plus of those are going to happen on special teams. And if you want to be out there making a difference in a game, you want to find a way to be on special teams.

“Today, big plays on special teams [and] create some momentum. It helps our team. Certainly that is what happened today.”

The Tigers had early success in special teams when backup linebackers Barton Lester and Wesley Steiner came rushing in to block a first-quarter Alabama State punt, but the blocked kick was not the unit’s biggest moment.

Alabama State aimed to cut Auburn’s lead to 10 when starting defensive end Colby Wooden blocked the Hornets’ short field goal attempt, which sent the ball careening to the left. Cornerback Nehemiah Pritchett was in perfect position to scoop the ball, and in no time flat the junior was well past any would-be tackler on his way to his first collegiate score.

Harsin explained the call on the blocked field goal by saying the left side of the coverage unit was rushing the kick while the right side got in position to potentially return a block. Harsin said those situations are ones the team practices throughout the week, and in this case the Tigers all looked well prepared to execute when the moment arrived.

When asked about playing on special teams, Pritchett said the players are willing to do whatever they could to help the team and most of the time you want your best players on the field. Pritchett also said he knew what was coming once he got his hands on the ball.

“Oh yeah, I saw all the green grass and I was like, ‘Nobody is catching me with all of that field,’” Pritchett said. “It’s special because it’s something that coach Harsin and [special teams coordinator Bert] Watts preach about is special teams. For a big play like that to happen is pretty good.”

Pritchett’s score was the most memorable play for a special teams unit that also saw Anders Carlson hit both of his field goal attempts and eight PATs and punt returner Demetris Robertson put together a solid 23-yard return. The Tigers weren’t perfect in the game’s third phase, however, with the key blemish being the inability to recover Alabama State’s surprise onside kick to open the second half.

Harsin and his staff have preached the value of special teams, and based on their player’s responses they are buying into that sentiment. While the play of the Tigers’ special teams unit wasn’t the difference in a win or a loss Saturday, Harsin understands eventually that could be the case.

“You create the momentum on special teams, defense and offense, and everybody got rolling together,” Harsin said. “When you have that, you have a chance to make some big plays and put up some big points and finish a game like we did.”

Auburn's Nehemiah Pritchett (18) runs back a blocked field goal attempt for a touchdown as he is escorted downfield by safety Bydarrius Knighten (19), cornerback Roger McCreary (23) and safety Smoke Monday (21) on Saturday.