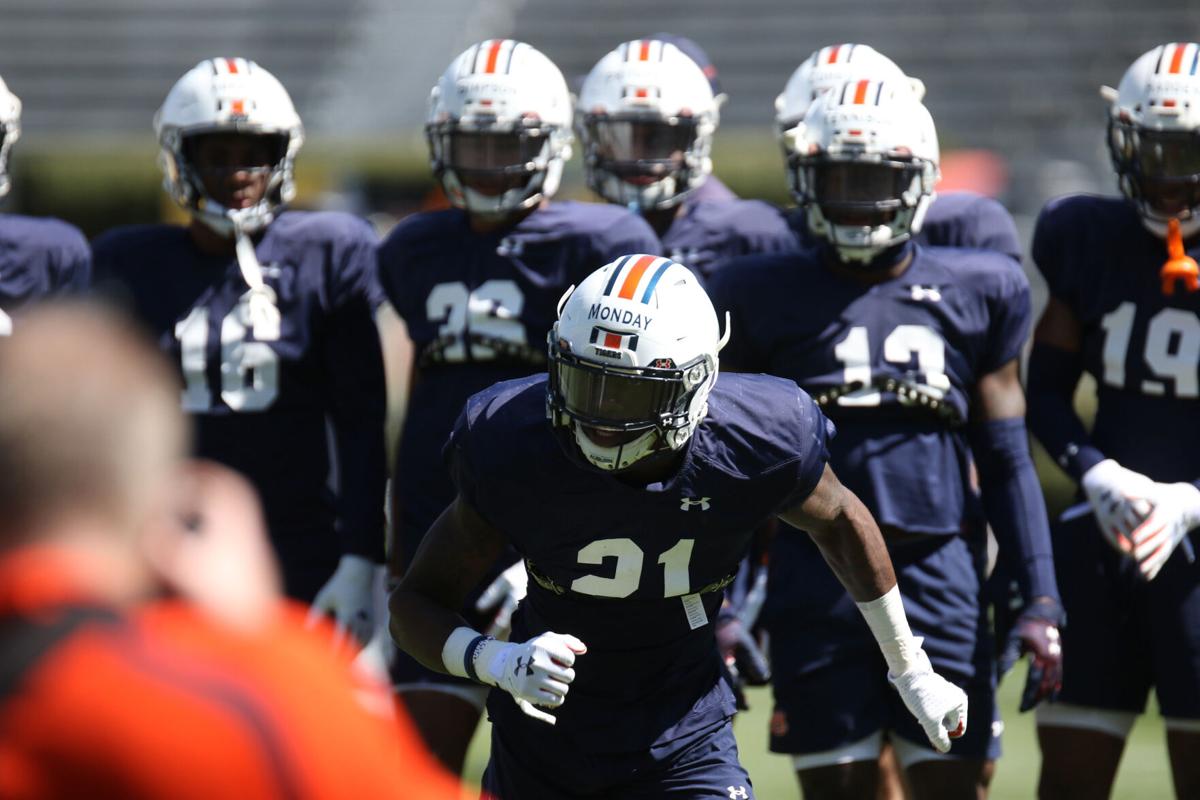 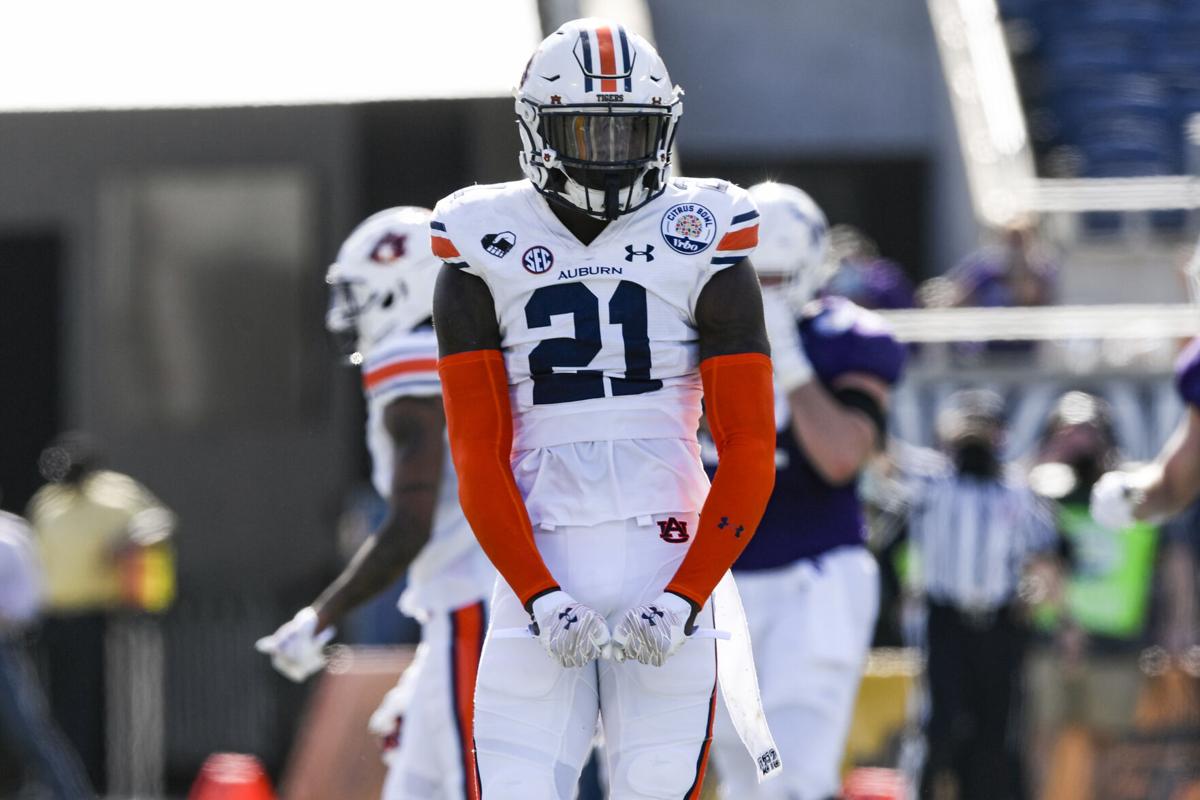 Smoke Monday (21) reacts during the game between Auburn and Northwestern on Jan. 1 at Camping World Stadium in Orlando, Fla.

It seems like Auburn safety Smoke Monday’s college career has nearly gone by in the blink of an eye.

Monday told reporters on Friday it seemed like just yesterday he was one of the newcomers trying to fit in as a true freshman in 2018. Now, Monday finds himself as the most-experienced member of the Auburn secondary and among the true leaders on either side of the ball.

That transition may have come quickly for Monday, but the senior is embracing his new role with open arms.

“It feels weird because I had a lot of guys here when I first got here that taught me a lot. I didn't think I would be in this position so quickly, but by learning so much from the other guys who were here — that were older than me and taught me so much — it just feels good to be that older guy in the room,” Monday said. “My goal is just to basically teach them everything that I've learned since I've been here and just play my ball. Just do my job. By doing my job, I can help a lot of guys do their job.”

Monday’s status as one of the examples Auburn’s new coaches want others to follow is a hard-earned one.

Monday stood out in the back end of the Tigers’ defense in 2020 and earned second team All-SEC honors after racking up 73 tackles, five defended passes, one interception and one forced fumble. He delivered his share of big plays last fall, which included a game-changing 100-yard pick-six against Tennessee on Nov. 21.

A lot has changed around the Auburn program since last December when Gus Malzahn and his staff were fired, but Monday explained he did his part to keep a level head throughout it all. He pointed out his coaches since rec ball have taught him that change is inevitable; besides, he had teammates watching how he navigated the situation.

“That's life. You're going to go through a lot of change in life. You're going to face a lot of adversity, and the only thing you can do is just move on and just try to better yourself with the new situation you have,” Monday said. “I feel like, for me, I've been doing a great job with helping the young guys really grab that. Like, we've got a whole new coaching staff and really [you have to] just get over it and you've just got to ball.

“That's really what it comes down to: playing ball. As long as we get to play this game we love, I feel like everybody's going to be straight.”

Monday’s leadership has made an impression on some of the other upperclassmen, too.

Senior linebacker Zakoby McClain said he and Monday have developed a sibling-like relationship that dates back to Monday’s time at Carver High School in Atlanta and McClain’s time at Valdosta High. McClain explained how well Monday communicates on defense and the pride Monday takes in making sure everyone on defense stays on the same page.

The scene around Monday changed considerably this offseason, but the senior again embraced the new.

Monday pointed out how the secondary has a lot of new members but added the new players have done a great job learning the playbook and making connections with their new teammates. He talked up transfers Donovan Kaufman, Bydarrius Knighten and Ro Torrence, saying Kaufman and Knighten play hard and Torrence is a long corner who makes it difficult to throw at.

Monday also praised defensive coordinator and secondary coach Derek Mason, who he felt sets a standard that all the defensive backs constantly work to meet.

Mason said back in the spring he sees Monday as a leader on defense. While that kind of expectation may weigh heavy on some players, Monday had no issue taking on that mantle.

"Me personally, I thrive under pressure. So when all the pressure's on me, hey, that's when I feel like I'm at my best,” Monday said. “So hey, put the pressure on me. I'm going to be that leader to take it there. It's just how I am."

Monday voiced his excitement about the 2021 defense, saying the group entered the spring understanding it could be very physical and extremely violent. He pointed to fall camp as the chance for those players to get their edge, something he thinks will prepare them for the season opener and beyond.

Monday reflected on his Auburn career to this point and admitted he’s changed a lot since settling in three years ago. Those changes have put Monday in a position to lead, and as far as he’s concerned, he’s not about to let those around him down.

“There are a lot of things that I did as a freshman that I can't do now because I know there are a lot of eyes on me now. A lot of guys are watching me,” Monday said. “I've just got to make sure that I'm doing everything right as much as I can. Everybody's not perfect, but I'm trying to be perfect.”

Smoke Monday (21) reacts during the game between Auburn and Northwestern on Jan. 1 at Camping World Stadium in Orlando, Fla.