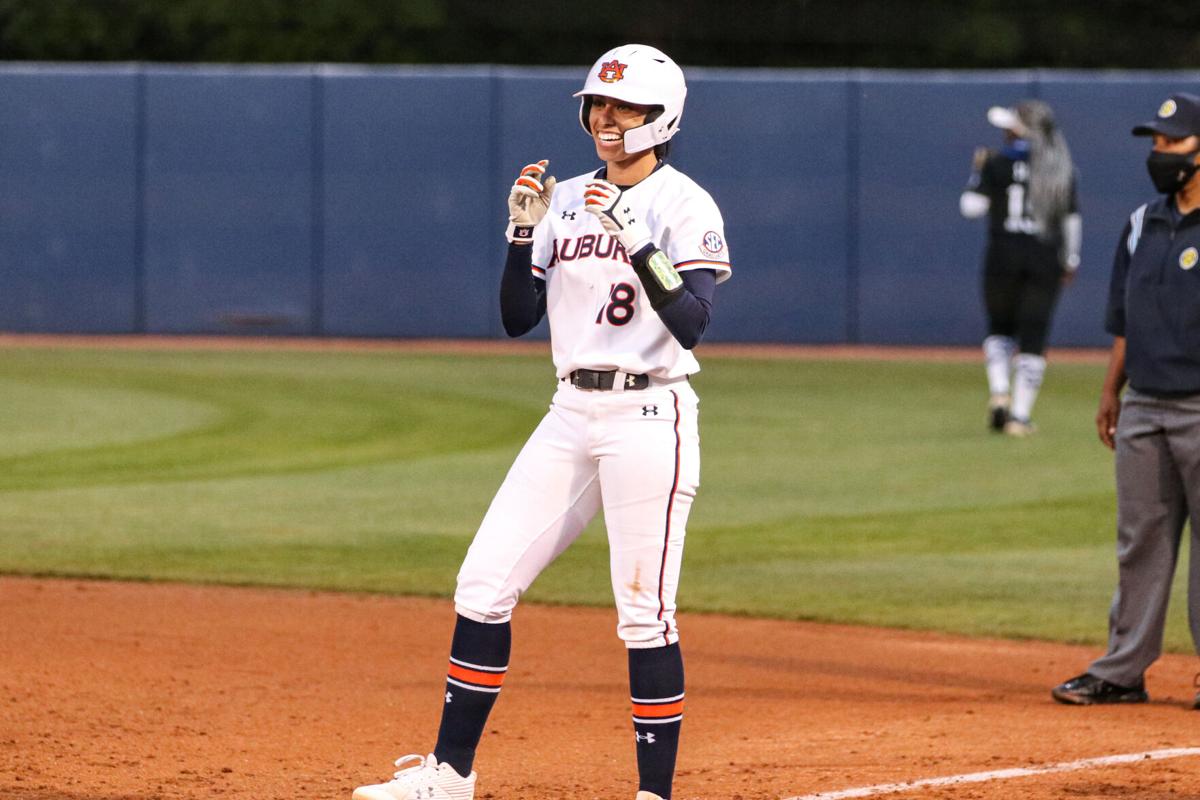 Auburn’s Brittany Marsette celebrates reacts after getting to first on Friday against Kentucky at Jane B. Moore Field. 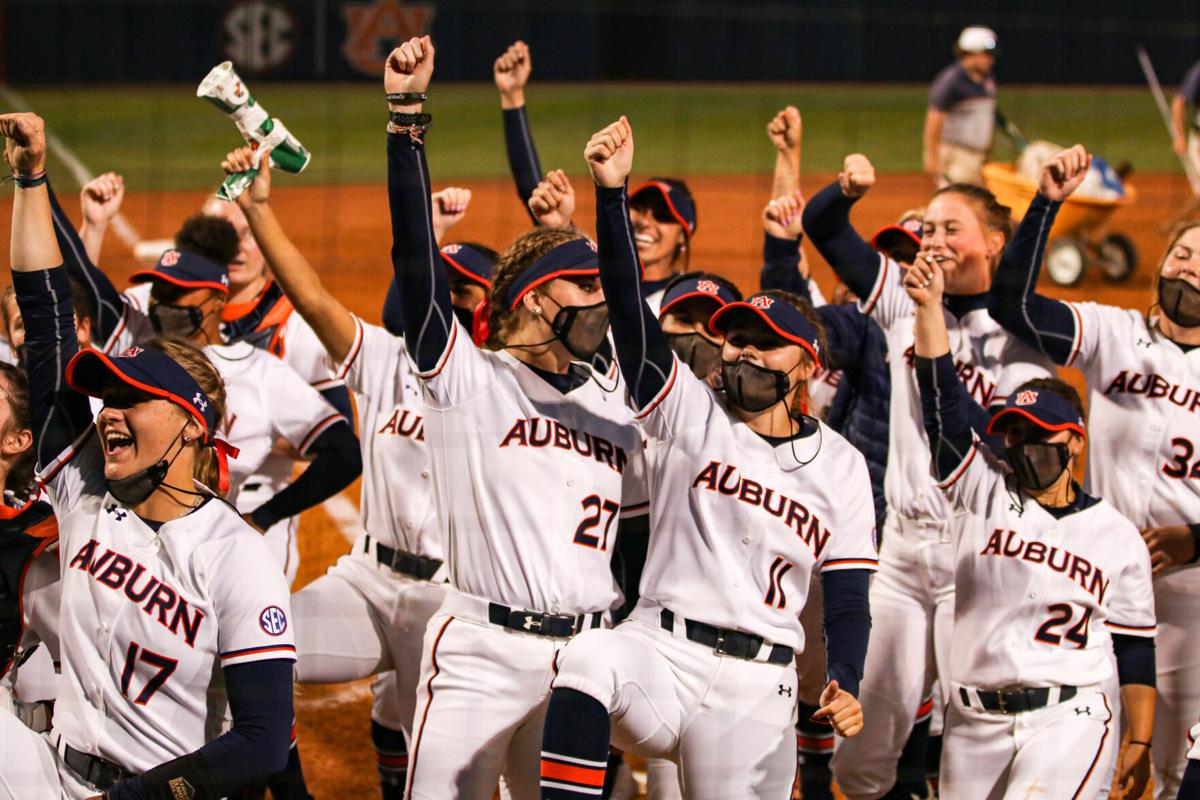 The team celebrates after a win during the game between Auburn and Kentucky on Friday at Jane B. Moore Field.

The Tigers once again did all their damage early, scoring all four runs in the first two innings. The graduate student duo of Alyssa Rivera and Justus Perry knocked back-to-back, two-out singles in the first to drive in a pair of runs. Kentucky errors were too much to overcome in the second as the Tigers picked up two unearned runs.

“I’m just trying to seize every opportunity that I’m given and pull through for my teammates,” Koepke said. “I’m just making the most of every at-bat that I am given.”

Maddie Penta turned in the complete-game performance for her first victory in Southeastern Conference play. Penta gave up two runs off four hits and a pair of walks, while striking out four. She improves to 8-6 on the year.

“Great performance from Maddie,” said head coach Mickey Dean. “She let her defense work behind her and didn’t try to do it all herself. I told her that she only made one mistake, and it was walking the nine-hole hitter with two outs to face the leadoff batter.”

After a 1-2-3 first inning from Penta, Makenna Dowell and Tyler King led off the home half with back-to-back singles. Sydney Cox moved the pair into scoring position with a sacrifice bunt. Lindsey Garcia smoked a ball to third base for a base hit. The ball smacked off Dowell’s back in foul territory, but the officiating crew called the ball fair with Dowell out due to interference.

Rivera drove in the first run of the game with an RBI single up the middle. Perry continued the two-out magic with a single to center.

It was Kentucky errors the plagued the Wildcats in the second inning. With Godwin reaching on a fielding error at shortstop, Koepke drove in the unearned run with an RBI double of the wall in left center. A pair of errors on Kentucky pitcher Autumn Humes on a ball from Dowell allowed a second unearned run to score to extend the Tiger lead to 4-0.

With the four-run lead in hand, Penta kept Kentucky off the board until the fifth inning. A two-out walk to Miranda Stoddard turned over the lineup and Kayla Kowalik made Auburn pay with a two-run home run to right center.

After giving up a two-out single to Tatum Spangler, Penta immediately responded, retiring the next seven Wildcats she faced.

“Kentucky is not going to lay down tomorrow,” Dean said. “We’re going to have to go out and play really good ball. It’s nice to get a series win and to have a chance to get a sweep tomorrow. There will be a lot of pitches between now and then, and we’ll just have to make sure we battle from beginning to end.”

“I hope that I can make some kind of impact on them and their lives as well as their children's. That's important to me.”

LEE: Harsin hasn’t had much NFL Draft talent. Auburn’s plan is to equip him with it.

Harsin couldn’t close the deal on Wilson or Lance. Auburn figures that, next time, he will.

Auburn’s Brittany Marsette celebrates reacts after getting to first on Friday against Kentucky at Jane B. Moore Field.

The team celebrates after a win during the game between Auburn and Kentucky on Friday at Jane B. Moore Field.