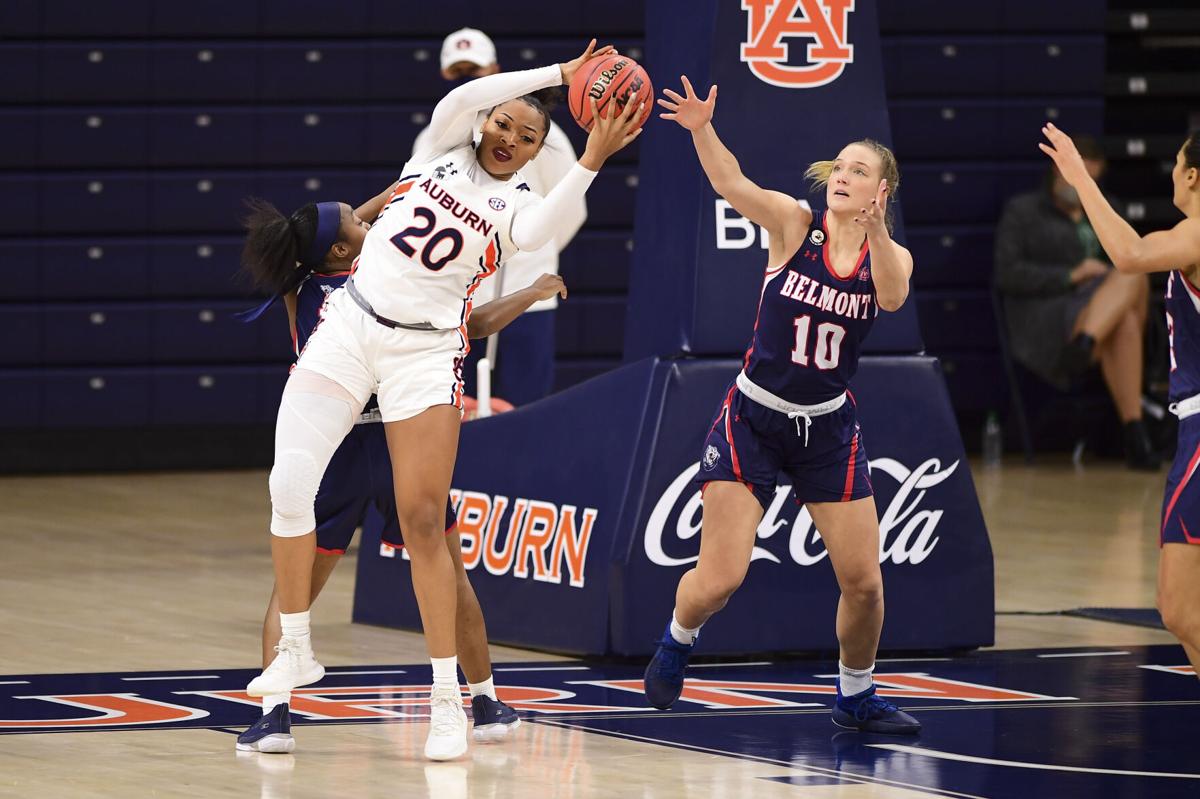 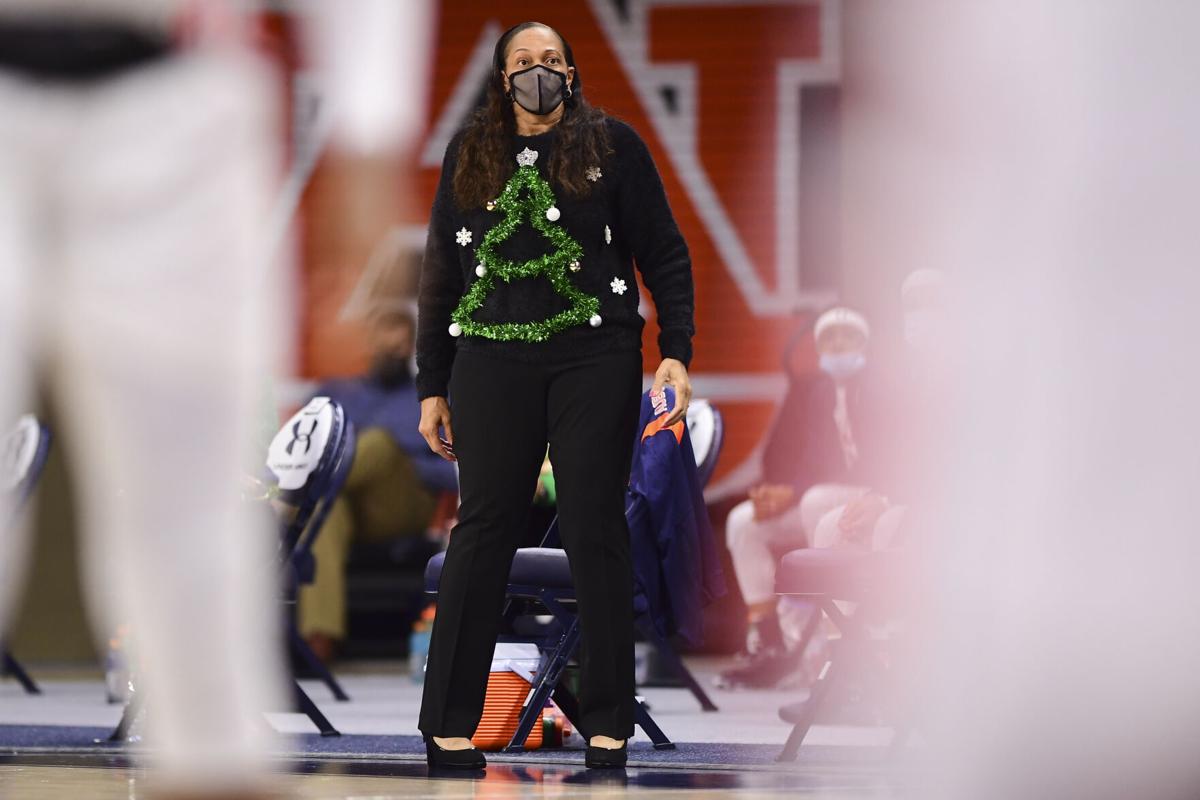 Auburn’s got its wake-up call.

Visiting Belmont took advantage of Auburn mistakes, frazzled the Tigers with high energy, and, in Auburn’s non-conference finale, ran away with the game 78-57 on Sunday—sending the Auburn women’s basketball team into the holiday break with a stinging defeat.

Auburn finishes its non-conference schedule 5-3 and hopes to regroup before opening SEC play Dec. 31 against LSU.

Auburn gave away 10 turnovers in the first quarter as Belmont jumped out to a 26-14 lead. Belmont finished with 31 points off turnovers. Auburn’s new-look team, reshuffled after an offseason of changeover, struggled often with Belmont’s zone press.

“It was just terrible decisions on the turnovers,” Auburn head coach Terri Williams-Flournoy said after the loss. “I mean, some of the turnovers were so out of character, I almost threw some of these bulbs off my shirt out there.”

She was talking about her ‘ugly Christmas sweater,’ which she and staffers wore as a bit of fun Sunday for Auburn’s last game before the holiday break. But to start Auburn’s fourth game in seven days, the Tigers were sluggish and Belmont proved game enough to capitalize on opportunities.

Auburn was led by another powerful performance from senior Unique Thompson, who finished with 20 points and 23 rebounds trying to claw her team back — but Williams-Flournoy said she thinks more players will have to step up around Thompson especially once conference play begins.

“It’s hard because we are so young and we’re so inexperienced — we try to get them to regroup, because now you’ve got to regroup and come back and play in the SEC,” Williams-Flournoy said. “You think non-conference is tough, wait ’til you get to the SEC.

“We’ve just got to have a little bit more leadership to step up. I know we’re young. I know nobody has the experience, no more than two years, but at this point … we’ve got enough games under our belt right now to learn through some of these mistakes.”

She also put together her second 20-20 game this season. She scored 26 points and pulled down 23 rebounds in Auburn’s road loss at Houston this season, in an effort that marked Auburn’s first 20-20 game since 1993.

“I’m so proud of Unique,” Williams-Flournoy said. “I hate that we lose because she just does not get the recognition that she so deserves.

“The numbers that she put up at Houston, the numbers she that put here — 20-20 — She’s doing unbelievable work in there and because we lose she doesn’t get that recognition.”

Sunday she passed Orr’s mark of 1,006 rebounds. WNBA star DeWanna Bonner is second on the list with 1,047 behind Jackson’s 1,118. Lori Monroe is third with 1,015 rebounds with Thompson chasing.

“Records are meant to be broken,” she posted, tagging Thompson and adding, “AUsome job!”

The Tigers are turning their attention toward making an improbable run out of the play-in game at the SEC Tournament starting Tuesday, after closing the regular season with a 4-1 loss to LSU on Sunday.

The Auburn baseball team has some work to do in order to make the SEC Tournament. The good news is it will have considerable say in if it happens thanks to its final SEC opponents.