Auburn quarterback Bo Nix (10) celebrates his touchdown in the first half of an NCAA college football game against the LSU in Baton Rouge, La., Saturday, Oct. 26, 2019. 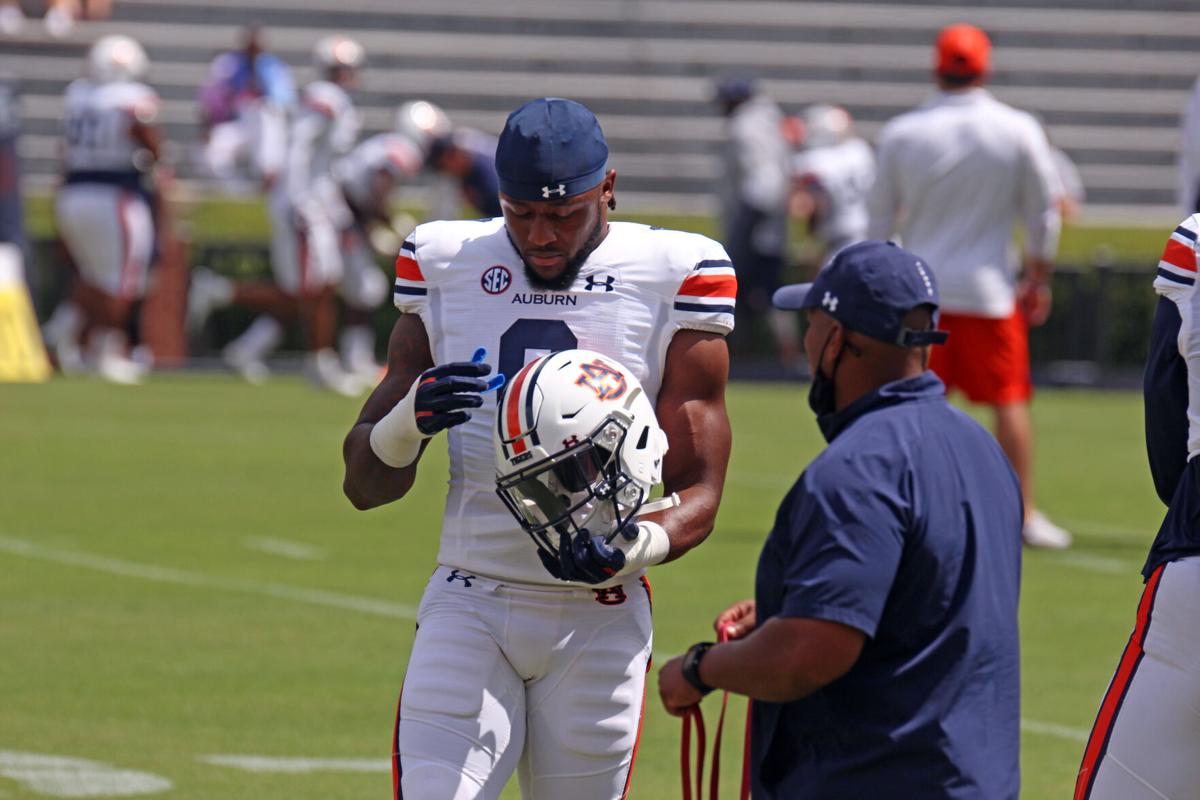 Three Auburn football stars are set to promote COVID-19 vaccination and facts about vaccine safety in a new PSA campaign from the Alabama Department of Public Health.

In addition, vaccine shots will be offered by medical professionals to fans at Auburn’s Sept. 25 game against Georgia State as part of the promotion. The campaign launched Thursday with the KickCOVID19.com website.

The ADPH is signing players from all 13 schools in Alabama that play Division I college football, Gene Hallman, the CEO of Bruno Event Team, announced during an ADPH livestream on Thursday.

“We know Delta is impacting young people far more than Alpha was, so this message is directed at students but also at fans,” Hallman said.

Hallman said ADPH approached Bruno Event Team with the idea and that all 13 schools have been excited to help the campaign. Fans who get shots at the gameday pop-ups will receive a $75 gift card to that school’s bookstore.

“We’re going to get football players from all 13 schools to help us amplify the message of, ‘I’ve got mine. Please get yours,’” Hallman said. “They’re doing it for a lot of different reasons. They’re doing it to help get their community safe. They’re doing it to communicate to their fellow students, ‘Look, we’ve done the research. We know it’s safe. If you’re in doubt, please do your own research.’

“There are a lot of myths about this vaccine in young people, and they’re all myths.”

The Pfizer vaccine became the first COVID-19 vaccine to receive full FDA approval in August. The others are expected to push through the FDA’s red tape soon.

Nix, Pappoe and Carlson all signed on for the campaign under deals now allowed by the NCAA’s new name, image and likeness rules. Hallman said each player will be compensated, but that the compensation varies from player to player, and that all of them signed up for “nominal amounts” — saying the money discussions lasted only minutes in every case because the players were so on board to support the cause. Hallman said the organization talked business with the players only after ensuring the players are vaccinated and pro-vaccination.

For the full schedule of when the campaign will come to each campus, visit KickCOVID19.com.

The campaign will also offer the gift card to fans who vaccinate 14 days before the campaign’s designated gameday, “as a thank you for helping make our community safer,” Hallman said.

As Auburn football approaches its Sept. 4 season opener with Akron, the East Alabama Medical Center hospital in Opelika is full and strained, with COVID-19 hospitalizations consistently topping 70 as the Delta variant ravages the area,

“We all know about our love of college football here in the state of Alabama,” Hallman said. “I think this last year alone we had a conference champion in Alabama A&M, UAB and the University of Alabama. National championships — all the things that go along with college football — this is the best college football in the country right here in Alabama. So why not use this platform to convice people that they need to take that first dose?”

The No. 21 Auburn men's basketball team (6-1) is hoping to stretch its winning streak to four games at 1 p.m. Saturday when the Tigers take on Yale (5-4) in Auburn Arena.

KD Johnson lit a fire under Auburn early and Jabari Smith once again showed out to help Auburn take a convincing 86-64 home victory over Yale on Saturday afternoon.

Auburn quarterback Bo Nix (10) celebrates his touchdown in the first half of an NCAA college football game against the LSU in Baton Rouge, La., Saturday, Oct. 26, 2019.