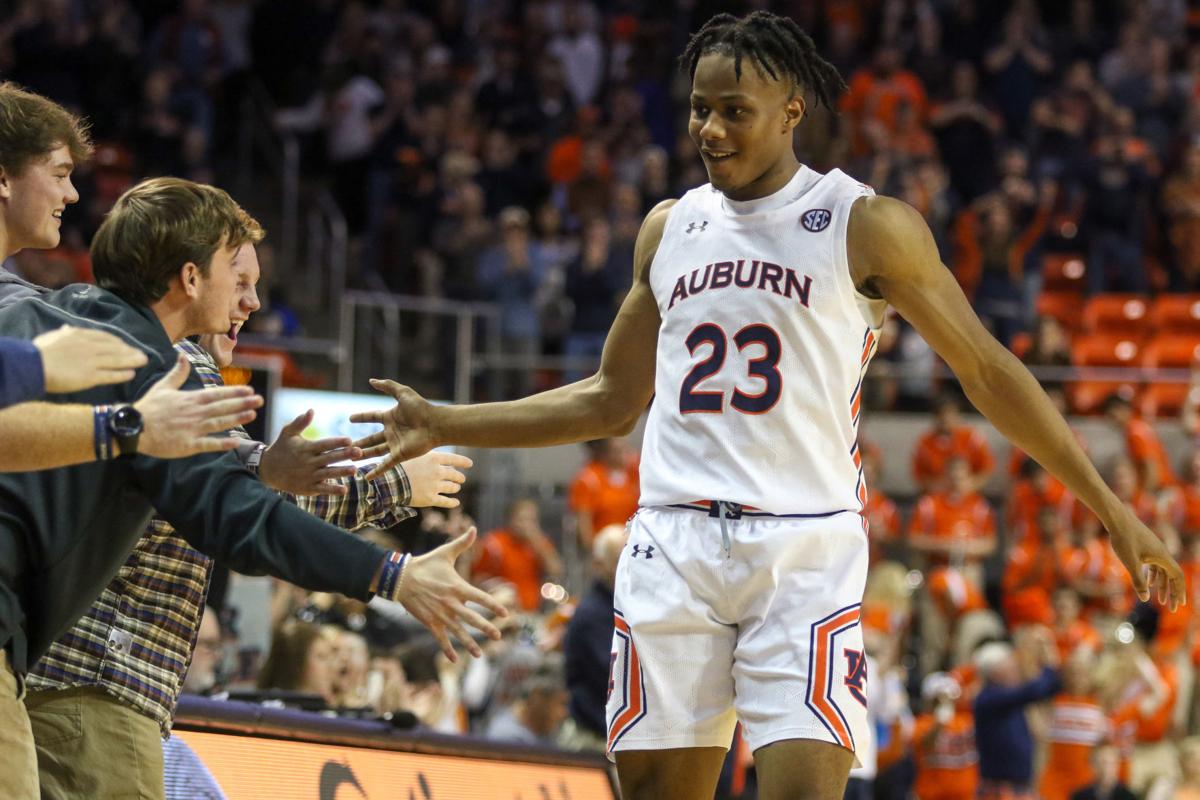 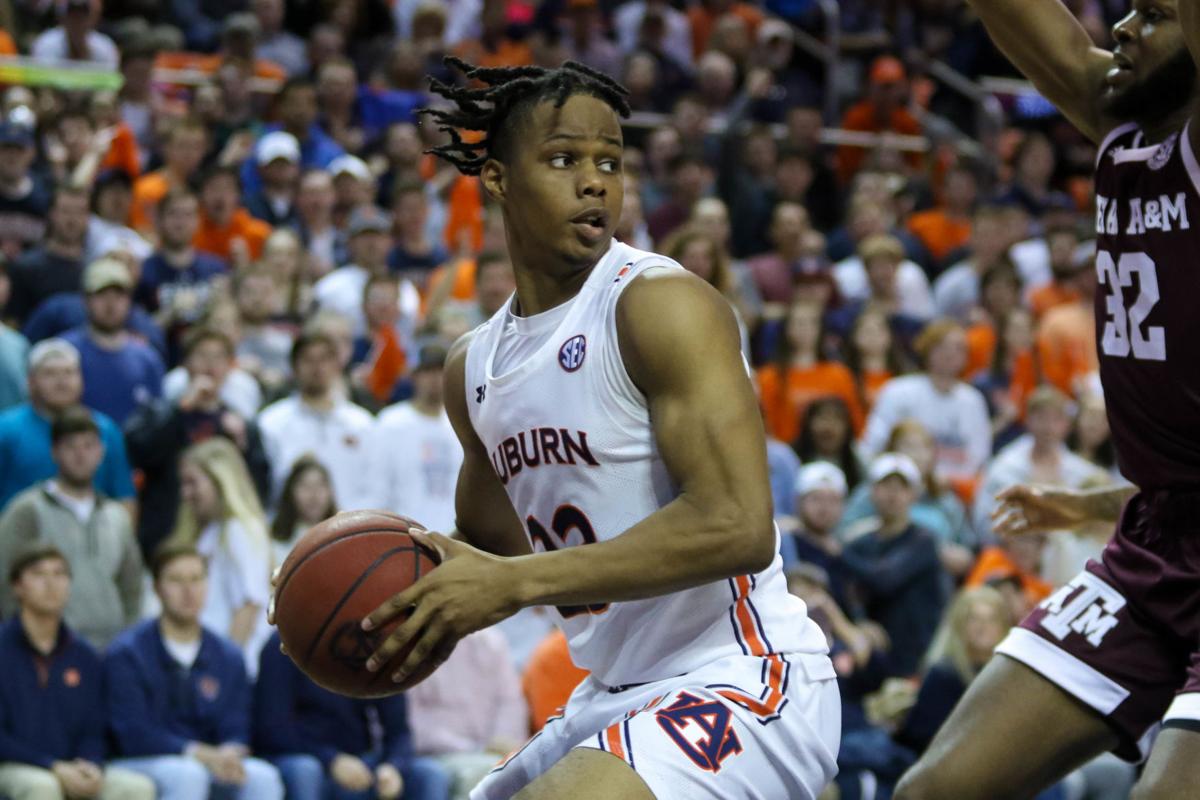 When Auburn shooting guard Isaac Okoro hears his name called during the NBA Draft tonight, it will be the start of the next step for a player that wowed during his lone season as a Tiger. Which team selects Okoro and when is anyone’s guess, but his head coach back at Auburn expects what follows that announcement to be something truly worthwhile.

Auburn men’s basketball coach Bruce Pearl praised Okoro on Tuesday as Okoro enters Wednesday as a likely top-10 draft selection. While Okoro’s next destination remains unknown, Pearl explained that whichever team picks him has secured themselves a player who can make a difference right away.

“I think he’s as ready-to-play a prospect as there is in this draft because I think he’s the best defensive player in the draft, particularly his perimeter defense.”

Pearl said Okoro is used to winning, as he has a 112-10 record in his last 122 games. That much he made clear at Auburn, even though his stint there was short.

Okoro only spent one year as a Tiger, but he made the most of his time on the Plains. He battled through injury but still excelled, averaging 12.9 points, 4.4 rebounds, two assists, 0.9 steals and 0.9 blocks in 31.5 minutes per game while playing in 28 games.

Okoro earned SEC Freshman of the Week on two occasions and ended the year by being named to the second team All-SEC team, the SEC All-Freshman team and the SEC All-Defensive team. He became just the sixth player in SEC history to be named to those three teams in the same season, joining the likes of Anthony Davis, Michael Kidd-Gilchrest, Nerlens Noel, Jordan Mickey and Robert Williams.

Pearl explained Okoro didn’t come to Auburn to be a one-and-done player, but through his first year it became more and more apparent he would be able to do so. Pearl said Okoro came in and took little time to demonstrate he was an elite defender, and not long after that he became the hardest worker on a veteran-laden team. Pearl saw how Okoro matched up with the likes of Georgia — where soon-to-be lottery pick Anthony Edwards played — as well as Kentucky, and it didn’t take long to recognize that no one was on the floor was better than him.

Pearl spoke highly of Okoro when he signed with Auburn, and the day before his professional career begins Pearl was singing his praises once again.

Okoro set his sights on the NBA once he declared for the draft in March, but he didn’t leave Auburn behind. Not only did he continue working out in Auburn in preparation for the next level, but he also continued taking classes to ensure he eventually earns his degree.

Pearl said officials from four or five NBA teams have visited Auburn to meet with Okoro and discuss his potential with his head coach. Pearl added that he gushed to them about Okoro and made it evident how highly he thinks of the soon-to-be NBA rookie.

Pearl explained how big of a week this was for Auburn basketball thanks to Okoro, Chuma Okeke signing a $15 million deal with the Orlando Magic and the Tigers being on the verge of signing two highly-touted recruits.

While Okoro’s selection Wednesday night will be huge for Auburn — it will likely mark the first time the Tigers have had a lottery pick since 1988 and the first time the program has ever had back-to-back first-round selections — Pearl was sure to leave the focus on the 19-year-old.

Pearl applauded the work ethic of Okoro along with his family, saying Okoro was a great example for all kids in the way he handled his business. Under different circumstances his teammates would likely be on hand to commemorate Okoro’s big moment, but instead they’ll have to celebrate from afar as one of their own makes it to the next level.

“We’re very excited about tomorrow night. We’d love to have the team be in Atlanta with Isaac tomorrow, but I think just because of COVID and things like that we’ll have our watch party here in the Arena,” Pearl said. “I’m going to head out tomorrow afternoon — in the late afternoon — to go see Isaac’s family and to congratulate them and visit with them a little before the draft, and then I’ll head back to Auburn.”

The Auburn men’s basketball program will forgo postseason competition for the upcoming 2020-2021 season.

Nick Saban tests positive for COVID-19, will not coach in Iron Bowl

Alabama coach Nick Saban tested positive for COVID-19 and is not expected to coach against Auburn on Saturday. He is mildly symptomatic.

Despite Auburn’s inexperience, the Tigers found a way to finish the job against Saint Joseph's in overtime on Thursday.

The Auburn men’s basketball program will forgo postseason competition for the upcoming 2020-2021 season.

Auburn gets its wake-up call before the Iron Bowl

Auburn was off-beat early on Saturday — a half-step behind, or a half-second too slow, as Tennessee took a 10-point lead in the first quarter.

But the Tigers woke up.

Although Auburn topped Tennessee on Saturday night, the Tigers suffered a few significant setbacks along the way.

Shaun Shivers and D.J. Williams had shown flashes prior to the Tennessee game, but it was their play against the Volunteers with Tank Bigsby out due to injury that truly impressed.

Bruce Pearl said he went around with a question for all his players, after the locker room had been shaken by the news.