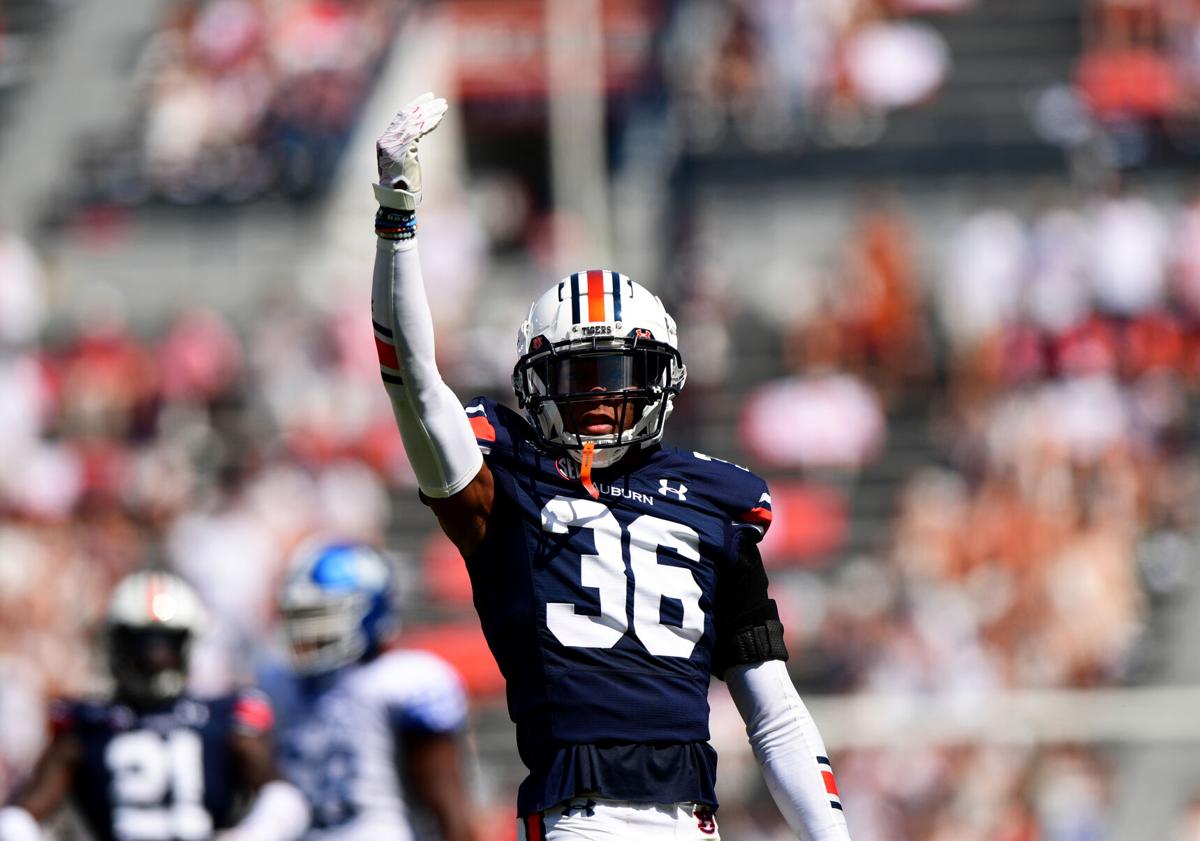 Auburn cornerback Jaylin Simpson gestures to the fans during the team’s win over Kentucky on Sept. 26, 2020, in Jordan-Hare Stadium. 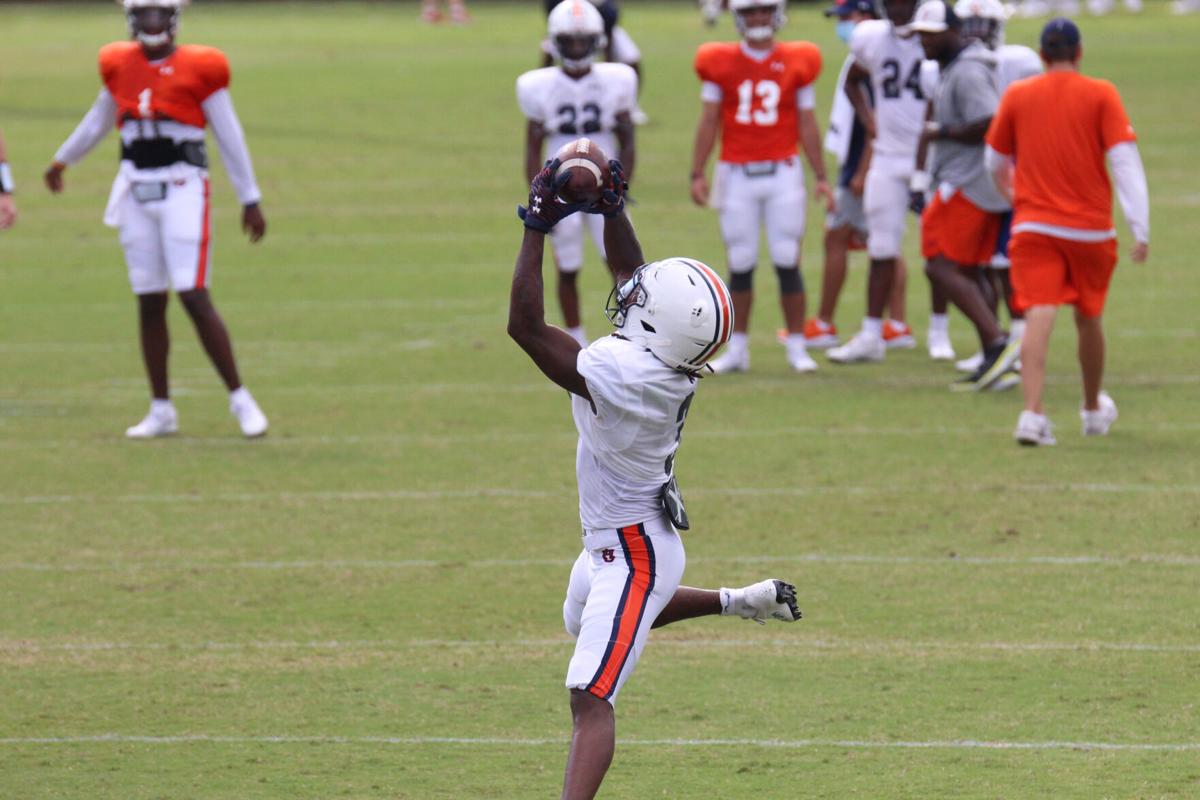 Auburn head coach Bryan Harsin is holding out hope defensive backs Ladarius Tennison and Jaylin Simpson as well as wide receiver Tar’Varish Dawson Jr. will be back in short order.

Harsin didn’t have specific updates on the three players Monday after Tennison and Dawson were absent from the Tigers’ season-opening game against Akron or after Simpson limped off the field during one point in the Tigers’ 60-10 victory.

He did, however, sound optimistic about their chance to suit up when the Tigers play Alabama State on Saturday.

Harsin was initially asked about Tennison and Dawson, who were no on hand Saturday. When asked if they would return this week, the first-year head coach said he was hopeful both would be back.

“They weren’t available this last game, so hopefully they’re back this week,” Harsin said. “Both those guys have worked hard. No issues as far as anything discipline-wise and all that, but hopefully we’ll get them back this week.”

Harsin did not disclose why either player was unavailable Saturday.

Simpson, meanwhile, limped off the field and was taken to the locker room during the first half of Saturday’s action. Harsin said Monday he didn’t have an update on the sophomore but hoped to know more later on in the day.

“He had an opportunity to come back in there, so I don’t know exactly where he’s at. Hopefully we can get him back this week,” Harsin said.

Harsin added Simpson was a player the Tigers need on the field and is someone who’s worked hard and had a great camp leading into the season.

Dawson and Simpson were both listed as second-string players on Auburn’s Week 1 roster, with Dawson considered the second-team “H” receiver behind Ja’Varrius Johnson and Simpson tabbed as the second-team cornerback behind Nehemiah Pritchett. Dawson was the only true freshman listed at any position on the depth chart.

Tennison wasn’t listed on the two-deep depth chart, though nickelback – where the sophomore worked during fall camp – was not included on the depth chart.

Auburn cornerback Jaylin Simpson gestures to the fans during the team’s win over Kentucky on Sept. 26, 2020, in Jordan-Hare Stadium.