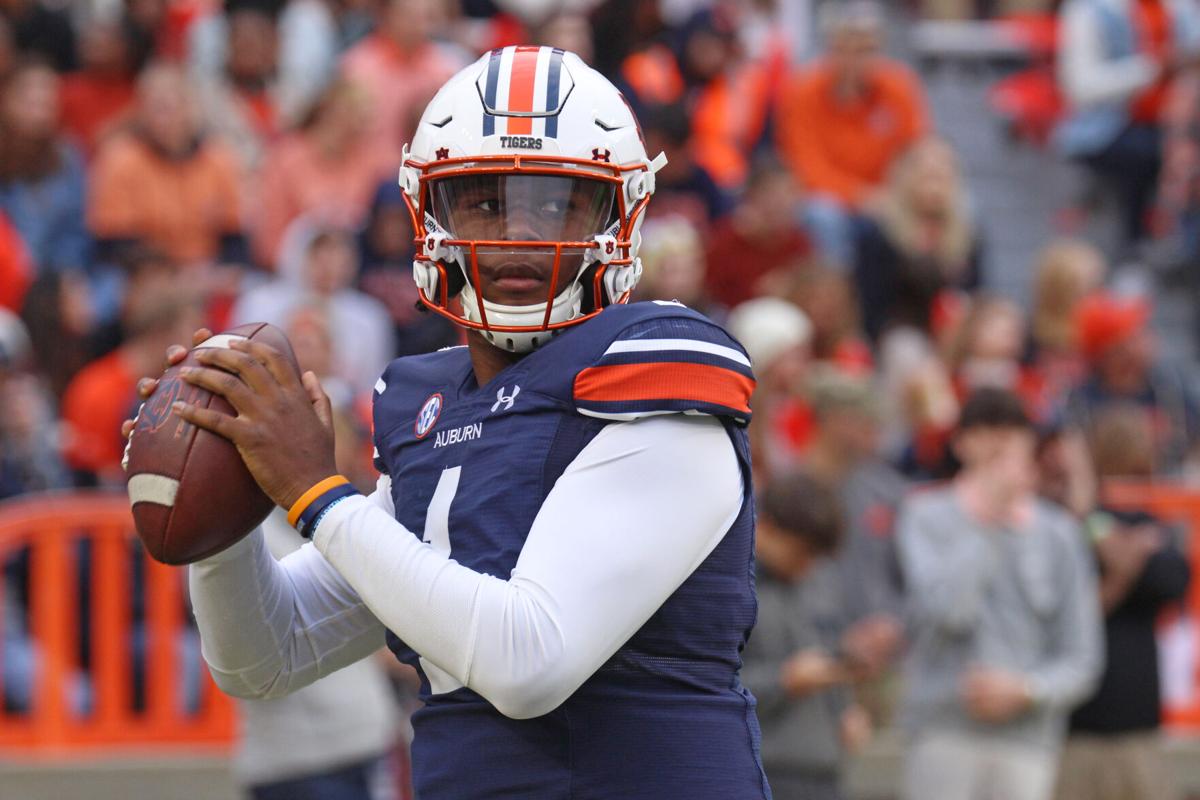 Auburn quarterback TJ Finley warms up before the Tigers’ game against Ole Miss on Oct. 30 at Jordan-Hare Stadium in Auburn. 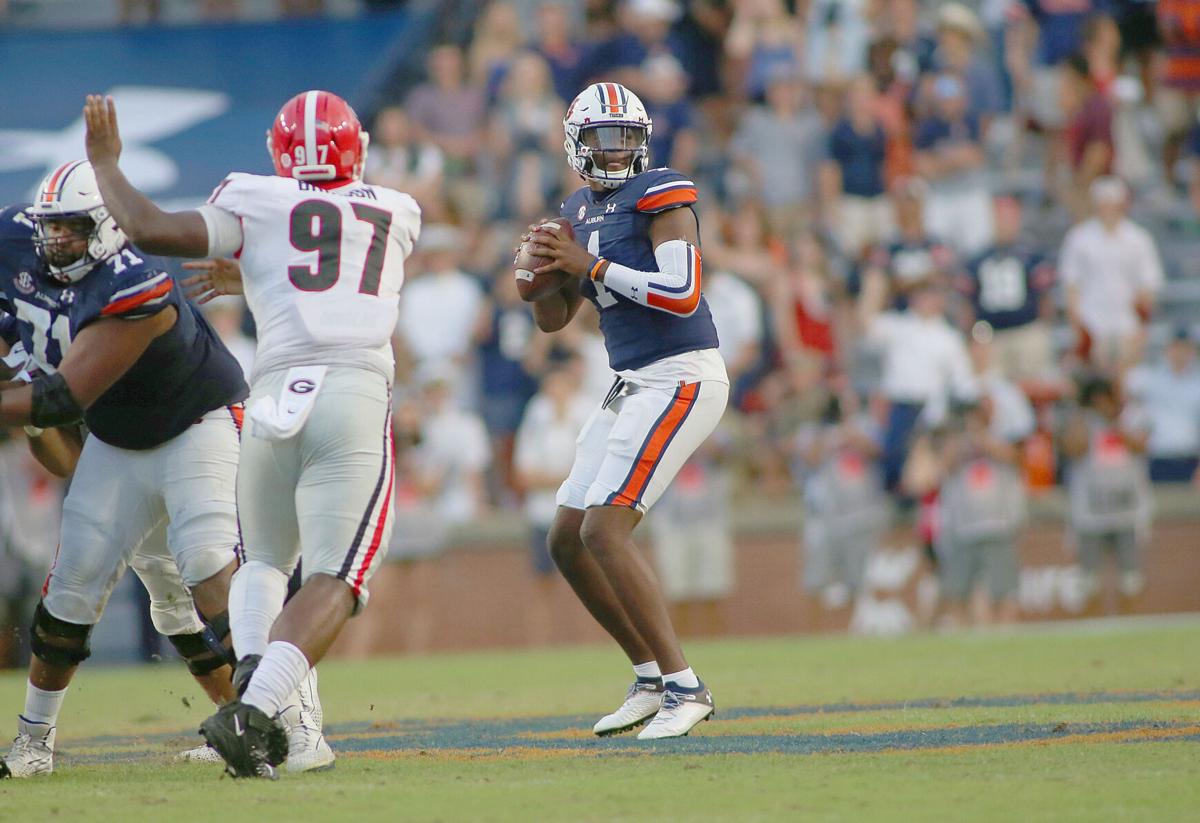 While Bryan Harsin understands all eyes are on TJ Finley as Auburn’s new starting quarterback, Harsin still expects Finley’s teammates to shoulder some of the load.

Harsin talked about the Tigers’ offense Monday following Bo Nix’s ankle injury against Mississippi State. The first-year Tigers head coach acknowledged Finley has plenty to do as the starter, but he called on some of Auburn’s offensive mainstays to make Finley’s transition easier.

“When somebody gets injured, I don’t just think that player has to come in there and be the guy that brings everything. It’s the guys that have been playing: the Nick Brahms, Tank Bigsby, Kobe Hudson,” Harsin said. “I’m counting on those guys to raise their level this week and their execution and make sure they’re doing their job so TJ can go in there and operate and do what he’s asked to do.”

Finley is set to take on his biggest workload yet for Auburn when the Tigers face South Carolina on the road Saturday night.

The sophomore appeared in mop-up duty in Auburn’s first two games this season then didn’t play at all against Penn State. He then had his biggest moment back on Sept. 25 when he came off the bench and led the Tigers’ come-from-behind win against Georgia State.

Since that thrilling victory, Finley has had only 10 pass attempts over six games and did not appear at all in Auburn’s matchups with Arkansas, Ole Miss and Texas A&M. Finley played on Auburn’s final drive against Mississippi State and had one pass attempt before fumbling the ball to close the book on the Tigers’ 43-34 loss to the Bulldogs.

Harsin explained Monday that Finley has acted like every backup quarterback he’s been around in his preparation in case he was called on at a moment’s notice.

“You’re always preparing, so he’s done all those things,” Harsin said. “Now it’s his opportunity to go out there and play the entire game and have a chance to prepare and practice with the reps this week as the starter.

“As far as his mindset and all that, he’s been very good. Now he’s going to go out there and do it in practice; then it needs to show up in the game.”

In regards to tailoring the offense to Finley, Harsin said he and the coaches already understand what Finley likes and added the coaches will continue to call plays they believe will be successful. While he acknowledged different quarterbacks are drawn to different plays, he said Auburn is still going to operate the system it’s used throughout the fall.

While Finley has five starts under his belt from his time at LSU, he’s set to take on his biggest role yet at Auburn. Harsin understands the players around Finley can help him grow more comfortable; at the same time, Harsin knows the sophomore has to deliver.

“He’s going to have to be able to execute those [things], and he’s going to have done everything that we have in our game plan,” Harsin said. “It’s just a matter of Bo’s had more reps at it in practice, and obviously more reps in games. TJ’s seen it, he’s done it. He’s going to get all the reps – all those starting reps – this week and have himself prepared from that standpoint.”

Auburn quarterback TJ Finley warms up before the Tigers’ game against Ole Miss on Oct. 30 at Jordan-Hare Stadium in Auburn.