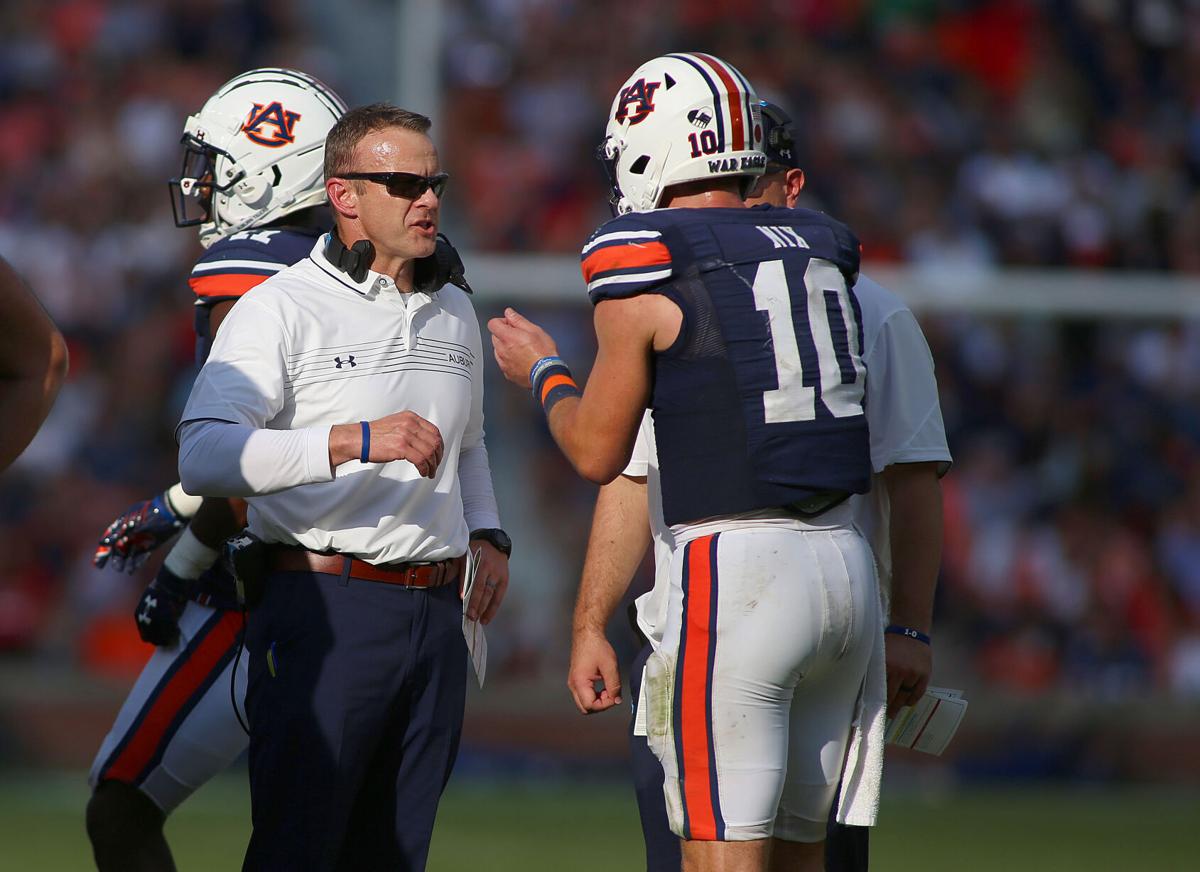 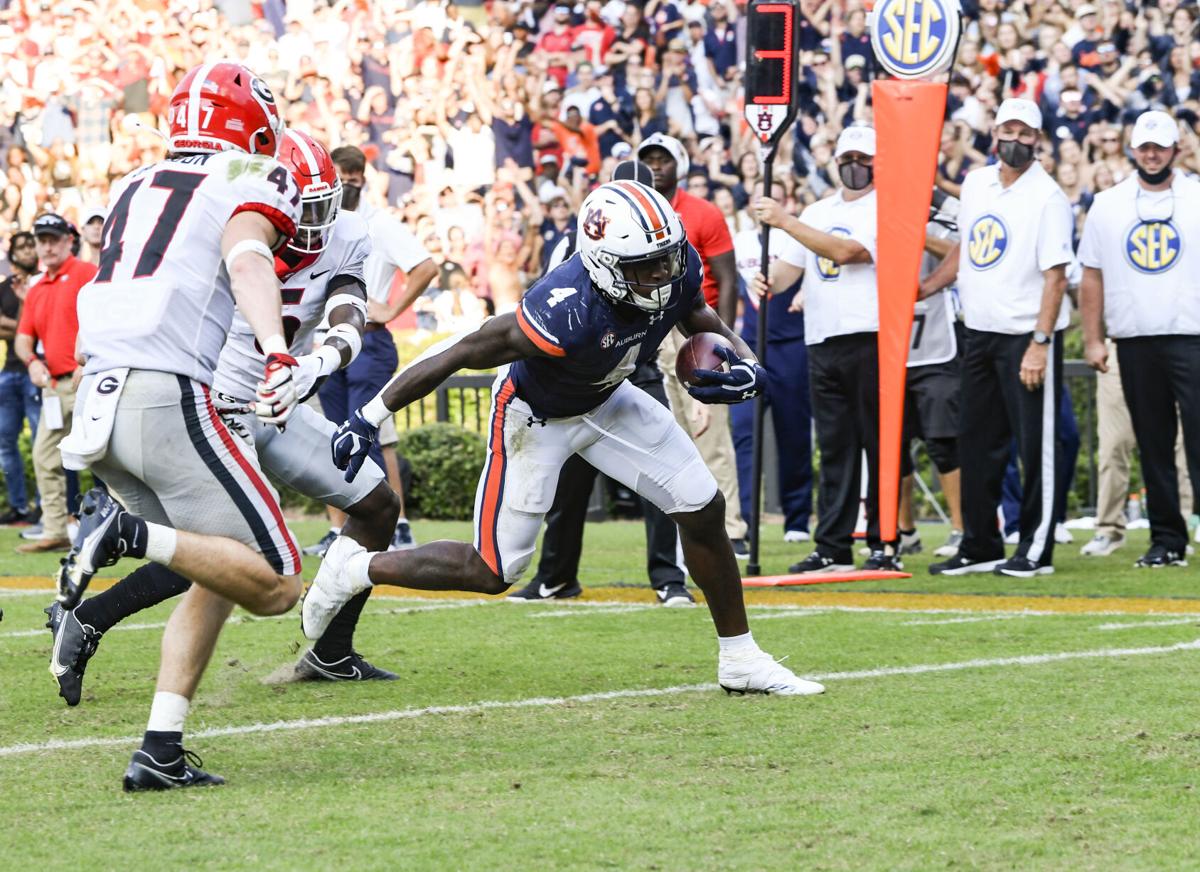 Tank Bigsby (4) scores a touchdown against Georgia on Saturday at Jordan-Hare Stadium.

Finding the end zone in those opportunities remains a high priority for Harsin and the Tigers, especially given the type of team they’re facing this week.

Harsin spoke Monday about the importance of ending drives with touchdowns as Auburn prepares to play an Arkansas team that is averaging 32.3 points per game and is coming off a 51-point performance against Ole Miss.

While Auburn has been in the middle of the pack nationally on red-zone conversions — the Tigers sit 38th nationally in scoring percentage and 61st in touchdown percentage — Harsin knows the Tigers have to execute in those situations in order to have the type of success he’s expecting.

“That’s the most important thing from an offensive standpoint is how you finish in the red zone and how you put points on the board,” Harsin said. “That’s our responsibility as an offense, and we’ve got to do a much better job at that.”

While the Tigers are mid-pack as far as scoring in the red zone, their two losses this fall have each featured a red-zone trip that went awry and ultimately decimated the team’s chances.

Auburn made the most of its first two-red zone trips against Penn State on Sept. 18 and ended both drives with touchdowns before the Tigers faced a must-have drive in the fourth quarter. Auburn got all the way to the Penn State 2-yard line when a fourth-and-goal play with 3:08 left in the game ended with an incomplete pass from quarterback Bo Nix.

Auburn got the ball back with 33 seconds remaining, but it was too little, too late for the Tigers.

The Tigers’ key red-zone situation against Georgia last Saturday wasn’t quite as make-or-break as the one against Penn State, but it also proved incredibly costly to the team’s chances.

Trailing Georgia 17-3 just before halftime, Auburn mounted a 12-play, 71-yard drive that got the Tigers all the way to the Bulldogs’ 3. Understanding the gravity of the moment — and that the Bulldogs got the ball to start the third quarter — the Tigers went for the end zone on fourth-and-goal, but Nix’s pass intended for Ze’Vian Capers fell incomplete.

By Georgia’s second drive of the third quarter, the game was essentially wrapped up.

Harsin made it a point to say scoring touchdowns in the red zone is emphasized every week and added how important it was to be very detailed with the plays called down there. He acknowledged how valuable it is to score touchdowns each and every game, especially in a matchup against an offense of Arkansas’ caliber.

Arkansas is just behind Auburn in red-zone scoring percentage (42nd) and touchdown percentage (63rd), but the Razorbacks are coming off their most-effective game of the season. Arkansas made a season-high eight trips to the red zone against Ole Miss and made the most of them, scoring touchdowns seven times and hitting a 31-yard field goal on the only other trip.

Given his offensive background, Harsin expects more from an Auburn offense that, in his opinion, has had to settle for three points far too often.

While taking that next step will take real effort, he understands the Tigers have to make it happen in order to stay in contention for the rest of the fall.

Picks and Predictions: Auburn at Arkansas

The sports staff makes its predictions for Auburn's trip to Arkansas this Saturday.

Tank Bigsby (4) scores a touchdown against Georgia on Saturday at Jordan-Hare Stadium.