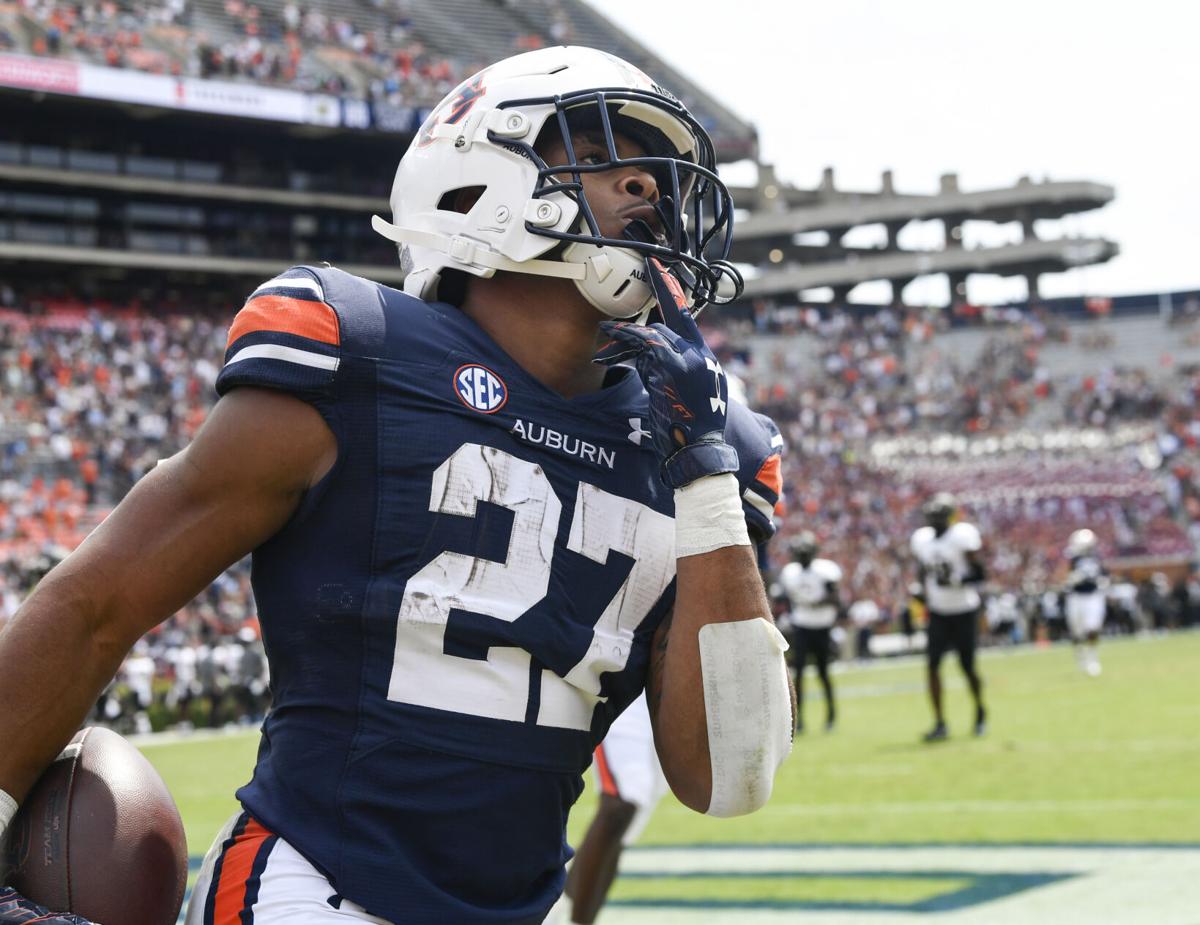 Jarquez Hunter celebrates after a touchdown against Alabama State on Saturday in Jordan-Hare Stadium. 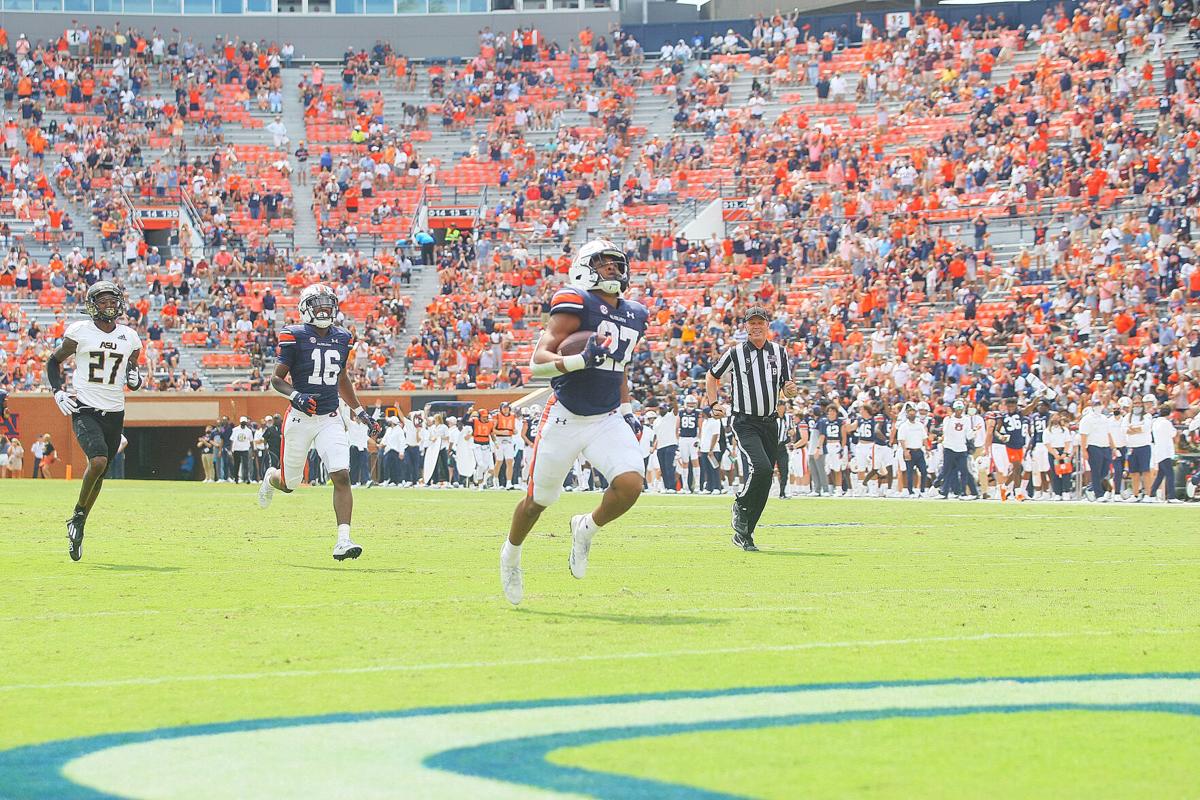 The true freshman back led the Tigers in rushing yards during Auburn’s 62-0 win over Alabama State, and also set the program record for the longest rushing touchdown with his 94-yard run in the third quarter.

With fellow running back Shaun Shivers out, Hunter stepped up as the No. 2 back for Auburn behind Tank Bigsby. Hunter was a highlight for the Tigers, finishing with 147 yards on eight carries.

The breakaway 94-yarder in the third quarter was the biggest carry — and the one that got him in Auburn’s record book.

“At first I was going to the right, and then I seen just a great cutback and I took it and then I was gone for the run,” Hunter said after the win. “And then I didn’t know if anybody was close to me so I just ran as fast as I can.”

“I was very excited that I scored because that was going to be my last drive, so I had to get that one,” Hunter smiled.

After a quiet first quarter with only two carries for 11 yards, Hunter got stronger as the game went on.

He carried the ball four times in the second quarter and picked up 17 yards before breaking free in the third. His first rush in the third was for 25 yards and he followed it up with his 94-yard touchdown.

Through two weeks of play, Hunter has carried the ball 17 times for 257 total yards with two touchdowns.

“He can bring a lot to the table,” said cornerback Roger McCreary. “I’ve been saying that since like fall camp, I’ve seen it in him, like how he was running. He was running against us, on, like, starting defense. So, I knew that was going to be easy to him. I even said, ‘He’s going to score before the game’s over with.’

“And that was it right there. I didn’t know it was history right there either, but that was crazy though.”

Hunter is from Philadelphia, Miss. He signed with Auburn in February. He is one of few Bryan Harsin signees, as the early December signing period opened before Harsin was hired.