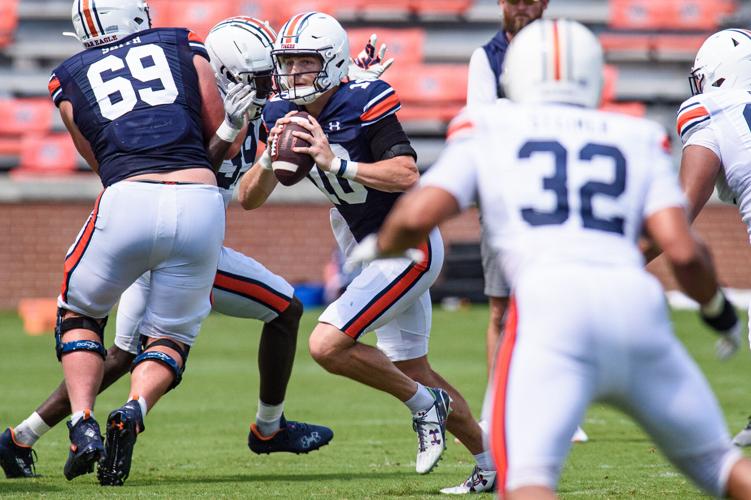 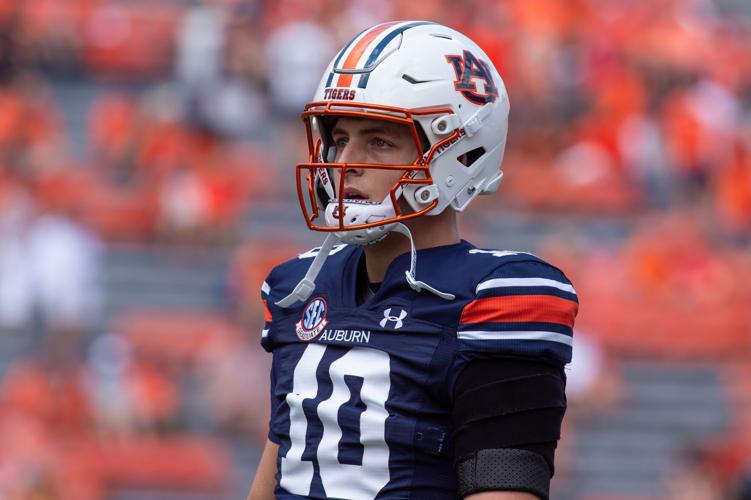 Auburn’s Zach Calzada (10) looks across the field during pregame warm-ups Saturday in Auburn.

Auburn transfer quarterback Zach Calzada will not be suiting up in 2022, according to a report Thursday.

Calzada will be scheduling surgery on his non-throwing shoulder soon and applying for a medical redshirt for this season, according to Justin Hokanson of AuburnLive.

The report was later corroborated by AL.com.

Starting quarterback TJ Finley is also reportedly out for the Missouri game Saturday. That leaves Auburn with backup Robby Ashford and true freshman Holden Geriner available for the Tigers as Bryan Harsin battles to save his job. A loss to Missouri would give Auburn a losing record of 8-9 under Harsin.

Calzada, a transfer from Texas A&M, missed the spring due to the injury to his non-throwing shoulder, suffered last season when playing for the Aggies against Auburn. He has not played while Finley and Ashford have struggled. Finley has thrown only one touchdown with four interceptions this season. Ashford has thrown one touchdown with two interceptions. Auburn has yet to record a takeaway and has given away eight turnovers, muscling by San Jose State in a one-score game before the team was exposed in an embarassing blowout loss to Penn State.

Geriner is a four-star quarterback from Savannah, Ga., who signed with Auburn in December 2021.

LEE: We’re all trapped in purgatory

You ever have one of those out-of-body experiences where time just stopped?

Bigger than Bigsby: Auburn’s rushing woes go beyond one player

As a team, Auburn had more carries (45) for fewer yards (86) against Missouri than it did in its loss to Penn State. It was the third time under Bryan Harsin that Auburn has averaged 1.8 yards or fewer per rush attempt.

“I can’t wait to watch him in the big leagues. That’s my dog.”

“When you come to Jordan-Hare, you never know what could happen," Robby Ashford said. "This is one of the examples."

Listen now: O-A News Overtime Episode 81: Is it a mask or is it just delusion?

Auburn-Georgia set for 2:30 on CBS

The Deep South’s Oldest Rivalry is back on CBS this season — even though all the intrigue may be off the field.

Post-press conference, Harsin shook hands and greeted staffers. A few minutes later, he got a knock on his office door. It was Eli Drinkwitz.

Kaufman, who started at safety for Auburn through its first three games, didn't log a snap against Missouri. As expected, Finley missed Auburn's win against the Tigers.

Auburn’s Zach Calzada (10) looks across the field during pregame warm-ups Saturday in Auburn.