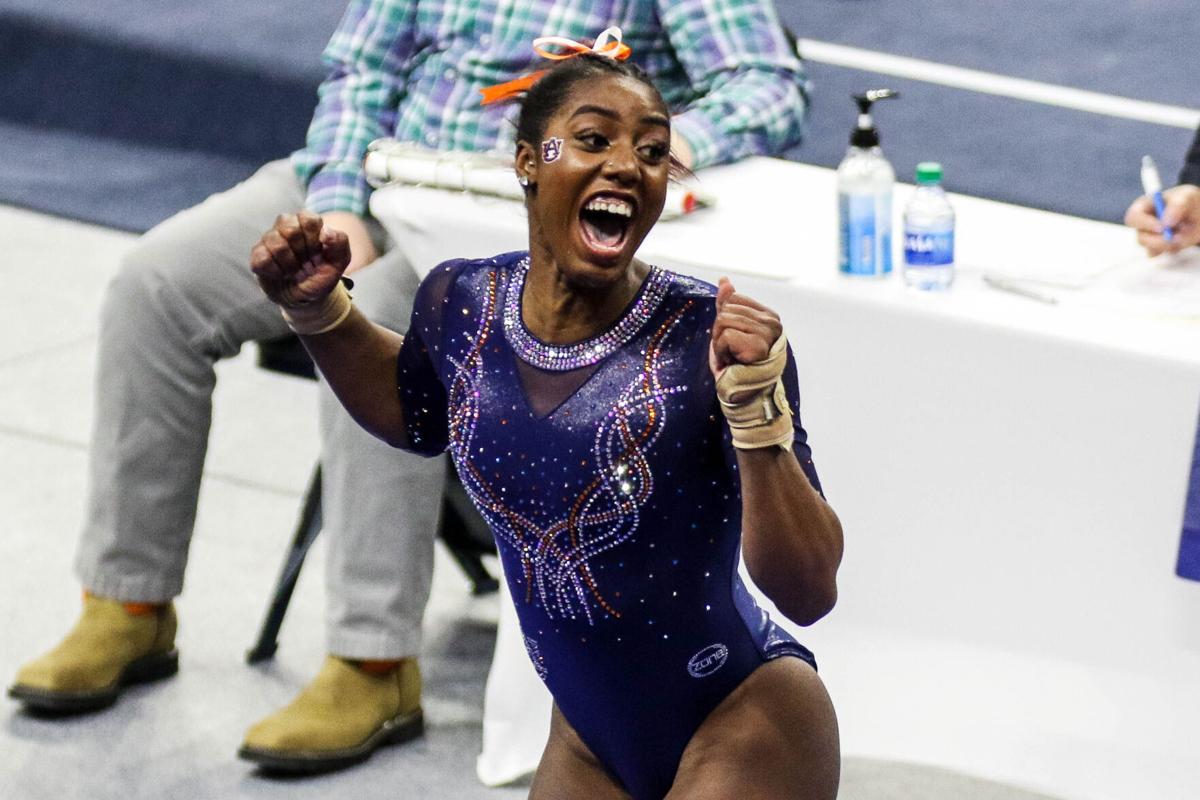 Auburn's Derrian Gobourne celebrates after her vault against Georgia on Friday in Auburn Arena. 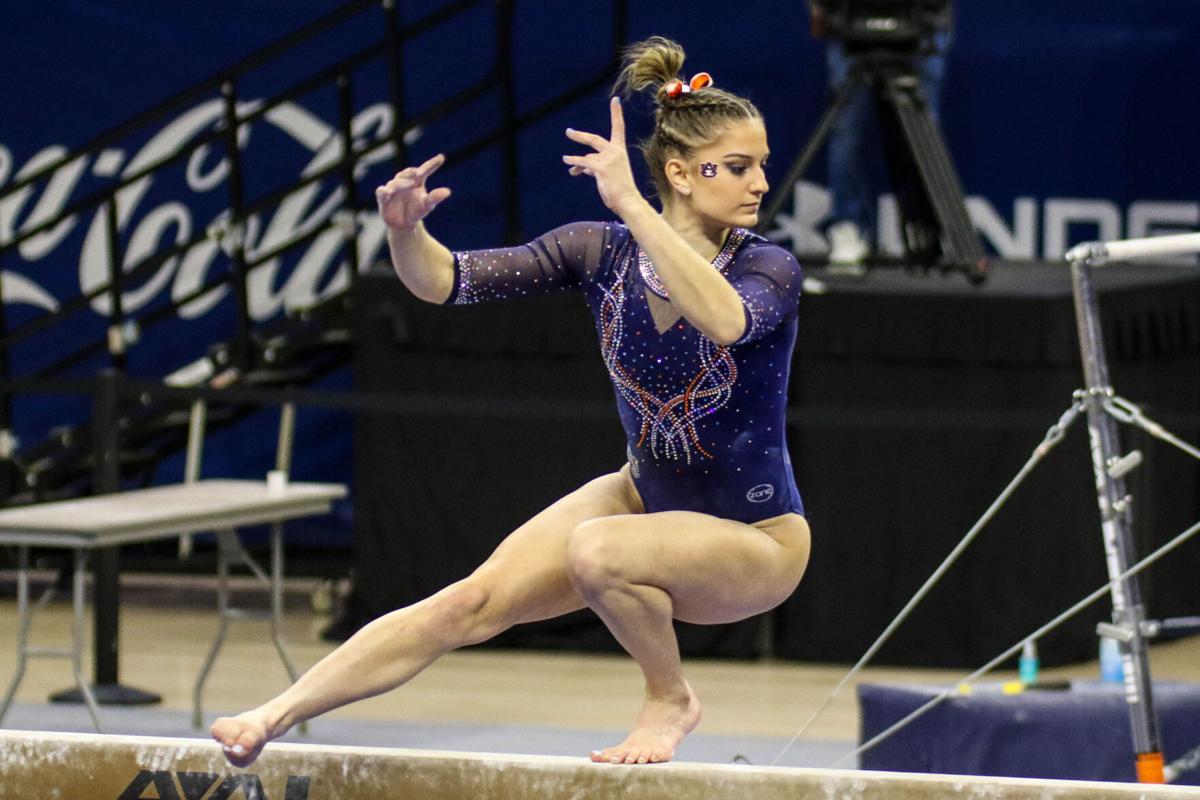 Auburn's Cassie Stevens performs on beam against Georgia on Friday in Auburn Arena.

Auburn got its hot start in the first two events.

Then by the time the Tigers moved to floor, the meet with rival Georgia had turned into a party on the Plains.

Derrian Gobourne electrified with her show-stopping floor routine at the end of the night, which capped Auburn’s victory and pushed the Tigers over a 197 on the final routine — and the Auburn gymnastics team topped rival Georgia 197.050-196.100 on Friday night in Auburn Arena.

Auburn finished with its best team score this season in three of four events. The meet marked the second time this season Auburn topped a 197, in as many home meets.

Gobourne shined bright as ever winning the vault and the bars and tying for the meet’s top score on floor.

“Our team did a really good job of staying together,” Stevens said after the Tigers’ celebration.

Auburn roared out of the gates, posting season-best team scores on both vault and bars. Gobourne launched way to the vault title with a season-best 9.925, then flipped her way to a career-best 9.950 on bars.

Season-bests lined the night for the Tigers early, going up big after two rotations.

The Tigers hit a lull on beam, though, with Stevens adjusting to throw a conservative routine and net a 9.875 in the anchor position after a few missteps ahead of her — but the Tigers brought the energy right back up on the floor, dancing their way to victory.

“I told the girls I was really proud of them,” Auburn head coach Jeff Graba said. “They did what we asked them to do all week, just start fast and stay as a group, stay as a team — and they fought through some adversity as well. We went to beam and that wasn’t what we actually wanted to do.

“That was a challenge — a young squad to go to floor after that and to suddenly be in a game again, I felt like they did a good job of cutting loose and doing what they’re capable of on floor and it’s one of our better performances.”

Auburn had talked during the week about the importance of starting the meet strong, and Friday night did just that.

Drew Watson hit a season-best 9.900 on vault to back up Gobourne’s score there, with Aria Brusch earning silver-medal marks on bars with career personal best 9.925.

Auburn’s team scores on vault, bars and beam were all season-highs. Auburn threw down a 49.225 on vault, a 49.475 on bars and a 49.350 on floor. Auburn’s 49.000 on beam was only its third-best this season, but the Tigers responded well in the final rotation, with Gobourne’s sizzling routine pushing Auburn past the finish line.

"It's kind of a lifelong dream. I know it's kind of cliché, but you grow up an Auburn fan, and when you finally get to put a jersey on it'll finally come true."

Former Tennessee defensive end signee Dylan Brooks committed to Auburn on Saturday. The news comes after Brooks was finally released from his national letter of intent on Friday.

"I grew up an Auburn fan just from the day I was born ... Just getting an offer from the team you watched growing up and the stadium you go to most is just a great feeling."

Auburn guard Sharife Cooper was sidelined with an ankle injury, and the Tigers failed to keep pace offensively in a 74-57 loss to Florida on Tuesday night.

Former West Virginia cornerback Dreshun Miller announced his commitment to Auburn on Monday. The news comes after Miller completed his junior season with the Mountaineers.

Auburn's Derrian Gobourne celebrates after her vault against Georgia on Friday in Auburn Arena.

Auburn's Cassie Stevens performs on beam against Georgia on Friday in Auburn Arena.