‘That’s on us’: Auburn defensive end Colby Wooden looks for defensive front to respond
0 Comments
Share this
{{featured_button_text}}
1 of 2 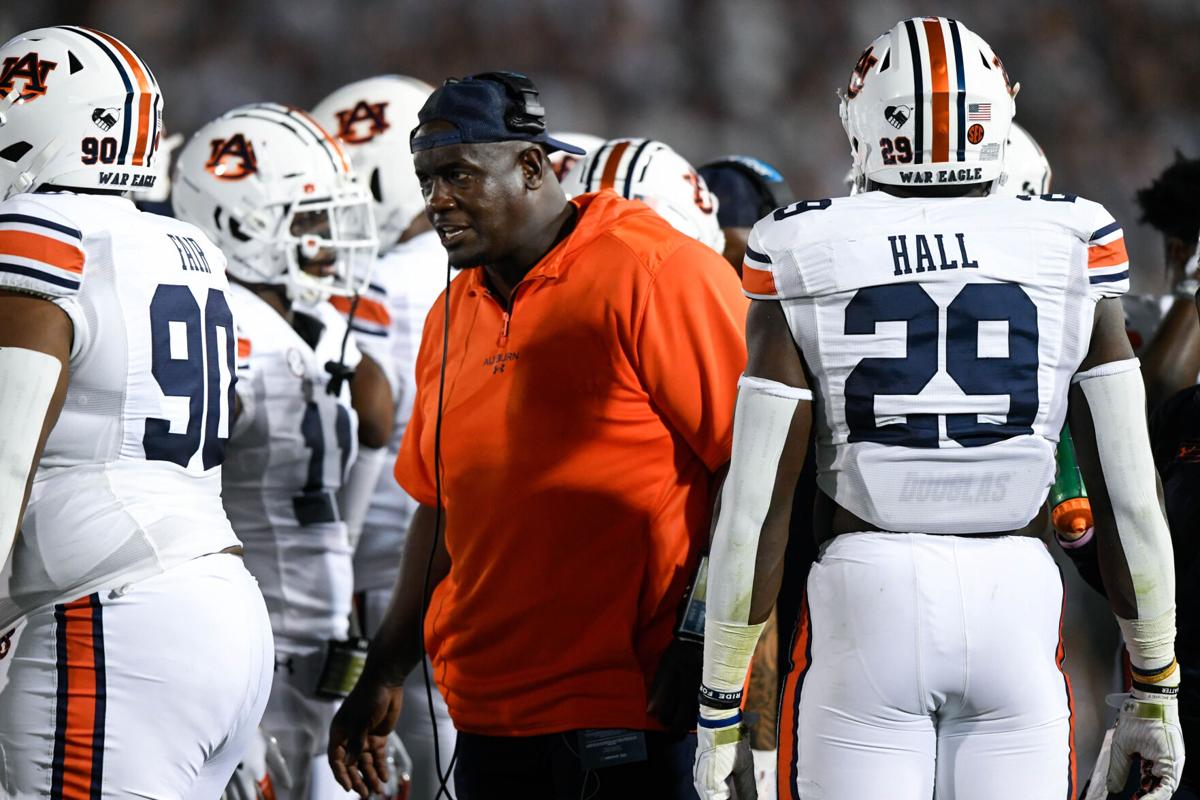 Auburn EDGE Derick Hall (29) walks on the sidelines alongside defensive line coach Nick Eason during the Tigers’ game against Penn State on Saturday at Beaver Stadium in State College, Pa. 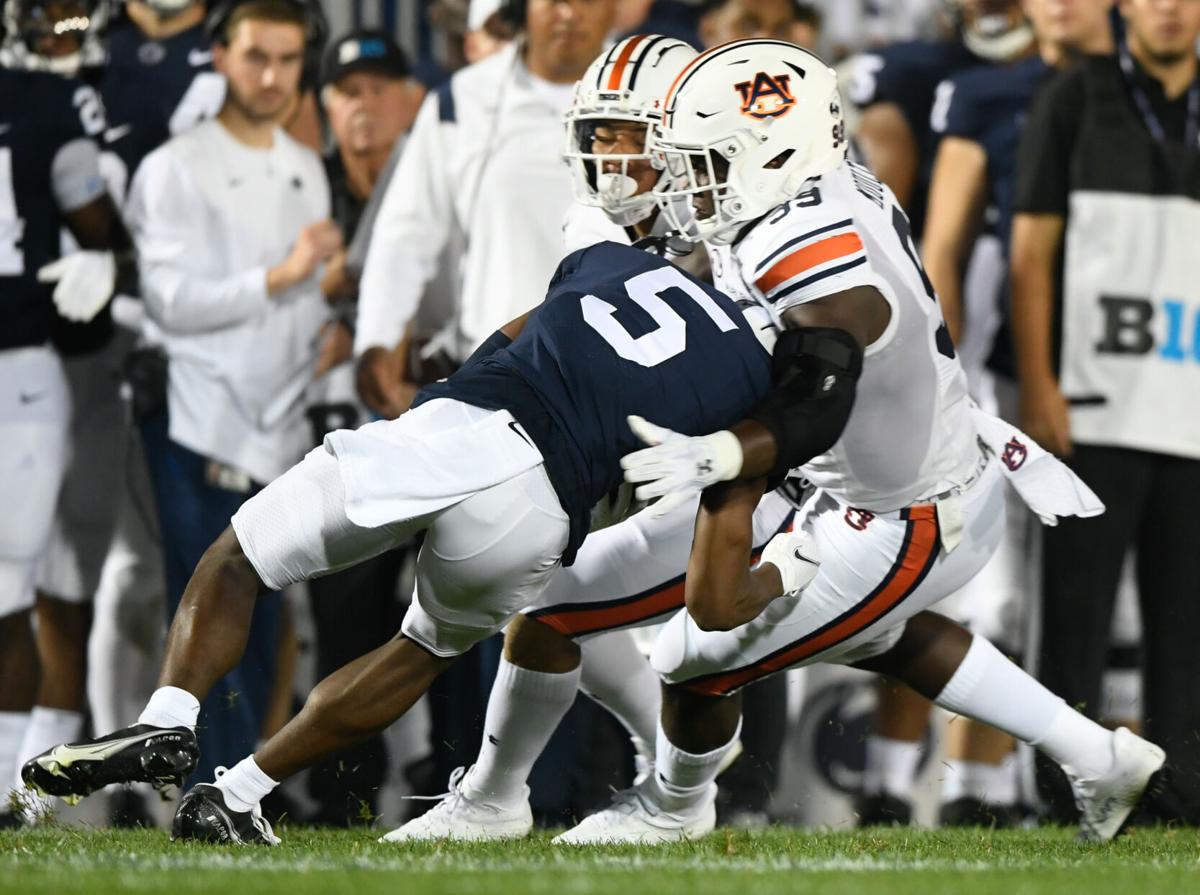 Wooden owned the struggles of himself and the Tigers’ defensive front on Saturday, when the Tigers couldn’t generate a pass rush or affect Penn State quarterback Sean Clifford in a 28-20 loss.

Wooden spoke about Auburn’s issues on Wednesday and made it clear the plan going in for himself and his teammates simply did not get executed.

“I feel like we’ve played well in both areas, affecting the quarterback, stopping the run. At Penn State, we were rushing three at times. They were protecting with seven men,” Wooden said. “We’ve just got to work on our technique better, get off the ball faster. Just fundamentals, get better.”

Auburn’s pass rush – headlined by the new EDGE position – showed flashes in the Tigers’ first two games against Akron and Alabama State. Against the Nittany Lions, the results were lacking.

Auburn did not sack Clifford in Saturday night’s contest and only recorded one hurry, which came courtesy linebacker Zakoby McClain. The pass rush is pivotal in an Auburn defensive scheme that relied more on zone coverage than man-to-man; since Wooden and his teammates couldn’t get to the backfield, Clifford promptly picked the defense apart.

By night’s end, the Penn State offense had 302 passing yards, its highest total since putting up 327 against Illinois last December. Clifford walked away having completed 87.5 percent of his pass attempts, by far the senior’s best mark as the Nittany Lions’ starter.

That, however, quickly proved ineffective, something Wooden owned in the aftermath.

“We felt like we could get pressure with three, but that’s on us,” Wooden said. “We can definitely improve, get back there faster. Better technique, just getting back to fundamentals, getting off, hand placement, knock back, attacking one man, attacking half a man instead of a whole.

In terms of trying to apply pressure with three rushers in the future, Wooden said the Tigers have to attack half a man, get off the ball quickly and recognize their keys. He explained the players cannot afford to get caught between two offensive linemen, thereby rendering their would-be rush useless.

Wooden said the EDGE players were upset after the game because of their performance and noted the players got close to Clifford a few times but didn’t come through. He added the group – headlined by Derick Hall and TD Moultry – has used last week’s struggles as motivation and they’ve been on point during this week’s practice.

As for his own mindset, Wooden said he wasn’t satisfied with how he played and how he expects much more from himself going forward.

Auburn EDGE Derick Hall (29) walks on the sidelines alongside defensive line coach Nick Eason during the Tigers’ game against Penn State on Saturday at Beaver Stadium in State College, Pa.