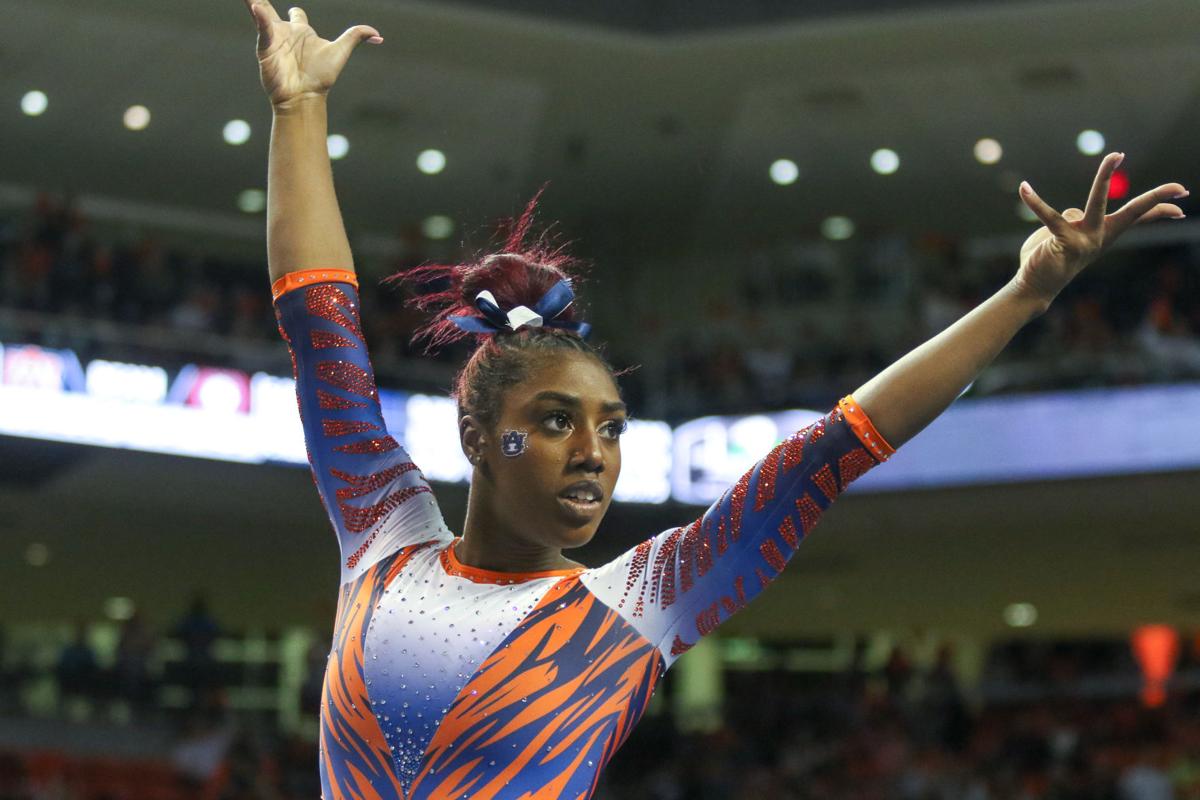 Derrian Gobourne performs her floor routine during the Auburn vs. Alabama gymnastics meet at Auburn Arena on Jan. 10, 2020. 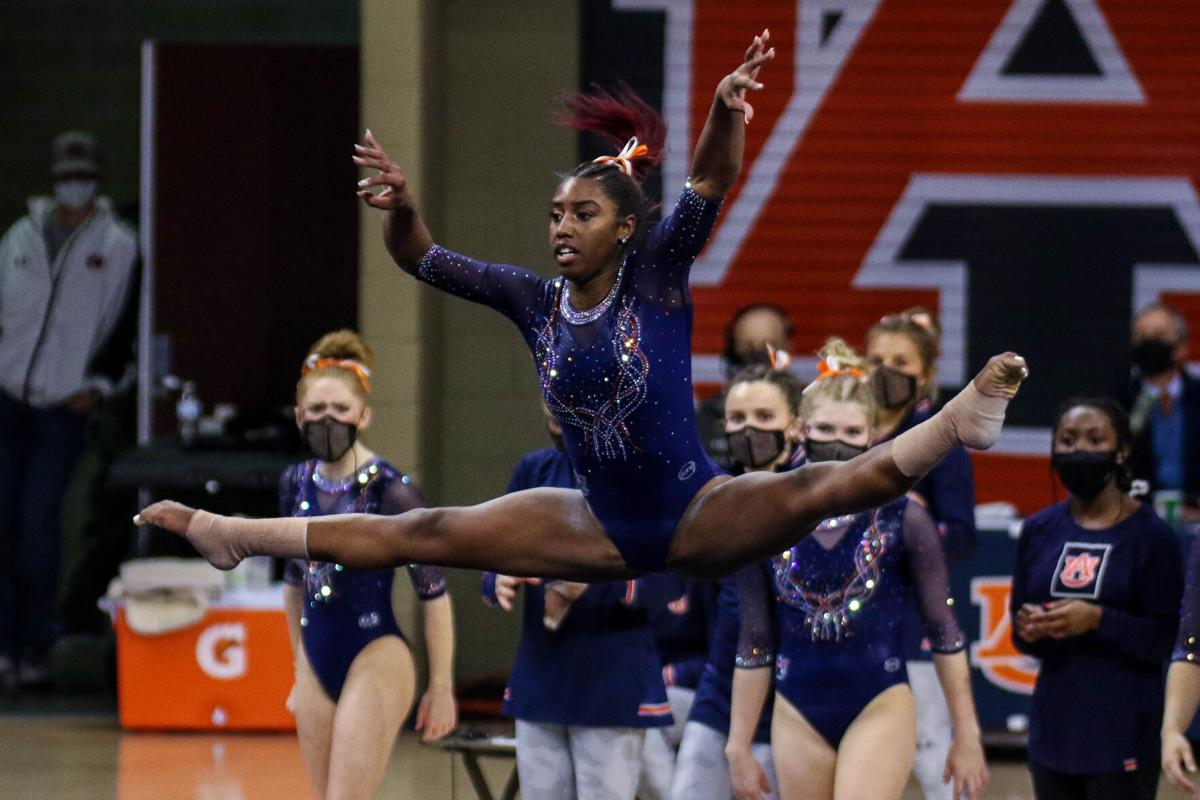 Auburn’s Derrian Gobourne peforms her floor routine during the Auburn vs. Georgia gymnastics meet on Feb. 19 at Auburn Arena.

Derrian Gobourne is always puts her own flair on her performances.

Gobourne created and designed her new signature leotard launched with Salute Leos on Thursday, on the first day NCAA lifted long-held bans on athletes marketing their name, image and likeness.

Some athletes have placed sponsored ads on their social media, and others have put their names on merchandise. Gobourne is exploring the new possibilities the way only ‘the queen’ can.

“It was a no-brainer and I think she’s a great candidate for this — and an amazing athlete at Auburn,” said Jennifer McMullen, the owner of Salute Leos.

Gobourne’s design features crowns across the leotard, fitting for the Auburn star who won an NCAA championship on vault in 2019 and who fashions a crown above her head with her hands when she celebrates big routines in Auburn Arena.

Salute Leos is a small business that McMullen said makes practice leos designed specifically for comfort and training. She said she saw the need for them watching her girls and their teammates train hard more than once a day on their way up in Florida — and Gobourne was one of those teammates. The company is only two years old, but she said their leos have even been worn in practice by current U.S. Olympic team members MyKayla Skinner and Grace McCallum.

She said the company has created a signature leo with another high-level gymnast before, in former Oklahoma national champion Maggie Nichols, but that happened after she was finished with her NCAA eligibility.

This is new territory, finally opened on July 1.

And it’s a new space for an athlete like Gobourne to create.

“I think there’s a ton of girls who look up to her,” McMullen said. “She’s a great role model in many, many ways — not just the gymnastics but the person she is. Very humble, actually, even though her queen status doesn’t appear that way,” she laughed. “She is. So, a great person to choose.”

McMullen said Gobourne will receive a cut of the profits from every leotard sold.

The NCAA on Wednesday hurriedly lifted its national ban on athletes using their NIL in marketing, pressed for months by lawmakers who have pushed through new legislation opening things up. After onlookers speculated on how things would change for future top draft picks signing big apparel deals, Gobourne and Salute Leos are showing the possibilities for hometown heroes and small businesses.

“It’s kind of uncharted territory, right?” said Jennifer McMullen’s husband, Fred McMullen. “But from our perspective, we want it to be that. We don’t want it to just be the elite athletes or the top 1-percent, or three at a school, or what have you. We think it should be more of a groundswell, so to speak, of athletes across all sports that can participate. Hopefully it’s an advantage for them, and a reward somewhat.

“I think that’s what it’s meant to do is kind of level the playing field.”

Gobourne’s ‘The Queen Leo’ is available on saluteleos.com, in sizes ranging from child up.

“She designed it. She came up with it. We created it together, and it’s launching today,” Jennifer McMullen said.

Derrian Gobourne performs her floor routine during the Auburn vs. Alabama gymnastics meet at Auburn Arena on Jan. 10, 2020.

Auburn’s Derrian Gobourne peforms her floor routine during the Auburn vs. Georgia gymnastics meet on Feb. 19 at Auburn Arena.