Vanderbilt head coach Derek Mason talks to his players in the second half of a game against LSU on Oct. 3, 2020, in Nashville, Tenn. 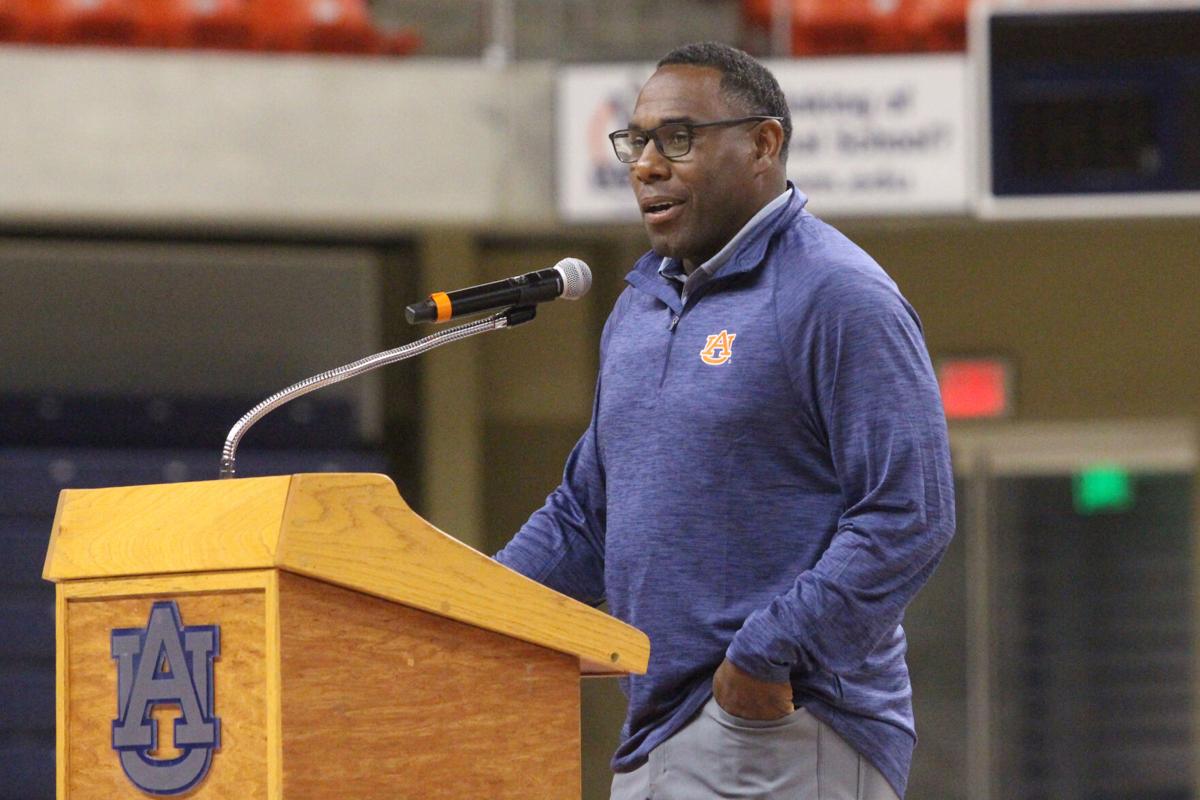 Davis and Ashmore discussed their relationships with Mason at SEC Media Days on Wednesday. Both described the first-year Auburn defensive coordinator as a positive influence during their time in Vanderbilt and as someone they want to see succeed in his new role with the Tigers.

“My experience with coach Derek Mason was awesome. He recruited me pretty heavily, and I love the guy,” said Davis, who is a junior defensive lineman. “He was a fair guy, a great dude, very enthusiastic and loved the game, so I think Auburn got a great deal with that. He’ll go in there and coach guys up real hard and get the best out of them, so that’s great for them.”

Ashmore only played one year for Mason at Vanderbilt, but it wound up being a monumental one for him.

Ashmore played in all nine of the Commodores’ games last fall as a true freshman offensive lineman, which included five starts. Ashmore credited Mason for being the one who recruited him to Vanderbilt and for making an impact during his adjustment to playing at the collegiate level.

“I have a lot of good memories with Coach, and he was a great guy the entire time. Great on-the-field coach, great off-the-field coach,” Ashmore said. “He brought great energy every day and was a good guy to have in your building. Nothing but good things to say about him. I’m excited to see what he does at Auburn.”

Mason posted a 27-55 record over his seven seasons with the Commodores during a stretch that saw the team make two bowl appearances and beat rival Tennessee in three straight meetings from 2016-18.

Mason became well-revered in the conference for his defensive mind and helped several Commodores move on to the NFL, including linebacker Zach Cunningham, defensive back Joejuan Williams and defensive end Dayo Odeyingbo.

“I give him the utmost credit. Dude polished me so much. I was so blessed to have him as my head coach, defensive coordinator and corners coach for my first two years,” Williams said in January. “He taught me a lot of tools of the game that I still use today. He really fine-tuned me and I feel like got me ready for the league. From a defensive back perspective, that’s what I can say about that. He knows what he’s talking about.”

Mason takes on the task of rebuilding an Auburn defense that took a step back in 2020 after graduating several key playmakers from the previous team. The Tigers gave up 406 yards per game last fall in Kevin Steele’s fifth and final season as defensive coordinator.

Olympian Tom Daley knits while watching in the stands in Tokyo

Olympian Tom Daley knits while watching in the stands in Tokyo

Sunisa Lee is enrolled at Auburn University for the fall

Sunisa Lee’s next stop after the Olympics is Auburn University.

With the performance of a lifetime, Auburn gymnastics signee Sunisa Lee won gold in the individual all-around final at the Tokyo Olympics.

In the Team USA’s most dire moment, Sunisa Lee came up big.

Auburn signee Sunisa Lee is an Olympic champion, putting to action a gold-medal plan by her club coach Jess Graba and her college coach Jeff Graba.

The Auburn gymnastics team took to Toomer's Corner on Thursday night to celebrate Sunisa Lee's win at the Olympics.

Suni Lee has added more hardware for her magical run in Tokyo.

Auburn signee and Olympic champion Sunisa Lee told Inside Gymnastics in a new interview Friday that she doesn’t want to miss the college experience.

Auburn signee Sunisa Lee calls her family her inspiration. On Thursday, she inspired them — and countless more around the world.

‘She threw down the gauntlet’: Auburn’s Suni Lee enters bars finals going for another gold

Vanderbilt head coach Derek Mason talks to his players in the second half of a game against LSU on Oct. 3, 2020, in Nashville, Tenn.