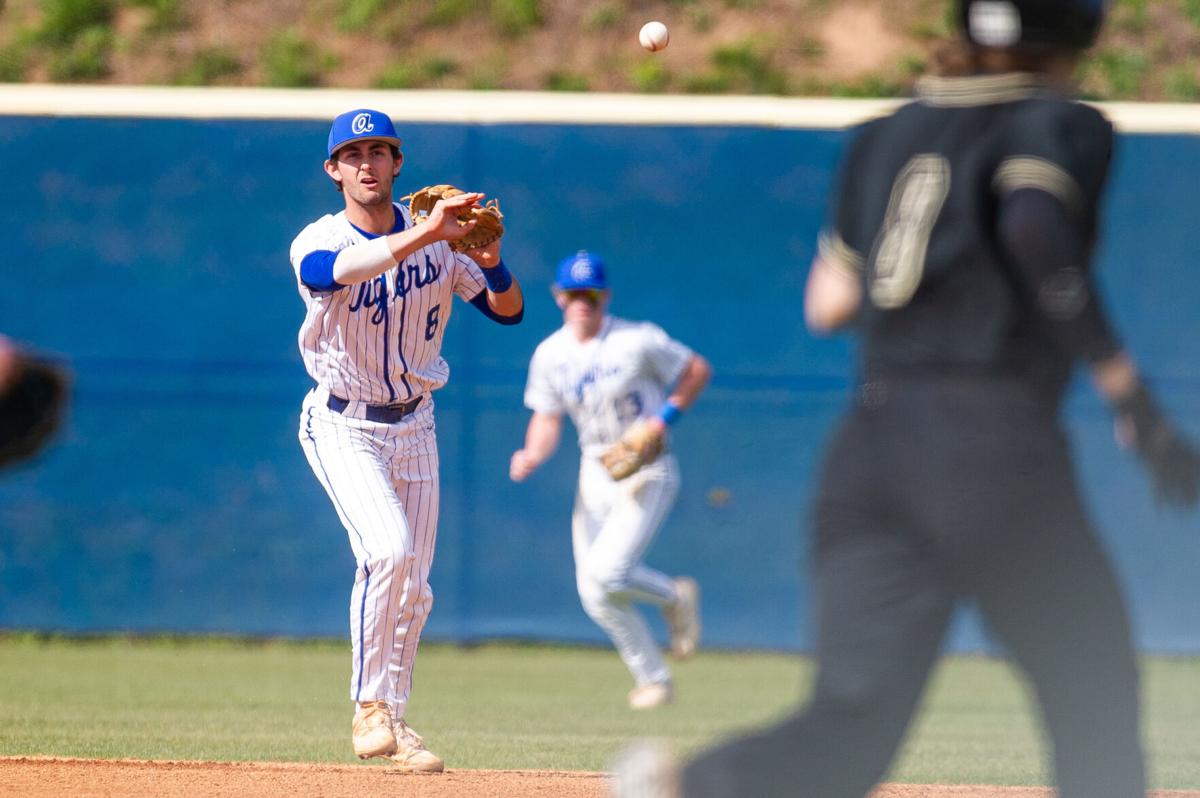 Auburn second baseman Ryan Olson (8) throws to first for an out against Dothan on April 3 in Auburn. 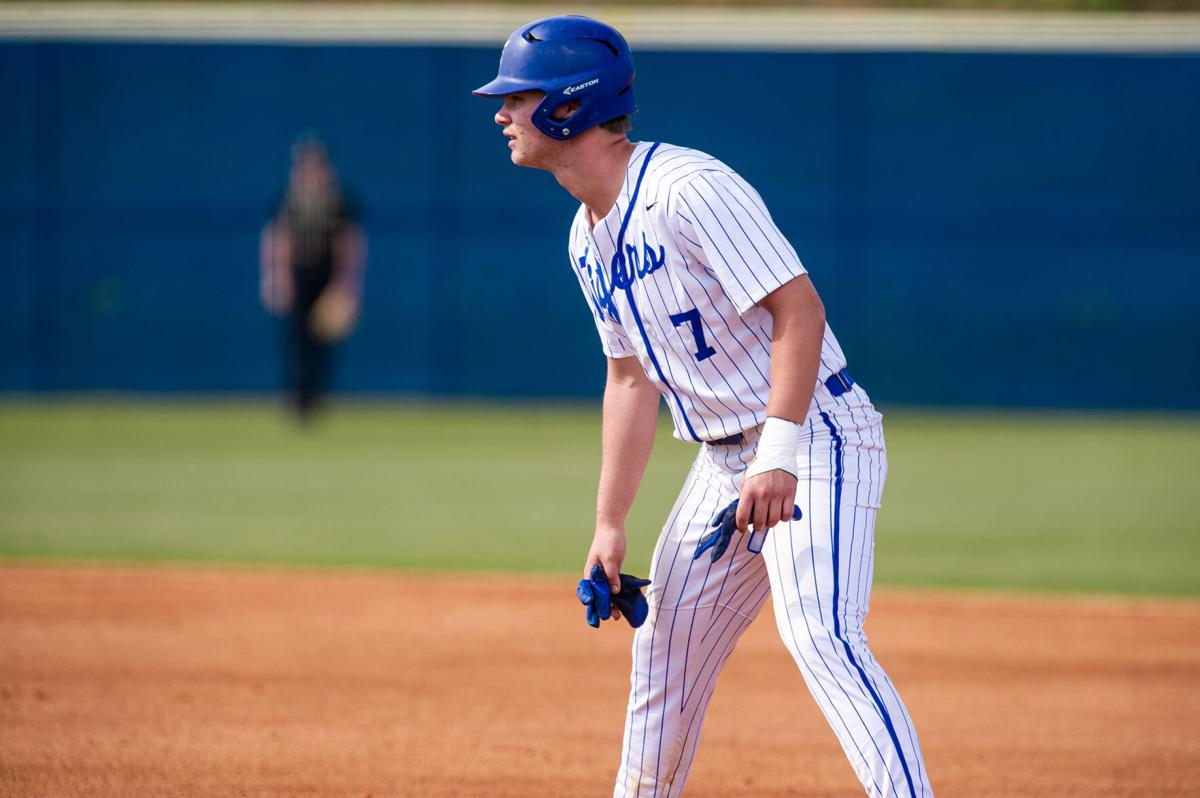 Auburn’s Patrick McGlon (7) gets a lead at first base against Dothan on April 3 in Auburn.

Ryan Olson picked up the save in the seventh inning, forcing a groundout then firing two strikeouts to finish the job, and the Auburn High baseball team held off Columbus (Ga.) 7-5 on Tuesday on the way into area play.

Top-ranked Auburn High moved to 24-2 on the season.

That set the stage for Olson’s save, coming on as the seventh Auburn High pitcher in the game as they all handled an inning during the mid-week.

Auburn High next plays Carrollton (Ga.) at 4 p.m. Thursday at home, before traveling to Helena to play 5 p.m. Friday.

Auburn High then plays for keeps in area, starting April 14 at Smiths Station. The Tigers will follow that game with a doubleheader against Smiths Station on April 15 at home.

The Tigers will then get set for their showdown series with sixth-ranked Central-Phenix City. Auburn High is set to host Central for the opener on April 21 before moving to Central for a doubleheader April 22 in Phenix City.

Auburn High is ranked No. 1 in Class 7A in this week’s rankings by the ASWA, while Central is No. 6. Auburn High may lose its top spot when the new rankings are released Thursday, after suffering a close 4-3 loss to No. 2 Hewitt-Trussville last Friday — but the rankings won’t matter when area play rolls around and teams are earning their spots in the state playoffs.

Auburn High bounced back from that loss to Hewitt-Trussville the next day with a 7-0 win over Northside-Columbus (Ga.) and a 12-2 win over No. 8 Dothan.

Beauregard has named Justin Jones as the new head coach of the Hornets football program.

Four local high school baseball teams are set to return to the diamond this weekend when the state tournaments for Classes 1A-6A begin on Friday.

"He's been pitching like that all year for us. He gives us a chance. He competes, and he shows a lot of energy out there. We kind of focus off that energy."

Auburn High alum and Auburn University defensive back Trey Elston got his chance to see the field and rose to the occasion in Auburn’s A-Day spring game on Saturday.

Following a 2020 high school football coaching carousel during which one-third of the local teams changed head coaches, the amount of movement…

Former Central-Phenix City linebacker Markail Benton built a reputation as a dominant defender. Benton took his talents to Jacksonville State last year, and the move has paid off.

“I honestly think that's what I'm going to miss the absolute most about him: his ability to own the situation. ... He was always true to being Price.”

"[Winning the championship] was one of the most I would say thrilling, breathtaking and emotional moments all in one moment ... It was a very surreal, very exciting moment."

Auburn second baseman Ryan Olson (8) throws to first for an out against Dothan on April 3 in Auburn.

Auburn’s Patrick McGlon (7) gets a lead at first base against Dothan on April 3 in Auburn.