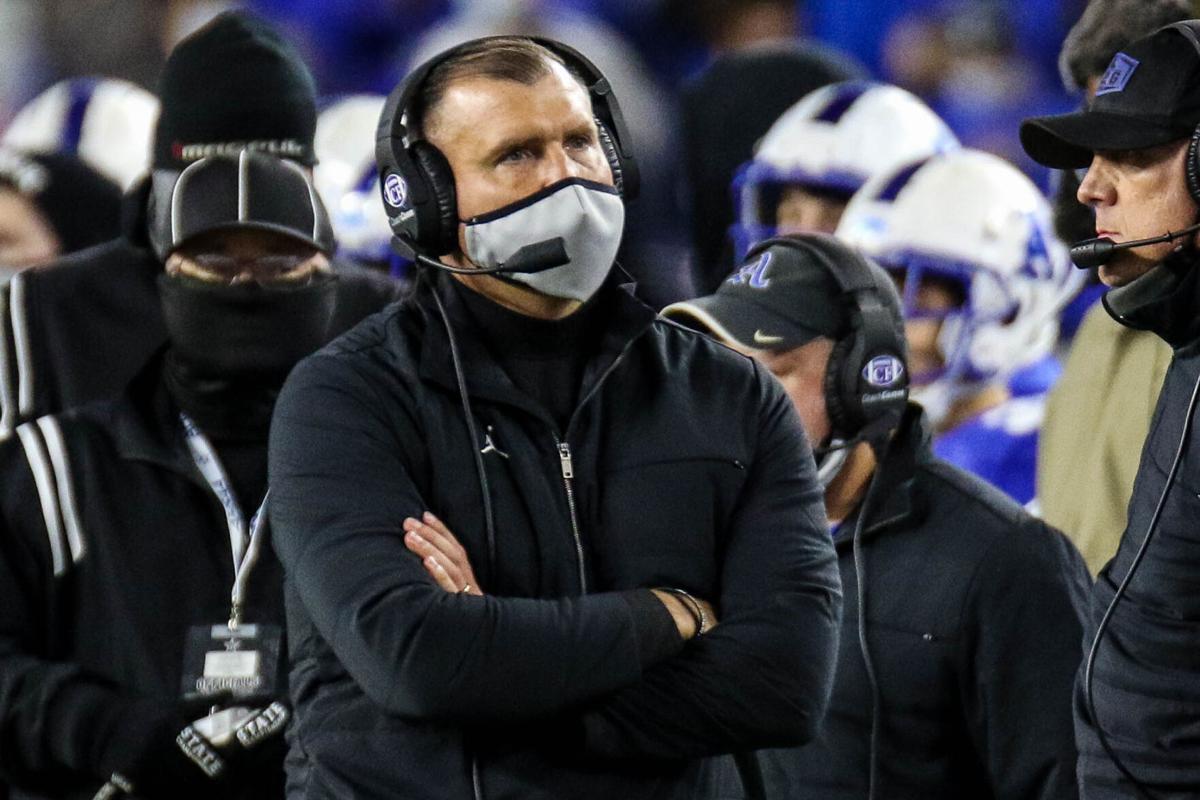 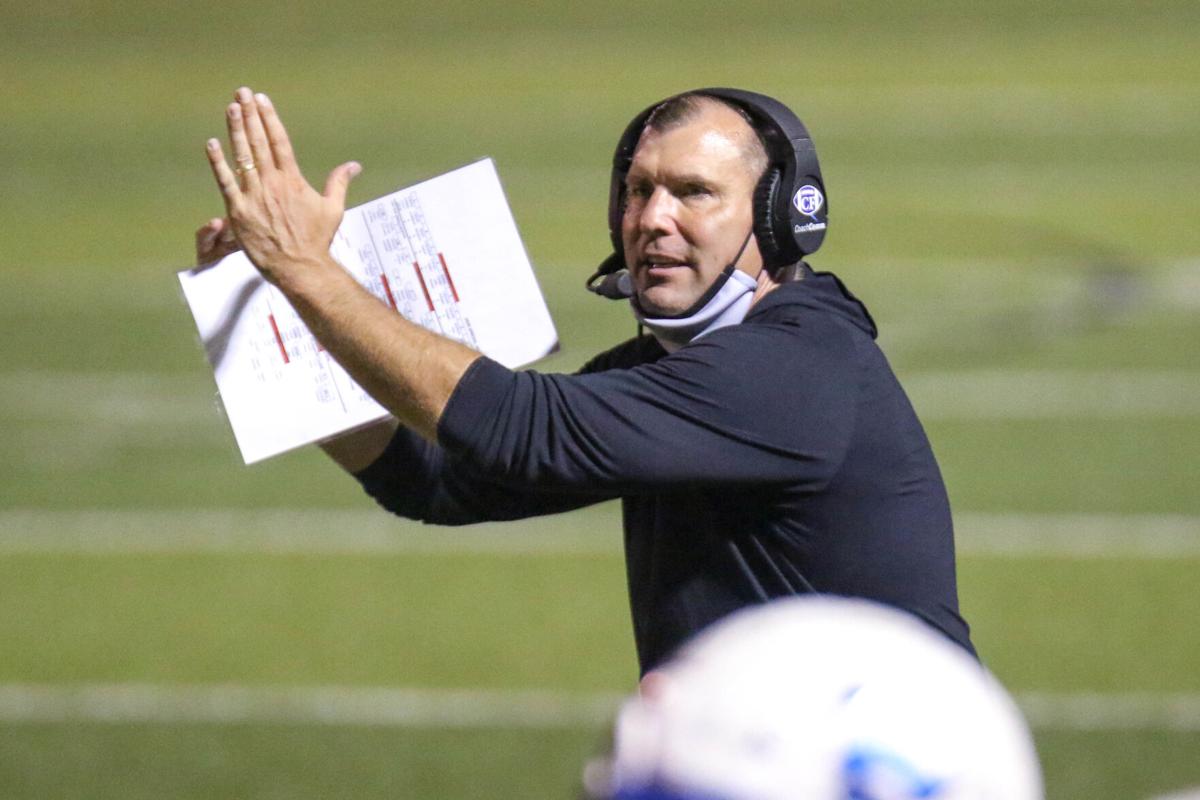 Auburn High coach Adam Winegarden calls for a timeout during the game against Park Crossing on Aug. 21, 2020 in Auburn.

After six seasons at Auburn High, head football coach Adam Winegarden is moving on to a new opportunity.

Winegarden was approved as the new head coach at Tuscaloosa County by the Tuscaloosa County School Board on Monday night. The news comes after Winegarden’s Tigers won 12 games in 2020 and played for the Class 7A state championship, the team’s first title game appearance since 2013.

Winegarden replaces Jay Todd, who posted a 5-15 record in two seasons at Tuscaloosa County. Winegarden is familiar with the area after leading Hillcrest-Tuscaloosa to a 21-3 record in 2010 and 2011.

Winegarden’s last season as Tigers head coach proved to be his most successful.

Auburn posted a 12-2 record this fall, which included victories over rivals Opelika and Central-Phenix City and the Tigers’ first region championship in seven seasons. Auburn kept up the success in the postseason by winning three straight playoff games to advance to the state title game for the first time since 2013.

Winegarden’s final game at the helm at Auburn was one the program and its fans won’t soon forget, albeit for reasons that were not ideal.

The Tigers led defending state champion Thompson 28-19 with less than 30 seconds to go in the game when a blocked punt, an onside kick and two defensive pass-interference penalties allowed the Warriors to score 10 points — the last three courtesy a game-winning 35-yard field goal.

Winegarden was at a loss for words moments after the dramatic 29-28 loss in Tuscaloosa’s Bryant-Denny Stadium.

“I'm really proud of our team. Really can't put into words how bad this game hurts. I've never experienced anything like this. I know our kids haven't. Right now we're kind of in shock,” Winegarden said. “It's a tough moment for all of us, and we're trying to obviously process the ending of the game … It's difficult right now for our team and our players. You have to give Thompson credit for making plays at the end. I really thought we played really well tonight for the most part.”

Winegarden leaves Auburn with nine playoff victories and 27 region victories, both second in program history only to his predecessor, Tim Carter. Auburn is now looking to hire only its fifth different head coach since 2000.

Winegarden has a 119-37 career record as a head coach counting his previous stops at Dalton (Ga.), Hillcrest and Fairhope. In his 13 seasons as a head coach, his teams have made the postseason 12 times and never posted an overall losing record.

Winegarden takes over a Tuscaloosa County program that is eager to become a contender in AHSAA’s Class 7A. The Wildcats have never posted a winning season in their seven years as a member of the association’s top classification. The team has not made the postseason since 2014.

The Smiths Station boys fell to Fairhope 79-49 in the Class 7A regional first round thanks in part to a big night by Fairhope’s Riley Leonard, who dropped 30 points in the victory.

After clinging to a one-point lead after the first quarter, the Auburn High boys took control with a 22-point outburst before halftime on the way to a 65-56 victory.

The Notasulga boys basketball team topped Talladega County Central 63-36 on Wednesday to advance to the round of 16 in the Class 1A state playoffs.

Auburn High coach Adam Winegarden calls for a timeout during the game against Park Crossing on Aug. 21, 2020 in Auburn.