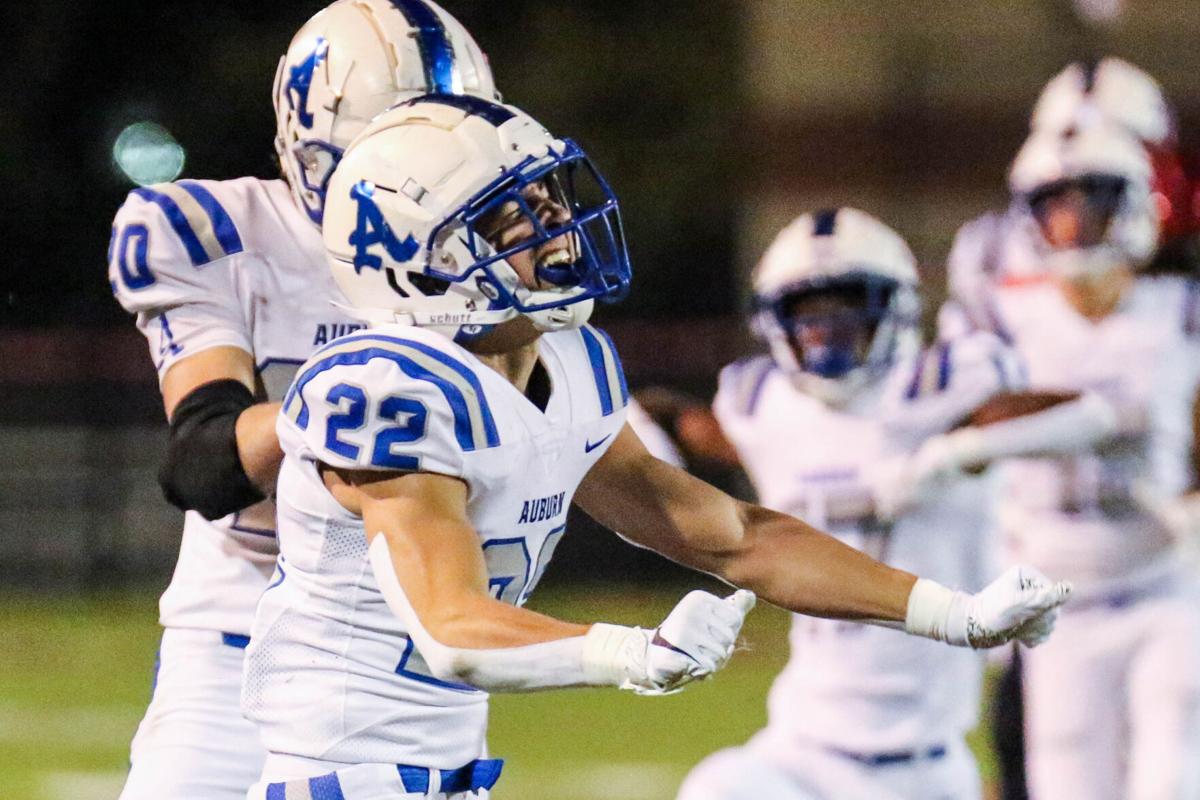 Auburn High's Joey McGinty (22) celebrates after a play during the team's win over Central-Phenix City on Oct. 2 at Garrett-Harrison Stadium in Phenix City. 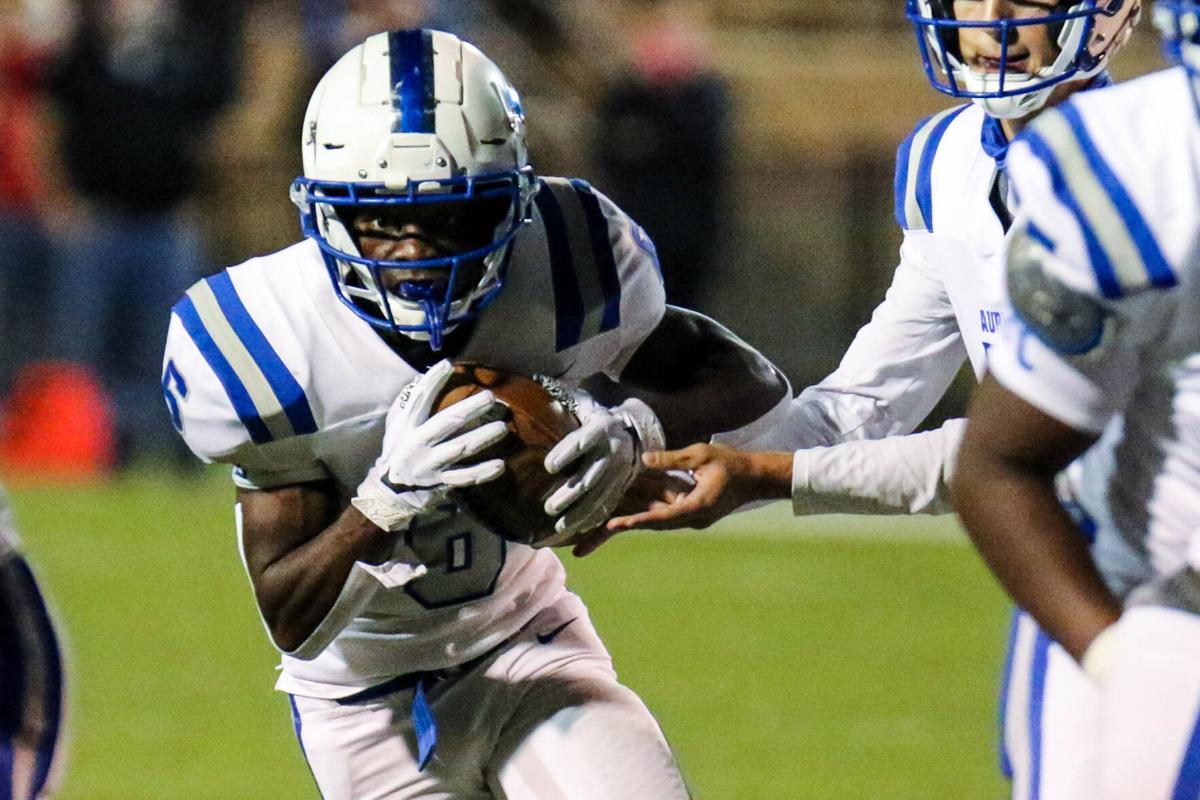 Auburn High's JT Rogers (6) takes a handoff during the team's game against Central-Phenix City on Oct. 2 at Garrett-Harrison Stadium in Phenix City.

Adam Winegarden keeps it simple: His team is playing for a region championship, so he wants them playing at a championship level.

Auburn High has its chance to clinch the Region 2-7A title tonight against Smiths Station, when the Tigers (8-0 overall, 4-0 region) host Smiths Station (3-4, 1-2) at Duck Samford Stadium.

Auburn High has one more game against Enterprise left on the region schedule after this one, but there’s not enough activity left after this week for second-place Central-Phenix City to pass Auburn High since the Tigers’ hold the head-to-head tiebreaker — so long as Auburn High wins tonight.

Auburn High unseated perennial power Central back on Oct. 2, during an epic 29-28 road win over the Red Devils. Since then, Winegarden and Auburn High worked to get a game added for an open date last Friday, but after a game was scheduled with a Georgia team, that team had to call off that game later in the week and the Tigers had to sit idle.

The Tigers will be back in action tonight to try to seal up the programs first region championship since 2013.

Smiths Station, meanwhile, is seeking an upset win that could vault the Panthers back into the playoff hunt under the direction of head coach Mike Glisson.

“Coach Glisson and his staff, they do a really nice job with their team,” Winegarden said on 97.7 FM. “They’re always very fundamental. They’re competing for a playoff spot too in these last few games.

After tonight’s game, Smiths Station is set to close region play at Dothan High on Oct. 23.

“I think taking care of the football is big,” Winegarden told the radio show, on his keys to beating the Panthers. “Everybody says the ball bounces funny, but the goal is to not the ball hit the ground to bounce. We need to take care of the football. We need to establish the line of scrimmage and then play well in the kicking game. I think those are all big factors.

“It’s going to be a physical game,” he added. “It always is. It’s always a very gritty game, and an aggressive game, physical game — so we expect nothing less.”

This week's nominees are from LaFayette and Dadeville.

LaFayette has won four straight games to punch its ticket to the playoffs.

There’s a lot that can change for multiple local high school football teams' playoff chances, and a great deal will be decided on Friday.

Opelika closed its regular season with a victory, in the Bulldogs' fine tune-up before the playoffs.

A look back at the big Saturdays by alums from Auburn High, Beauregard, Central-Phenix City, Dadeville, LaFayette and Opelika, including Central's John Broussard Jr.

Despite all the winning Glenwood has done under head coach Jason Gibson, the team has yet to capture a region championship. Tonight, the Gators have a chance to change that.

Zackery put up more than 600 all-purpose yards, scored four touchdowns and came down with an interception in the Panthers' 61-20 blowout of previously unbeaten Randolph County that clinched the Region 4-2A title.

Dadeville is back in the playoffs for the first time since 2015.

“With the game in December, the players will be moving right from their season into the game. This should be a very competitive contest.”

Auburn High's Joey McGinty (22) celebrates after a play during the team's win over Central-Phenix City on Oct. 2 at Garrett-Harrison Stadium in Phenix City.

Auburn High's JT Rogers (6) takes a handoff during the team's game against Central-Phenix City on Oct. 2 at Garrett-Harrison Stadium in Phenix City.