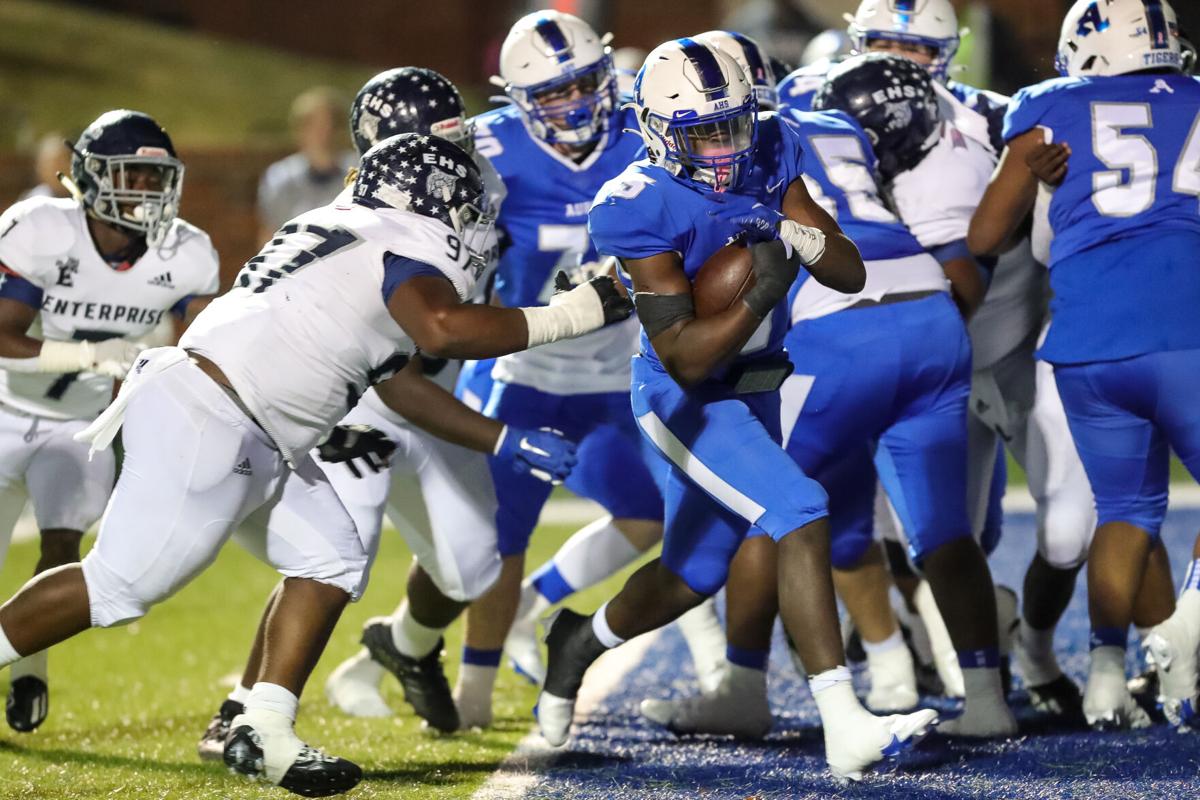 Auburn’s Davaioun Williams (5) carries the ball into the end zone for another score against Enterprise on Friday night at Duck Samford Stadium. 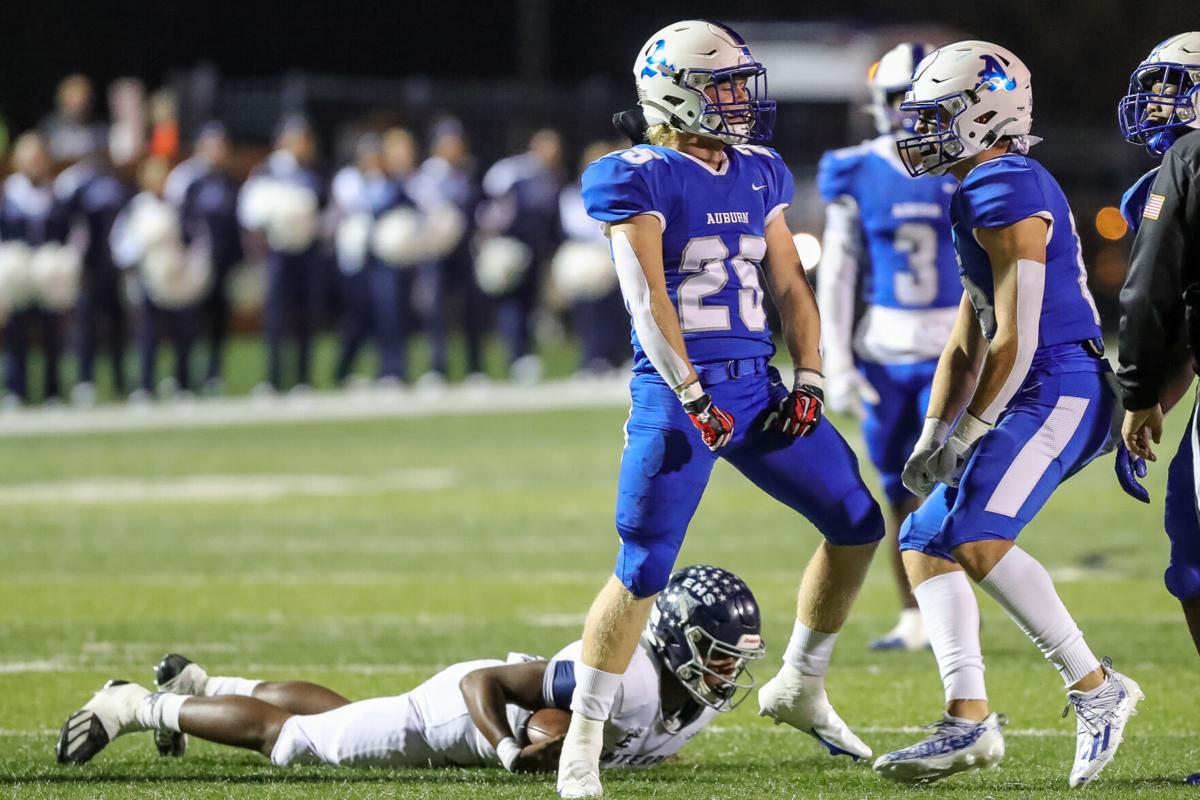 It was a party Friday at Duck Samford Stadium.

Auburn’s defense dominated, the offense scored in bunches and special teams even found the end zone in a 56-21 quarterfinal win over Enterprise.

“I think this is probably one of the best games I’ve had all year,” Williams said.

Williams kept the defense in a spin cycle all evening as he waited for the holes to open before turning on the jets for big-time yardage and scores.

Fellow running back Killian Massey was a one-man wrecking crew as he bulldozed his way through the defense for 90 yards and two scores on just five carries.

The 1-2 punch of Massey and Williams combined for 20 points in the first half as Auburn High led 36-14 at the break.

“We’ve both got two unique running styles,” Williams said. “He hits the hole real hard and I’m a very patient runner, so it’s hard for the defense to adjust to both of us. So, I think it’s a good 1-2 punch.”

The offense didn’t have all the fun in Friday’s win as special teams got in on the action in the first half.

Auburn High blocked an Enterprise punt that wildly bounced around the field before Brad Harper scooped it up with nothing but green grass in front of him. Harper’s 54-yard punt return touchdown made it 21-7.

While Williams and Massey were unleased on the ground, Auburn High quarterback Clyde Pittman did damage through the air. Pittman tossed for 100 yards, two scores and was 4-for-6 on the night.

On both his touchdowns, Pittman rocketed deep shots to Cam Etheredge and Bakari Dailey. After his first touchdown pass to Dailey, Pittman set the school’s single season record for touchdown passes.

Auburn High will face off against another familiar region foe next Friday when the Tigers take on Central-Phenix City in the semifinals. The Tigers and Red Devils squared off against each other earlier this season at Duck Samford with Central winning 21-7.

“I had a pretty bad game last time we played Central, so it’s definitely going to be a revenge tour for me,” Pittman said.

Auburn’s Davaioun Williams (5) carries the ball into the end zone for another score against Enterprise on Friday night at Duck Samford Stadium.