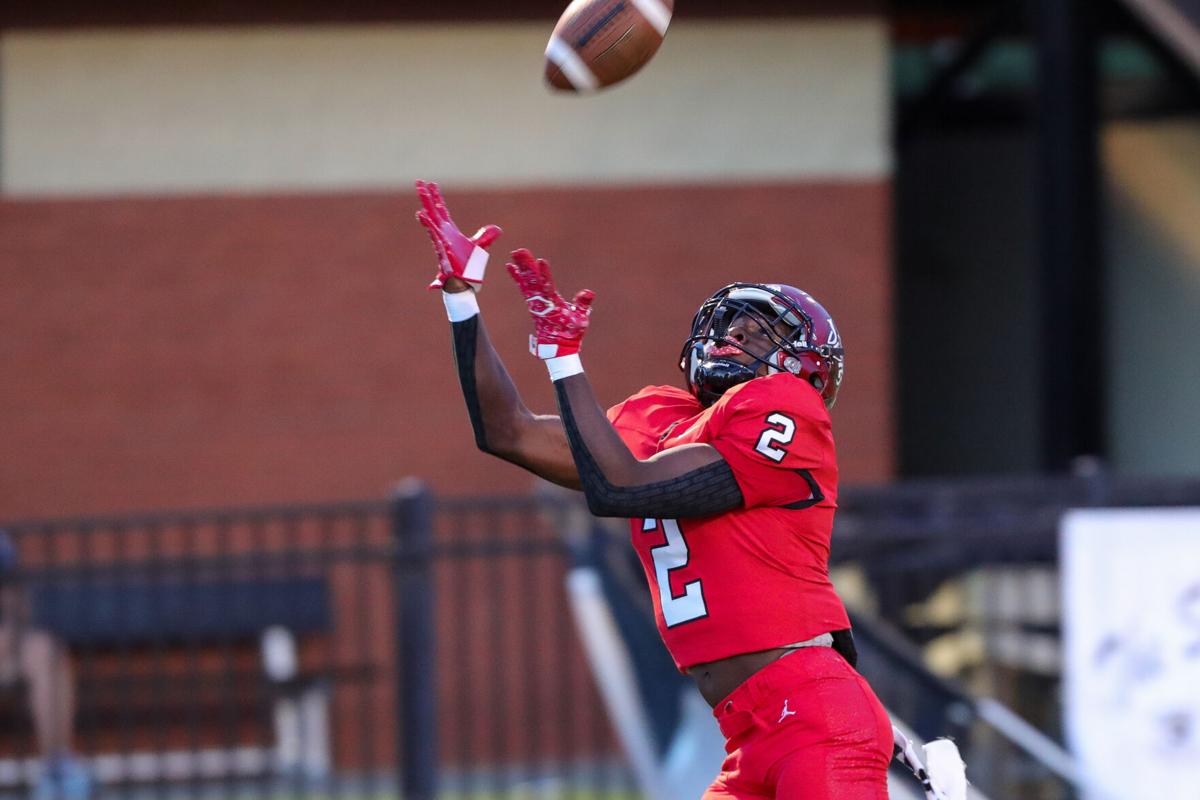 Central’s Karmello English (2) pulls in a pass for a touchdown against Smiths Station on Friday in Phenix City. 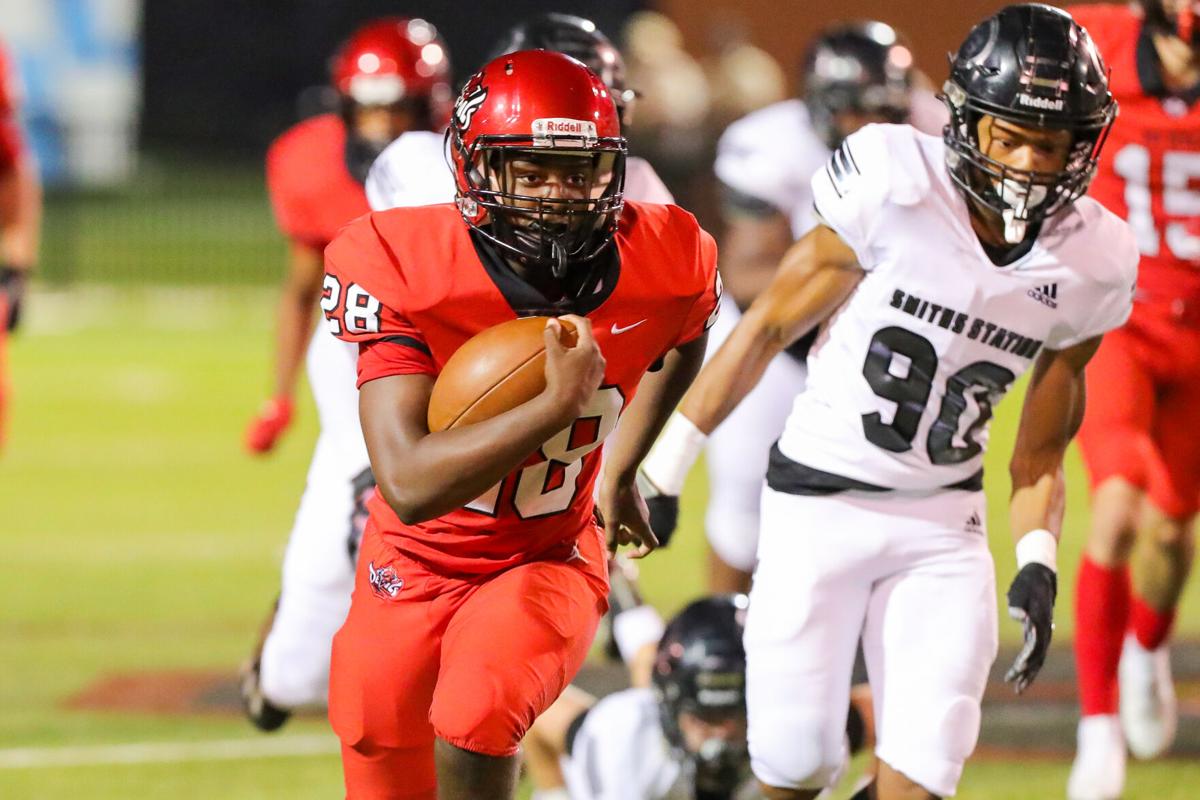 PHENIX CITY – Central quarterback Caleb Nix and wide receiver Karmello English linked up for three touchdowns and the Red Devils shut out Smiths Station 56-0 on Friday in the Backyard Brawl.

Running back Jordan Moultrie got the scoring started for the Red Devils with a 52-yard rushing touchdown with 11:25 left in the first quarter. He raced for another 92-yard score later in the first half, as Central’s offense exploded out of the gates.

After Moultrie’s rushing TD, Central took to the air for its next score as Caleb Nix tossed a 27-yard touchdown pass to wide receiver English with 8:28 left in the first.

With 10:47 left in the second quarter, Moultrie raced away for his 92-yard touchdown to give Central a 21-0 lead.

Not to be outdone, the Central defense picked off Smiths Station with 7:33 left in the second quarter. The interception was the first of two that the Red Devils forced in the complete win.

“I’m proud of the way they continue to play, Patrick Nix said of his defense. “Obviously, you don’t shut any team out without playing pretty well and our guys right now are playing really well on defense.”

Caleb Nix tossed his second touchdown of the game with 5:31 left in the second quarter. His 15-yard touchdown pass was to wide receiver Marquevious Terry which put Central up 28-0.

With 36 seconds remaining in the half, Caleb Nix hit English with an 8-yard touchdown pass.

Caleb Nix’s fourth and final touchdown pass came with 6:16 left in the third quarter. Caleb and English linked up one final time for a 55-yard touchdown pass to give Central a 42-0 lead.

The Red Devils added two more scores late in the fourth as running back Romello Green rushed in from four yards out with 7:17 left in the game.

The final touchdown came off another 4-yard rushing touchdown, but this time it was from running back Corvee James. With 3:48 left in the game, James’ touchdown made it 56-0.

“It’s the same every week: We’ve just got to continue to work and get better and find ways to improve every single day,” Patrick Nix said.

Central’s Karmello English (2) pulls in a pass for a touchdown against Smiths Station on Friday in Phenix City.