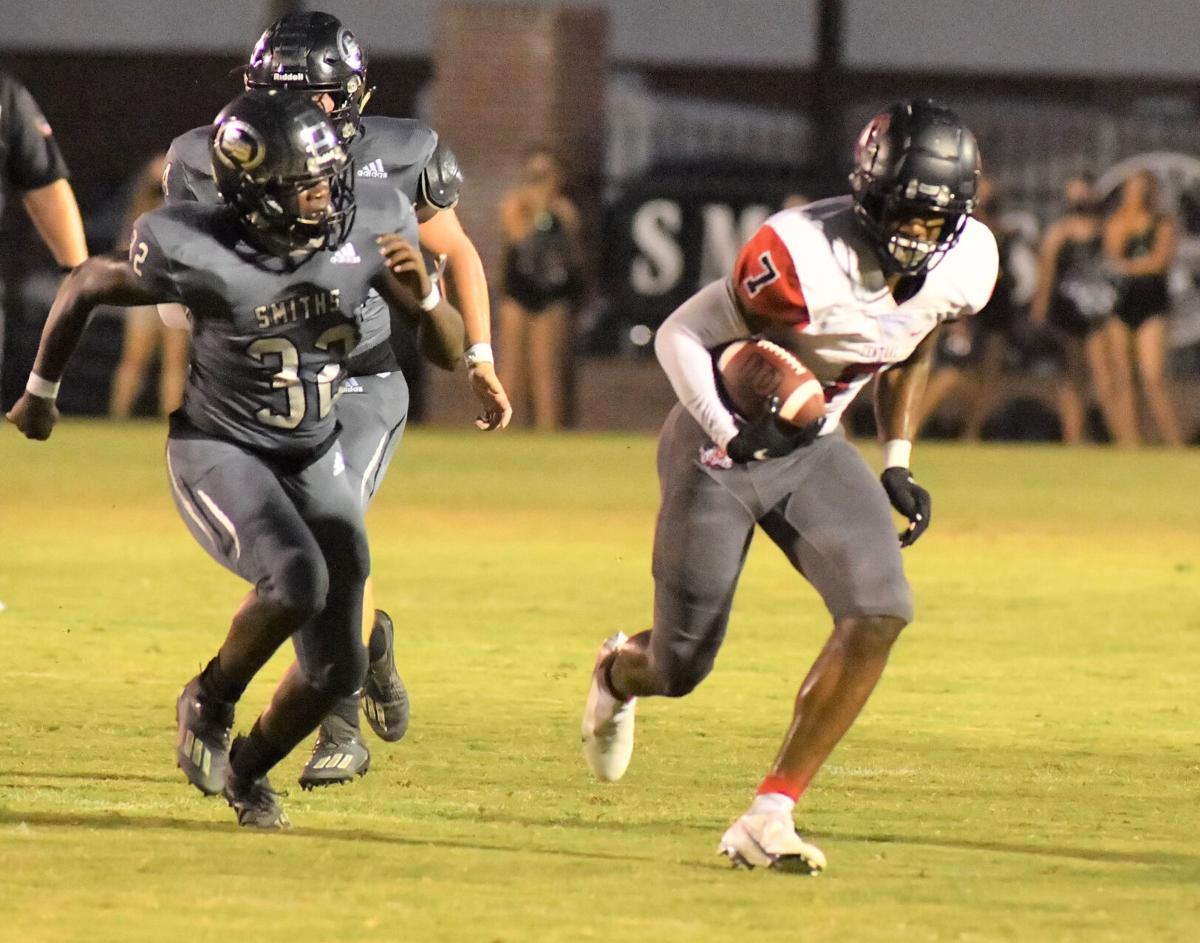 Central-Phenix City wide receiver Jackson Meeks runs with the ball during the Red Devils' win over Smiths Station on Sept. 4. 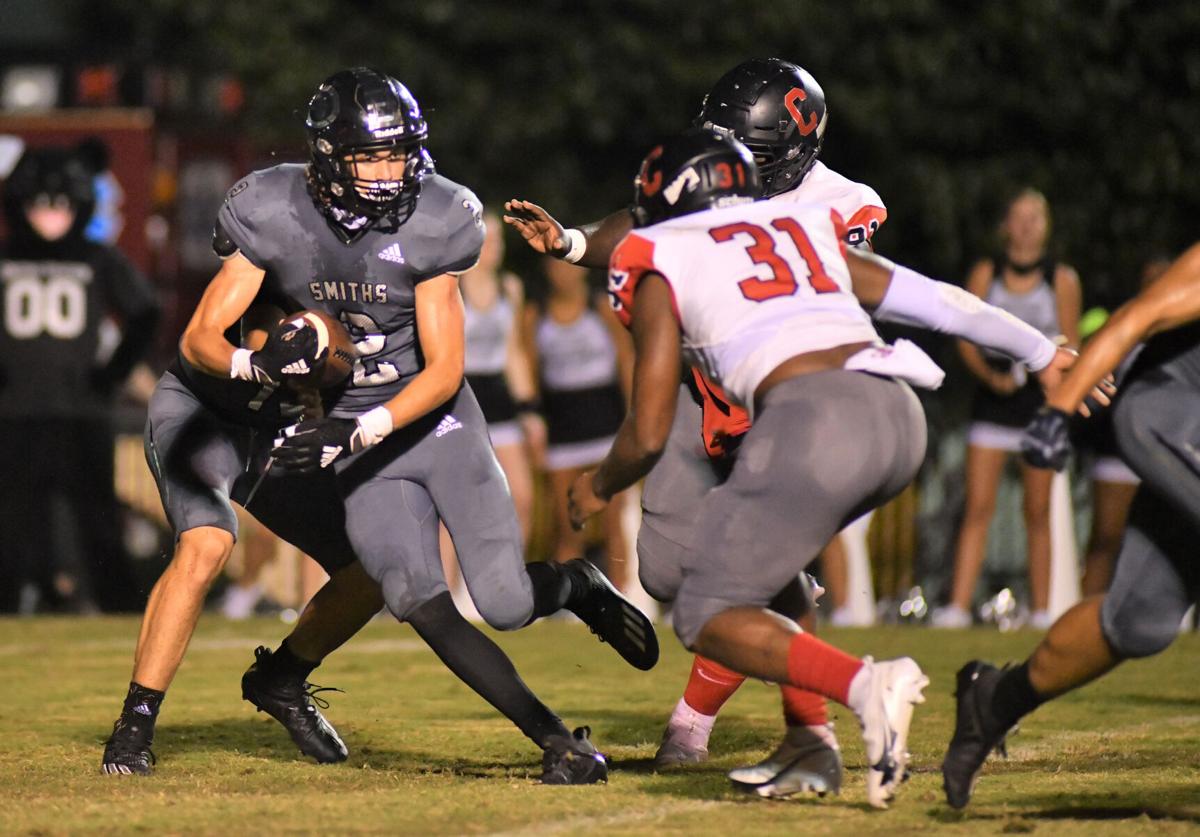 SMITHS STATION — After falling short in two high-scoring games to start the season, the Central-Phenix City defense looked like it was determined to turn things around from the opening whistle in nearby Smiths Station on Friday night.

On the 10 possessions the Red Devils faced from the Panthers, they forced four turnovers, scored a defensive touchdown, nearly scored another, generated four three-and-outs, posted a turnover on downs inside their own red zone and allowed just one late scoring drive.

Central-Phenix City shut down rival Smiths Station, 35-7, for a 12th straight win in the series. It marked the first victory as a Red Devil for head coach Patrick Nix, and it also gave Central-Phenix City a region-opening victory after two tough losses to open the 2020 season.

In a game in which quarterbacks Trey Miles and Caleb Nix combined for just 156 passing yards — with star receiver Jackson Meeks recording 113 of them — most of Central-Phenix City’s fireworks came on the defensive side of the ball. The Red Devils did not allow a single completion until the third quarter, and Smiths Station rushed for fewer than 40 yards in the first half.

But the host Panthers fought back in the second half, holding the Red Devils to just a single touchdown and scoring one of their own. Quarterback Corey Minton rushed for more than 100 yards and reeled off several explosive runs in the second half, including a 15-yard touchdown with a little more than five minutes left in the game.

Central forced four turnovers in the victory, with two of them directly leading to scores in the second quarter. With his team leading 14-0 off of two early rushing touchdowns, DQ Brown snatched an interception and returned it all the way to Smith Station’s 5-yard line. Miles scored the first of his two rushing touchdowns on the night a few plays later.

Smiths Station came close to an instant response by driving all the way down to the Central red zone but was turned away. While the Panthers pulled off an impressive stop of its own by stopping the Red Devils just outside the goal line on fourth down, they were backed deep inside their own territory.

A Smiths Station fumble bounced its way into the end zone, where it was landed on by defensive lineman Jamorey Jones. Smiths Station’s shot at a creative double pass just before halftime was intercepted, then Smiths Station opened the second half with a fumble inside Central territory.

It was a team effort from Central on the ground — especially in a run-heavy second half — with seven different Red Devils recording double-digit rushing yards. Zion Morris, who scored Central’s second touchdown of the game early in the second quarter and set up another with a huge 45-yard run in the third quarter, led the way with 80 yards on just seven carries.

The win moves Central to 1-2 on the season but an important 1-0 in region play. The Red Devils will wrap up three straight games away from home with a trip to face Jeff Davis in Montgomery next week. Smiths Station, now officially 1-2, will look for its first region win with a home contest against Prattville.

"(This win) took hard work. We had to stay focused. We had a lot of people out, and had some good sophomores and freshmen step up.”

Central-Phenix City wide receiver Jackson Meeks runs with the ball during the Red Devils' win over Smiths Station on Sept. 4.