Seahawks vs. WFT: Updates and scores from MNF 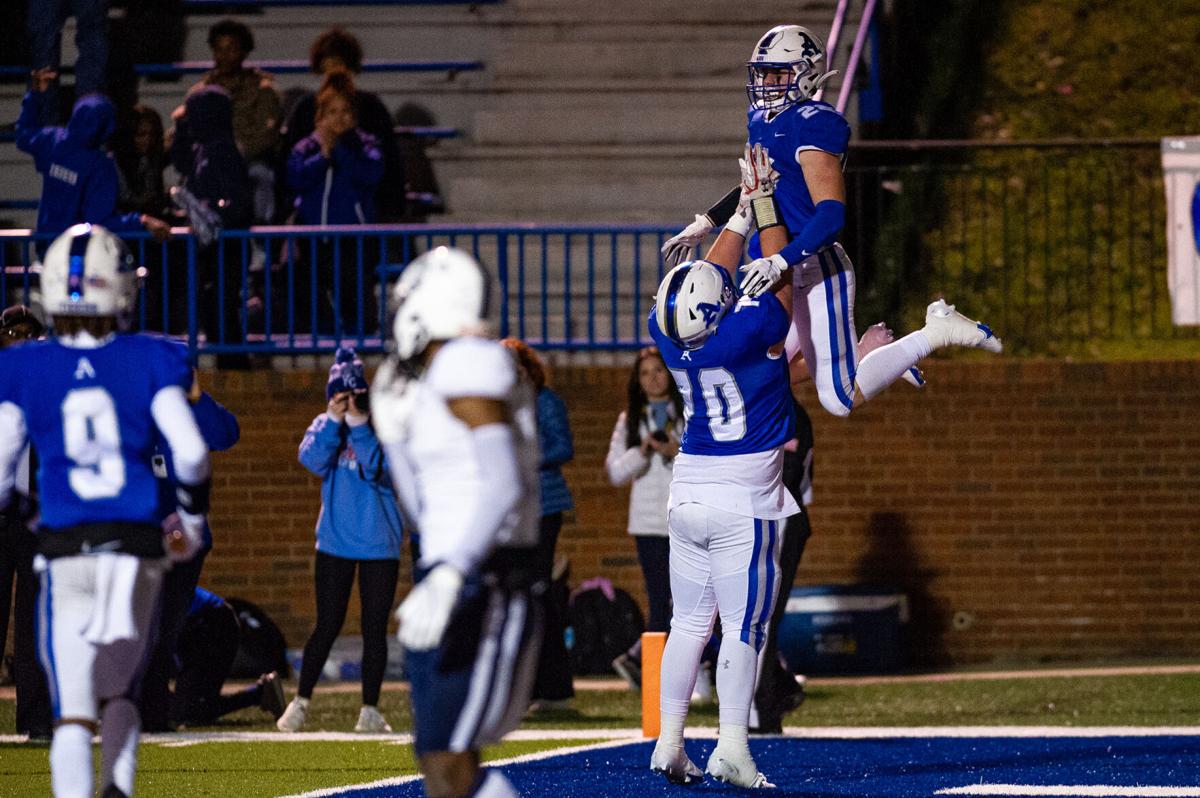 Auburn High's Camden Etheredge (28) celebrates with lineman Avery Ferris (70) after a touchdown catch against Baker on Friday at Duck Samford Stadium in Auburn. 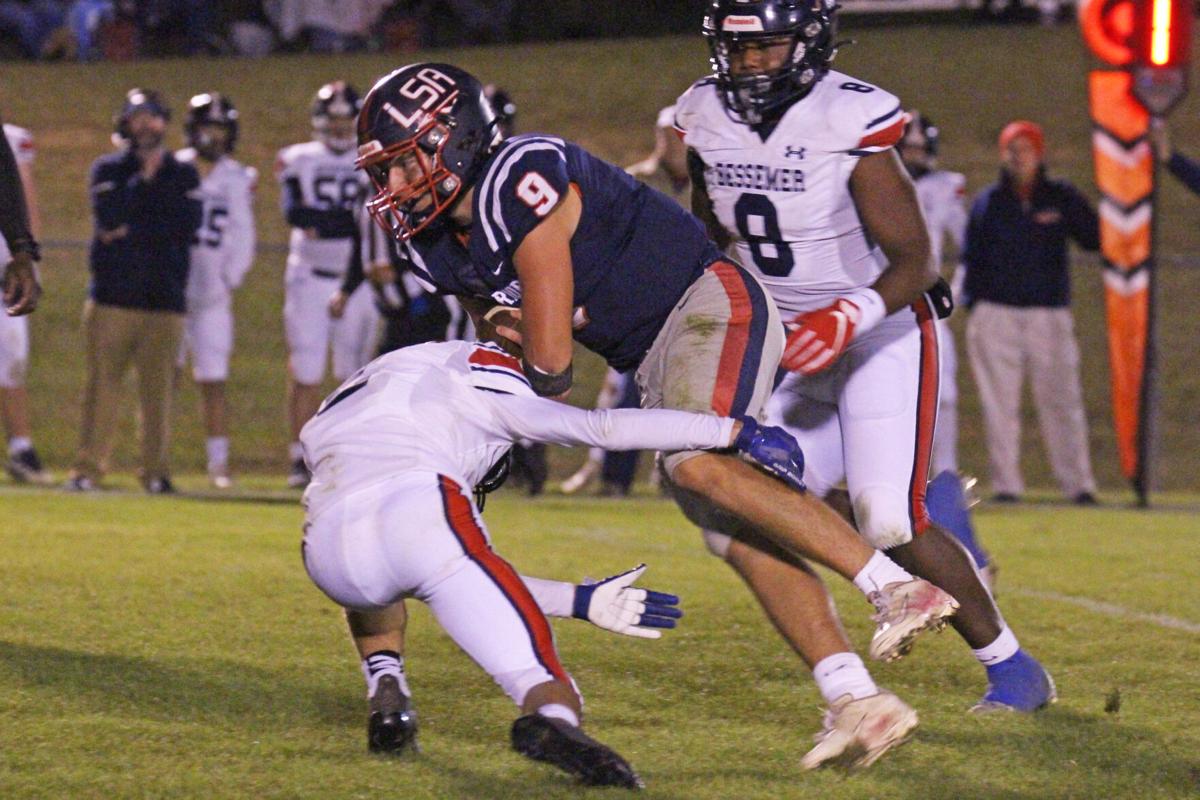 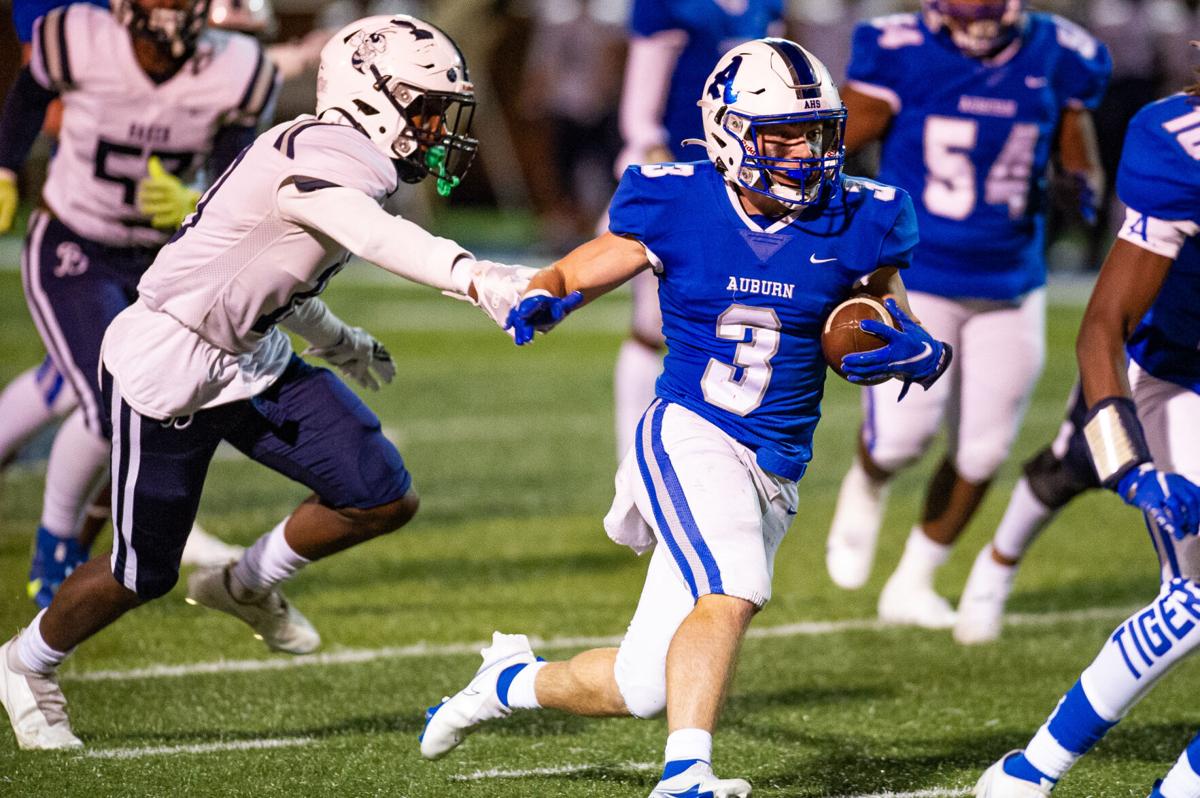 Auburn's Killian Massey (3) runs against Baker on Friday in Auburn.

Camden Etheredge caught three touchdown passes from Clyde Pittman, and Auburn High powered its way to the quarterfinals with a 39-3 playoff win over Baker on Friday night.

Auburn High led 21-3 at the half. Killian Massey raced past the Baker defense for a 20-yard touchdown which helped put Auburn High up 7-0 early, then after Baker kicked a field goal, Pittman connected with Etheredge on scoring strikes of 13 yards and 17 yards to give the Tigers a commanding lead.

In the third, Pittman found Etheredge again for a 15-yard touchdown that helped make it 32-3.

Auburn High advances to face Enterprise winner in the Class 7A playoffs’ round of eight. Enterprise defeated Fairhope 35-10 on Friday night.

Opelika’s offense put up fireworks and the Bulldogs defeated Northridge 45-20 on Friday night in the first round of the Class 6A playoffs.

Opelika led 35-6 at the half, with all five of its first-half touchdowns coming on plays longer than 40 yards.

Quarterback Roman Gagliano connected with Shawn Jones for a 55-yard touchdown to put the Bulldogs up 7-0 early.

Later in the first half, Gagliano hit Jayvontay Conner in stride for a 41-yard scoring connection to make it 35-0.

Opelika advances to face the winner of Calera and Spanish Fort in the second round.

Tate McKelvey ran in the game-icing touchdown in the fourth quarter, and Lee-Scott pushed its way to the state’s final four with a 21-15 win over Bessemer Academy on Friday night in the AISA-AAA playoffs.

Lee-Scott led 14-9 when McKelvey scored a 3-yard touchdown with 8:22 left to extend the Warriors’ lead.

Bessemer Academy scored in the fourth to make it a one-score game again, but Lee-Scott’s Jacob Larkin recovered the ensuing onside kick with 2:06 left in the game to send the fans at Judd Scott Field into celebration.

The Warriors are one win away from the AISA-AAA championship game.

Lee-Scott advances to face the winner of Friday’s game between Tuscaloosa Academy and Valiant Cross in the state semifinals.

Central rolled up scores on the ground and topped Daphne 38-0 on Friday night in the first round of the Class 7A playoffs.

Jaimel Johnson paced the Red Devils with 105 rushing yards and a score on 10 carries.

Quarterback Caleb Nix finished with only 98 passing yards, but ran for another 88 yards and one of those rushing touchdowns.

Romello Green and Karmello English scored the other rushing touchdowns.

Central moves on to face the winner of Theodore and Prattville in the second round.

In a low-scoring game, No. 1 Lanett’s defense held onto its shutout while the offense scored two fourth-quarter touchdowns to put away Geneva County 18-0 on Friday night in the first round of the Class 2A playoffs.

Lanett’s Isiah Green scored to put Lanett up 6-0 late in the first half, according to the Valley Times-News, but the Panthers would take that one-score lead all the way to the fourth. In the fourth, though, Bryant Story caught a 34-yard touchdown pass and Teiko Williams ran in a nine-yard score to put the game away.

Lanett advances to face the winner of Friday’s game between Luverne and Greene County.

Auburn High's Camden Etheredge (28) celebrates with lineman Avery Ferris (70) after a touchdown catch against Baker on Friday at Duck Samford Stadium in Auburn.

Auburn's Killian Massey (3) runs against Baker on Friday in Auburn.