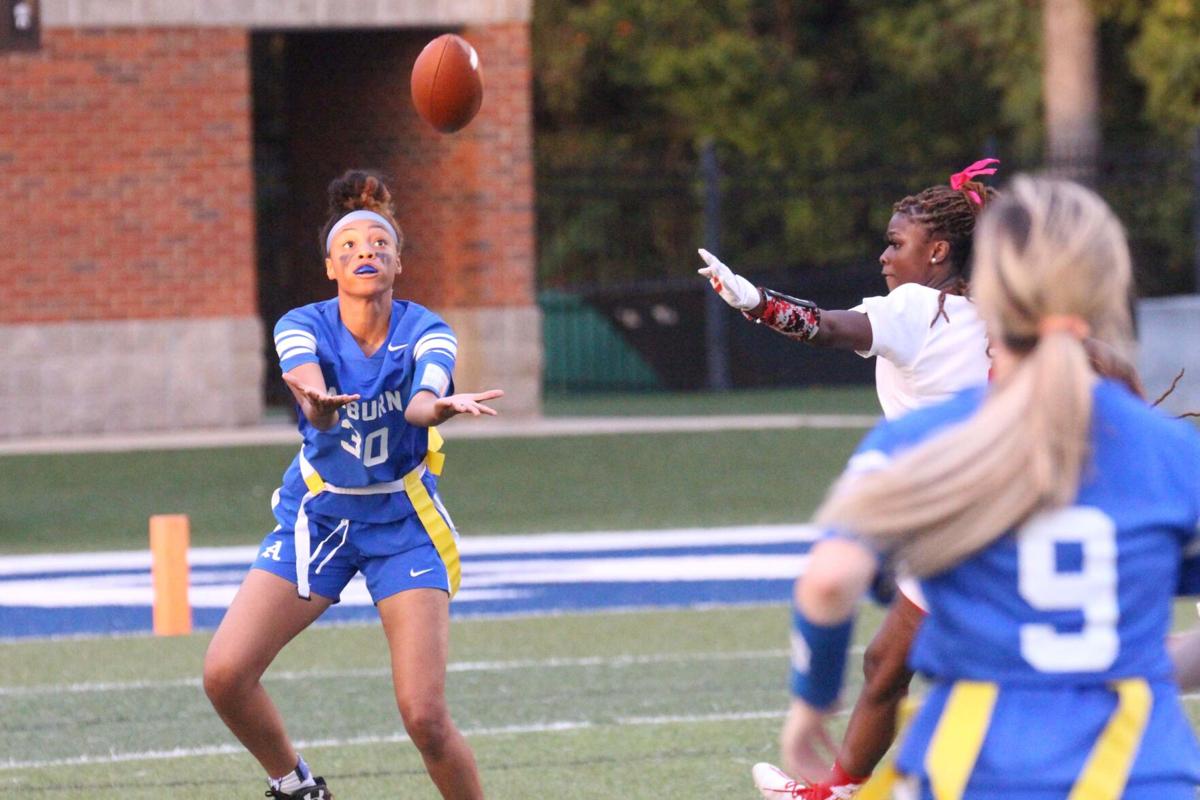 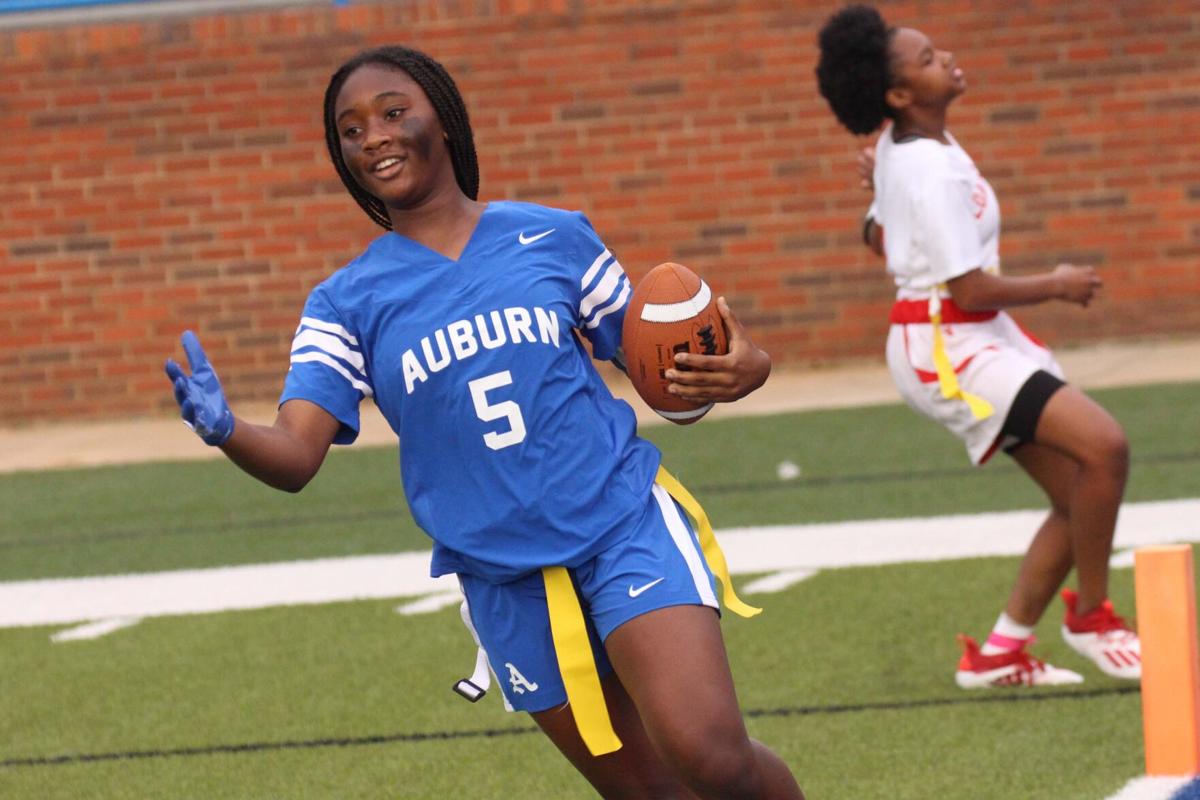 The Tigers posted a pair of shut outs in their first two games as they defeated Loachapoka 40-0 in the first game before defeating Booker T. Washington 48-0 in the second game of the day’s doubleheader.

“It was incredible,” said Auburn High head coach Alison Link. “The fan support tonight was awesome. They were really excited to have everybody come out.

“And, I mean, it just shows what kind of community this is, and they really rallied around them, and like I said, we packed the stands, so it was great.”

Auburn High’s Khalia Core led the way with three touchdowns in the opener against Loachapoka. She broke through the defense to score the first touchdown with a 45-yard run before scoring the next two as she sped her way to the end zone.

“She’s a special kid,” Link said. “She’s elusive. Both our running backs, Campbell [Spartilin], same boat. They’re shifty and make it really hard to pull the flag. I was not surprised she was able to do that.”

In the second half, quarterback Lilli Wellbaum was unleashed as she tossed for two scores, including a 35-yard bomb to a wide-open Jay Milner running down the sideline.

And Auburn High picked up the win in the program’s first ever girls’ flag football game. The sport is sponsored for the first time this fall by the AHSAA.

In the second game, a pair of pick-sixes and four touchdown passes propelled Auburn High to its second victory with a 48-0 shut out of Booker T. Washington.

Wellbaum tossed for two scores as she began the game with a 10-yard touchdown strike and later unleashed another deep touchdown pass to Milner. Along with Wellbaum’s two touchdown passes, Jordan Wilson got in on the action as she delivered touchdown passes from 11 yards and 7 yards out.

Not to be outdone, Auburn High’s defense turned defense into offense in both the first and second half.

A 15-yard pick-six by Lanyaha Bowens in the first half was followed up with a 50-yard pick-six by Milan Garner in the second half. Both Bowens and Garner snatched the ball out of the air and outran the offense for scores.

And after picking up the first two wins in program history, the Tigers raced over to the fans after shaking hands postgame and posed for a victorious team photo on the field.

“Really excited,” Link said of the team’s future. “Like I said, we got to see some things. We’ll continue to improve, there’s definitely some things that we need to look at but I’m excited to have one under the belt and looking forward to many more.”

Roman Gagliano, Tyler Ellis and Clyde Pittman are this week's O-A News Player of the Week nominees. Cast your vote

This week's East Alabama Orthopaedics & Sports Medicine Player of the Week nominees are from Opelika, Tallassee and Auburn High.

Auburn High clinched home-field advantage for the first round of the playoffs while Dadeville punched its ticket to the postseason on Friday night.

With the first-ever rivalry game hanging in the balance in overtime, Haley Sanders raced to history.

Auburn High scored touchdowns on all six of its full drives and got two huge early stops to defeat Enterprise by a score of 42-28 on Friday night.

“We don’t get but four years of this and this is my last year, so it just really hit me the last couple of games. You love it and you realize how much you’re going to miss it. Don’t take it for granted.”

Area teams went 12-4 this week, with the only split between Dadeville and Beulah. Check out how the Prep Power Poll looks now with only one week of the regular season to go.

High school football teams across the area are looking to lock up their playoff spots on Friday night.

Watch now: Chambers Academy's Jordan Benbrook looks to 'go out with a bang' in senior year

This week's East Alabama Orthopaedics & Sports Medicine Player of the Week is Chambers Academy's Jordan Benbrook, who ran all over Macon East in a big region win last week.

Pike Liberal Arts clinched the region championship with a 49-13 win over Glenwood on Friday night.