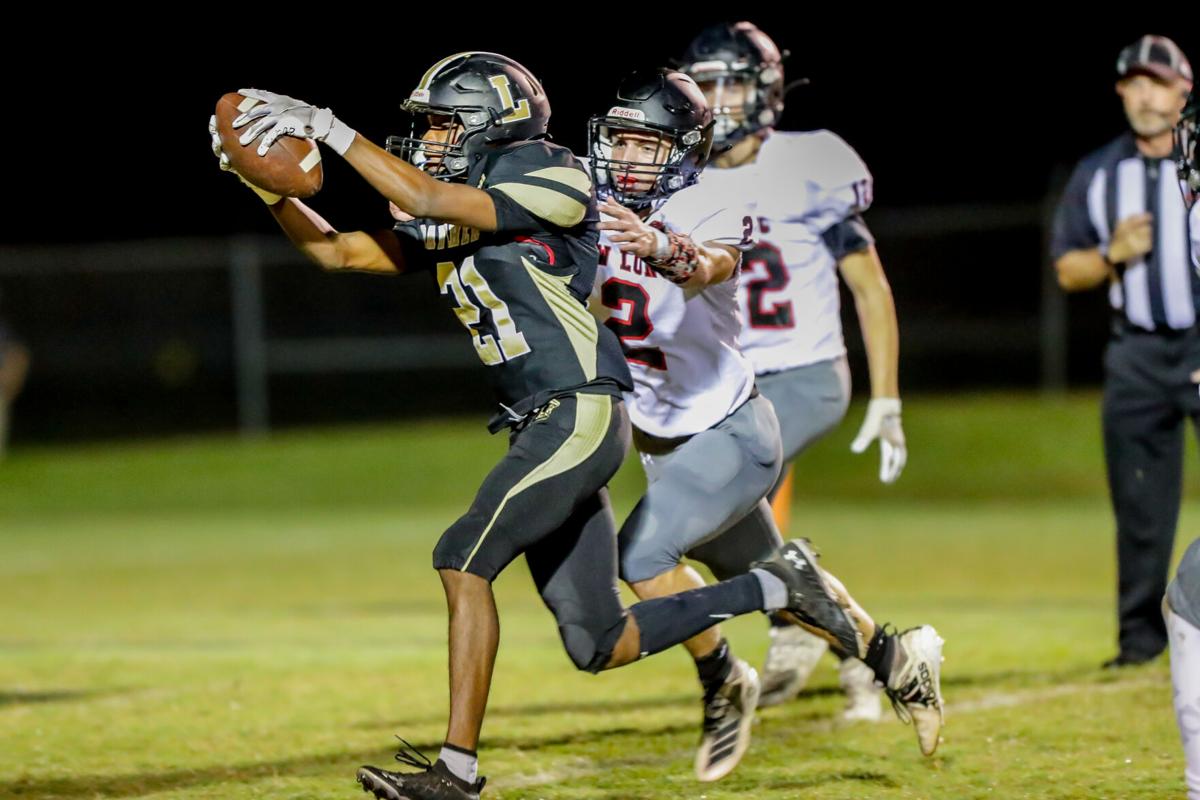 Lanett's Makel Patrick (21) reaches out for the goal line against G.W. Long on Nov. 13 in Lanett. 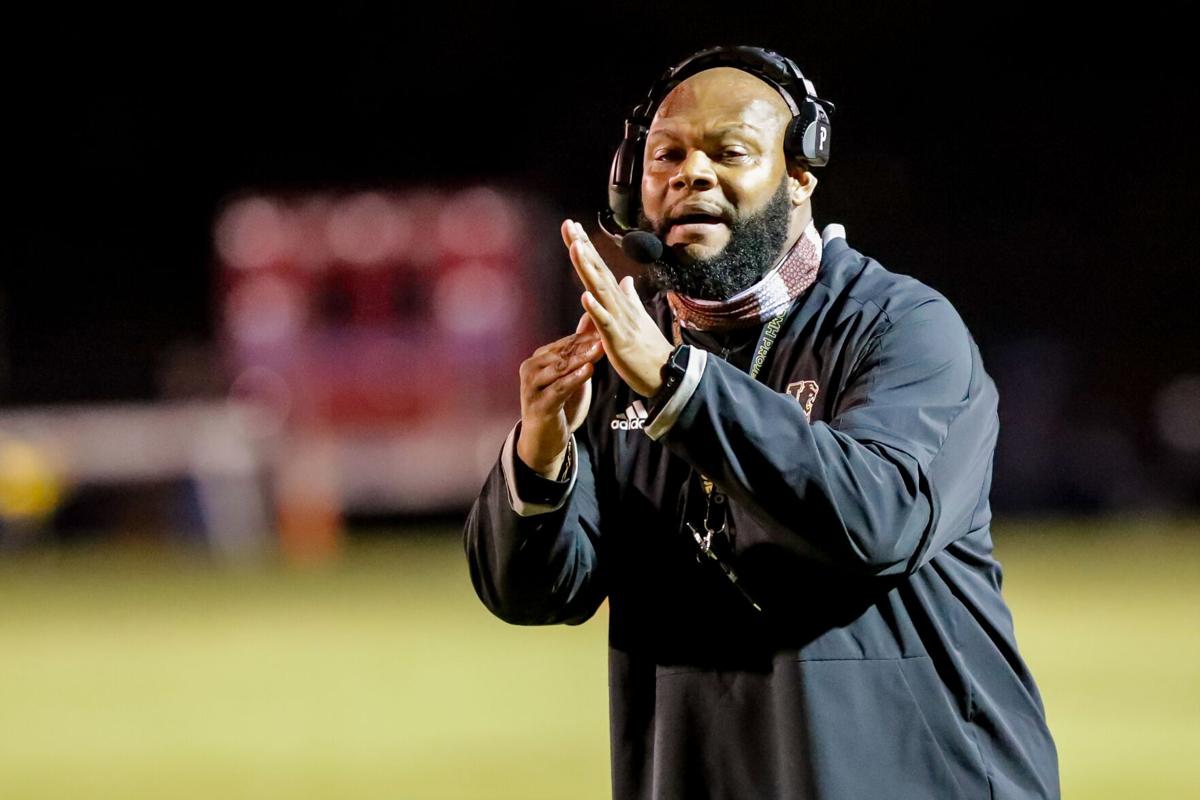 There’s a switch that gets flipped this time of year.

Leaves are falling. Cooler air is finally starting to settle over the South.

And for the high school football teams still alive in the playoffs, there’s an electricity surging through players — a bit like those stadium lights getting jolted to life for game-time.

“When playoffs comes, the vibe just changes, to be honest with you — because during regular season, there is tomorrow,” Lanett head coach Clifford Story explained.

“During playoffs, there is no tomorrow.”

When it’s showtime, it’s showtime, and there’s nothing else like it — and that’ll be true tonight when Lanett travels to Leroy for a quarterfinal epic in Class 2A.

It’s everything the Panthers play for. Leroy is a regular contender, ranked No. 3 in Class 2A by the ASWA just behind No. 2 Lanett. Only No. 1 Mars Hill Bible, sure to be tuned in intently from across the state, has a higher ranking. But only one of Lanett and Leroy will survive and advance to the state semifinals.

“They understand that we can easily be dribbling basketballs and taking up equipment if we don’t do what we’re supposed to do.”

Lanett and Leroy are two 10-win teams who seemingly could just as easily be meeting in the championship game in Tuscaloosa rather in the quarterfinals over in Leroy. Lanett is 10-2 and the Region 4-2A champion after rolling through the league undefeated. Leroy is 10-1, and the Region 1-2A champion after going unbeaten in its region the same way. The only losses between the two teams all came to teams from larger classifications.

Leroy made it to the Class 2A semifinals last season falling just short of the championship game by one point to Reeltown 29-28.

Leroy met Lanett in the state championship game in 2017.

Leroy has every bit of a top-tier playoff pedigree.

But Lanett, of course, holds itself in that same class.

“We really did a good job of focusing in, locking in, on the things that we’ve seen that they do,” Story said of his team’s preparation for Leroy. “The energy is up. We’re excited to go play in a hostile environment and it’s going to be a good game.

“Like I tell people all the time, we put ourselves up with some of the top programs in the state. And we’re not going to take down what we’ve been able to accomplish because some team may have one or two more championships than we may have. But we feel like we can play with the top and that’s the mindset that we have going into it.”

The Lanett-Leroy winner will advance to face the Abbeville-Isabella winner in the state semifinals — just one win away from the Super 7.

“This is exactly why we do it,” Story said. “I tell the kids all the time, we have a slogan: ‘You want to be around when the grass is brown.’ You want to be able to turn the stadium lights on once the time changes. That means you’re still in the playoffs and you still have made it beyond the first round.

“We’re happy. We’re eager. We’re embracing the challenge. We’re excited for the challenge and we’ll have our guys prepared to play and we know it’s going to be one heck of a game.”

Opelika hits the road for Saraland in state quarterfinals

The Opelika Bulldogs took care of business at home for the first two rounds of the Class 6A playoffs. Tonight, they hit the road to try and keep their championship hopes alive.

Lanett's Makel Patrick (21) reaches out for the goal line against G.W. Long on Nov. 13 in Lanett.