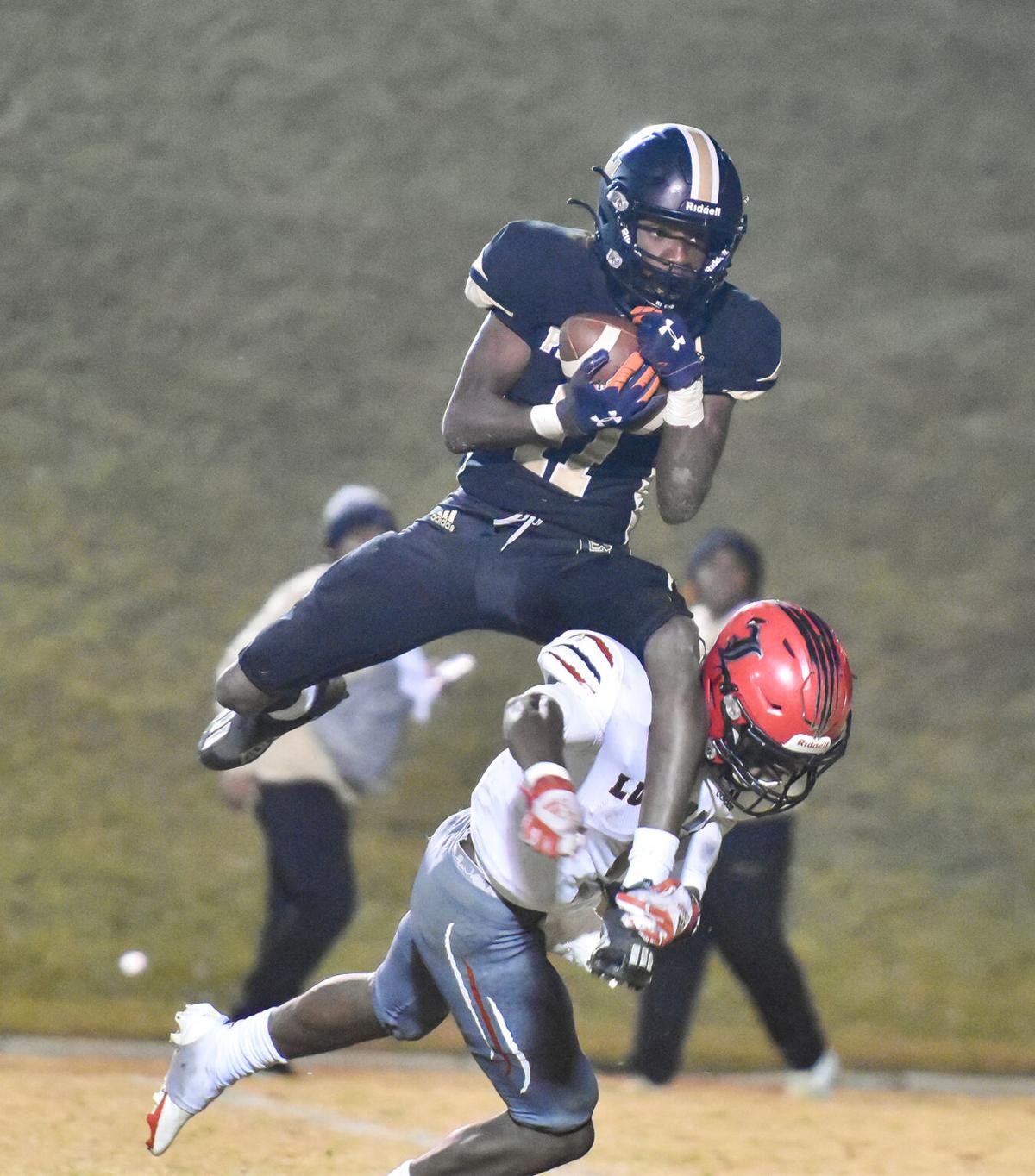 Lanett’s Bryant Story Jr. (11) hauls in a pass against Luverne on Friday at Morgan-Washburn Stadium. 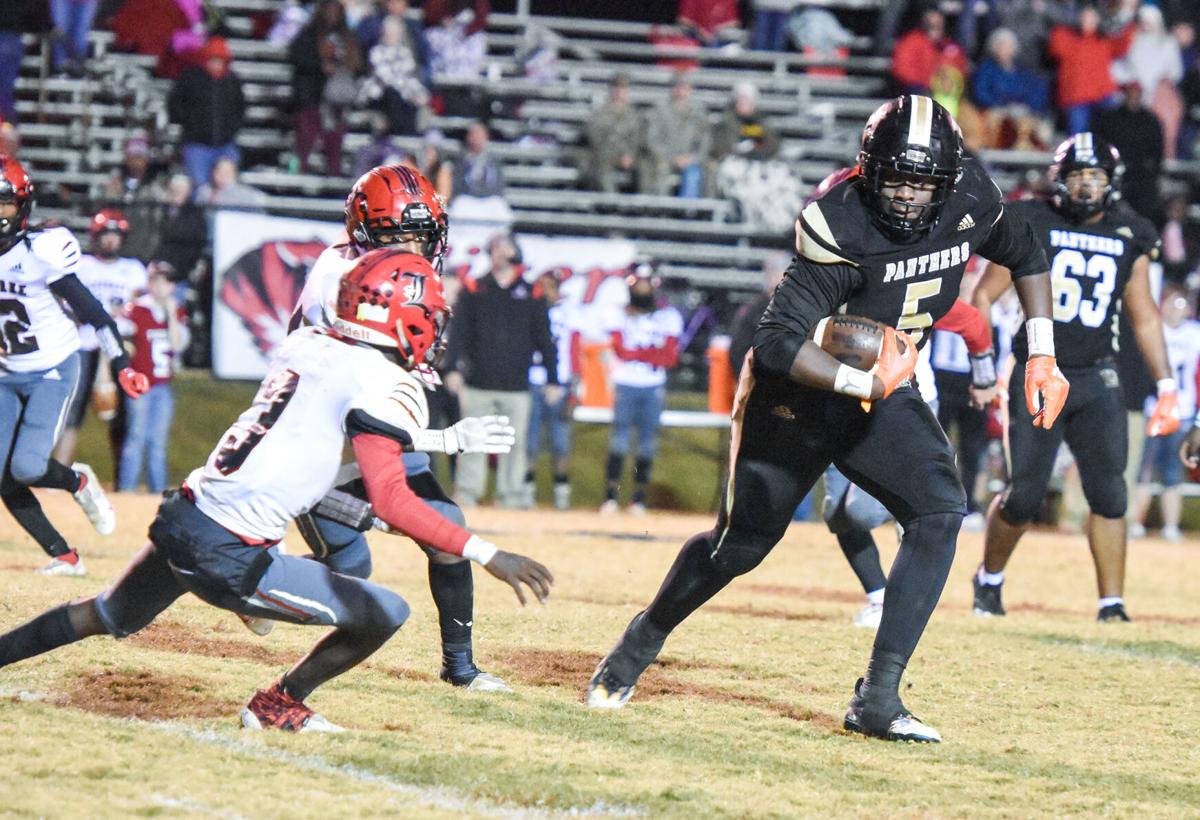 Lanett’s Caden Story (5) runs with the football after a catch on Friday in Morgan-Washburn Stadium.

LIZI ARBOGAST For the O-A News

Tempo is so important in a football game. It’s not just about possession time, clock management or even getting lulled into a false sense of security. Each team plays best at a certain pace, and sometimes one swing of the tempo can make all the difference.

Lanett proved exactly that in a 33-0 shutout of Luverne on Friday night in the second round of the Class 2A playoffs. After the Tigers tried to play a slow-paced game — and successfully too — for the first quarter, Lanett hit the gas pedal hard.

With only one possession in the entire first quarter, the Panthers’ offense went to work to open the second quarter, nailing first down after first down. Markavious Atkinson capped off the drive by finding Caden Story in the middle of the end zone for a 9-yard score. Lanett struck first with 8:04 left in the second quarter. Just seven minutes later, the Panthers had scored twice more.

“They were just trying to eat clock and keep the ball out of our hands,” Lanett coach Clifford Story said. “Our coaches did a good job early on to try to negate that, but I knew once we got on the board, I was confident that our defense had really, really good game plan.”

Although Luverne typically shines in the passing game, the Tigers had to resort to a run-first offense because Lanett’s secondary was virtually untouched all game. When Luverne did sneak in some pass attempts, they were typically met with solid resistance.

“Our defensive backs coach did really well on some defensive keys that we picked up on on film,” Story said. “They were able to fall right into our hands. What they did matched perfectly with what we do on the defensive side on the ball.”

That strong defense was also paired with speed and athleticism, leading to a pair of pick-sixes. Just 1:49 seconds after Lanett’s first touchdown, Bryant Story Jr. grabbed an interception and took it 58 yards to the house. Tieko Williams also had a 37-yard interception return for a TD for the Panthers’ final score.

“You gotta be able to do things in all phases of the game,” Clifford Story said. “If you can put some up on the defensive side, those are touchdowns that you don’t account for really, so that’s a big plus for us.”

Lanett seemed like it was going to have a third defensive touchdown, but a 100-plus yard return by Elijah Whitfield was called back due to an illegal black in the back on the return.

Atkinson finished with three total touchdowns; he had another 30-yard touchdown pass to Caden Story in the first half and added a 24-yard score to Williams.

The second half was filled with penalties and unsportsmanlike conduct calls, which led to a stilted offense for the Panthers. But they had already done enough damage to keep Luverne out of the game completely.

“A lot of uncharacteristic things began to happen, so I just really wanted to get out of here,” Clifford Story said. “We were up 27 at the time, so we just got as vanilla as possible; we weren’t trying to score anymore. I just wanted my kids to be safe, protected and to get off the field. But we got a win and we’re onto the third round; that’s the biggest thing.”

Lanett’s Bryant Story Jr. (11) hauls in a pass against Luverne on Friday at Morgan-Washburn Stadium.

Lanett’s Caden Story (5) runs with the football after a catch on Friday in Morgan-Washburn Stadium.