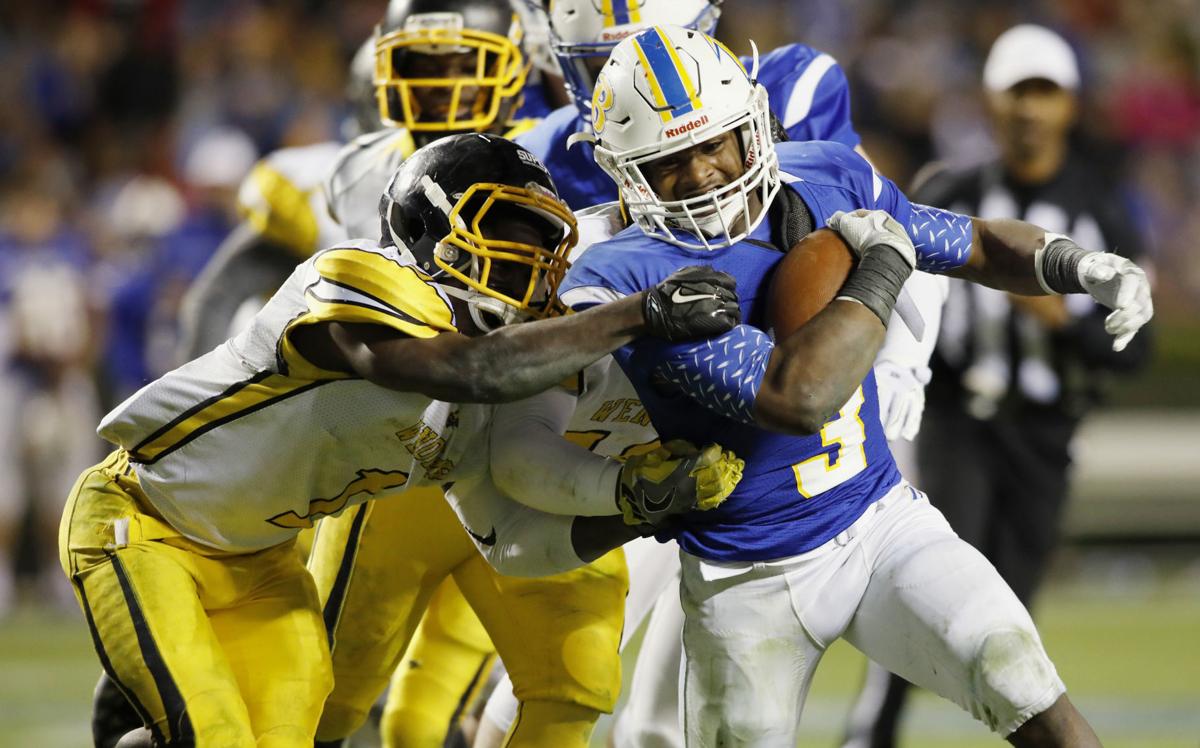 Beauregard's La'Damian Webb runs in the second half of the Hornets' game against Wenonah for the Class 5A state championship on Dec. 1, 2016, in Auburn.

Former Opelika Bulldog Will Boler makes a tackle for UAB last year during the team's game at Tennessee on Nov. 2, 2019.

As a high school athlete and later a junior college player, running back La’Damian Webb couldn’t help but stand out when he had the ball in his hands. Those performances going back to his time at Beauregard led him to Florida State, where he got his first chance to shine on Saturday.

Webb played in his first game as a Seminole against Georgia Tech on Saturday, taking 13 carries for 39 yards in the team’s 16-13 loss to the Yellow Jackets. The 5-foot-8, 190-pound Webb had the most carries for Florida State in his first game with the team after transferring from Jones County Junior College.

While at Beauregard, Webb was the first-ever junior to win the state of Alabama’s Mr. Football award with 3,242 yards and an AHSAA-record 49 rushing touchdowns in 2016. He helped the Hornets also win their first state championship in school history with Super 7 records in rush attempts (51), rushing yards (359) and touchdowns (5) in the championship game victory over Wenonah.

Webb initially signed with Mississippi State out of high school before attending Jones County instead. He played in nine games in 2019, rushing for 940 yards and 10 touchdowns in the process.

Here’s a roundup of the other former Friday night stars who stood out this week:

Brandon Crum, South Alabama - Crum had one reception for 15 yards in the Jaguars’ 27-24 loss to Tulane.

Ray Thornton, Clemson - Thornton had two tackles and one quarterback hurry in the Tigers’ 37-13 victory over Wake Forest.

E.J. Williams, Clemson - Williams had one reception for six yards in the Tigers’ 37-13 victory over Wake Forest.

"(This win) took hard work. We had to stay focused. We had a lot of people out, and had some good sophomores and freshmen step up.”

Beauregard's La'Damian Webb runs in the second half of the Hornets' game against Wenonah for the Class 5A state championship on Dec. 1, 2016, in Auburn.

Former Opelika Bulldog Will Boler makes a tackle for UAB last year during the team's game at Tennessee on Nov. 2, 2019.