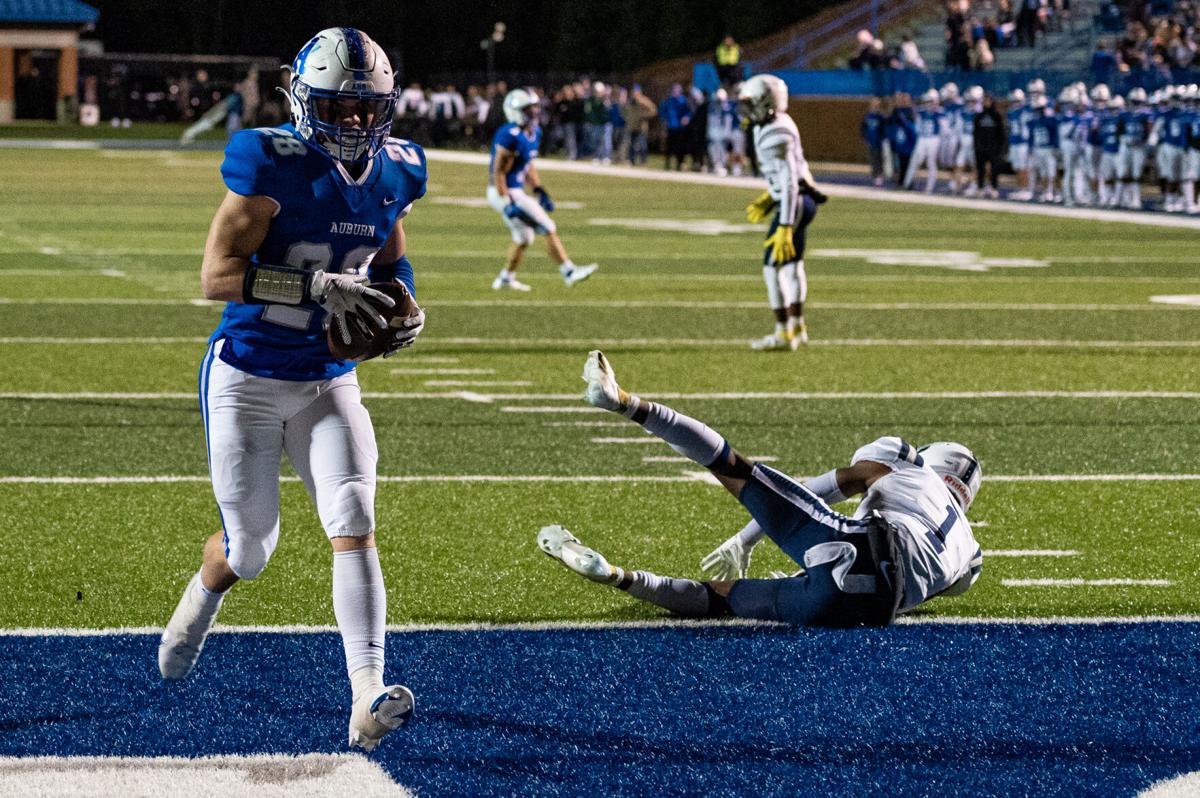 Auburn’s Camden Etheredge (28) catches a pass and strolls into the end zone for a touchdown against Baker on Friday in Duck Samford Stadium. 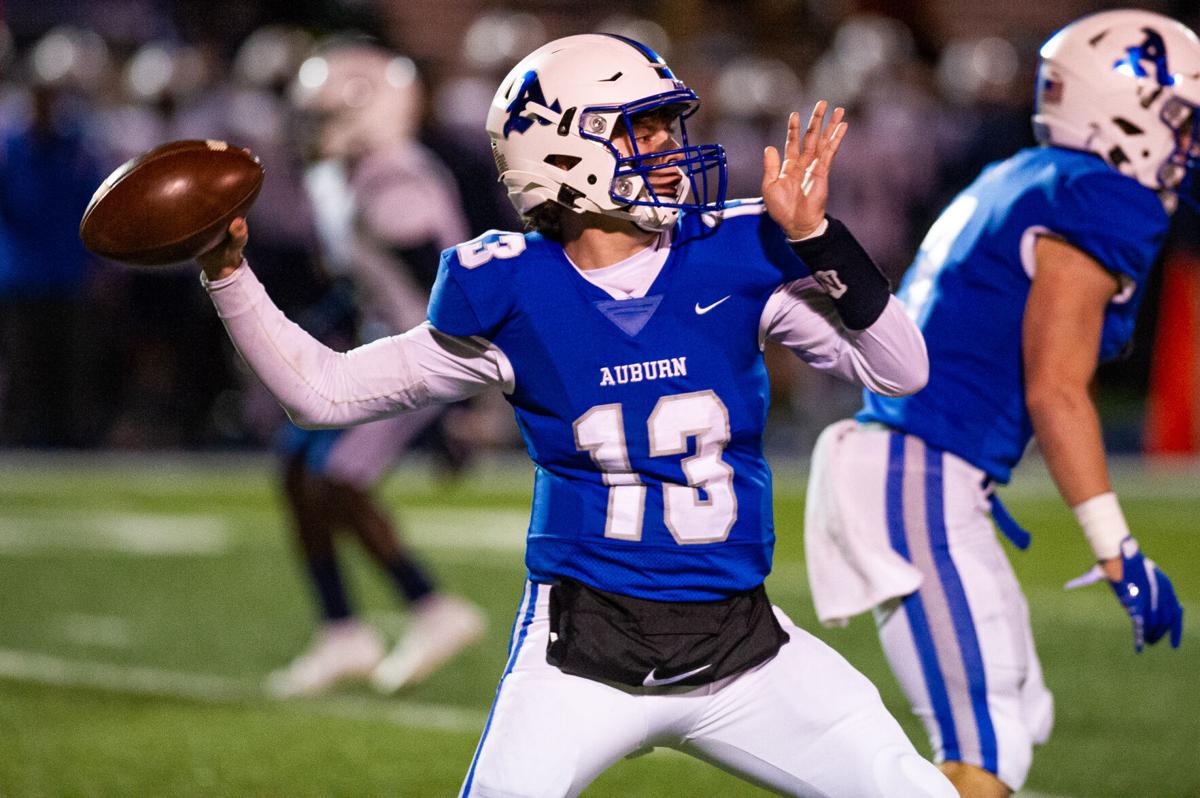 Etheredge says he’s never played with a quarterback as accurate as Pittman. Pittman says that Etheredge is sure-handed, a great route runner and a great player.

The pair put those words into reality and proved that and more on Friday night.

Auburn High led 21-3 at the half and never looked back.

Pittman was 9-of-13 for 95 yards with three touchdown passes all going to Etheredge.

“He puts the ball on the money, like I said,” Etheredge said of Pittman. “He knows the offense well. I’ve never played with a quarterback that throws as accurate as he does.”

Two of those touchdown connections came in the first half. On both plays, Etheredge snaked his way through the defense before finding himself wide open in the corners of the end zone.

Both times, Pittman delivered a strike to his big-time target for a score.

The pair linked up for the third and final time in the third quarter on a 15-yard touchdown pass to put Auburn High up 32-3 — leading the way for the backups to come in.

“We never really had much of a tight end last year and I really like getting him the ball,” Pittman said of Etheredge. “Sure hands, hands are great, great route runner, knows how to get open, really smart. He’s a great player.”

While the dynamic duo of Etheredge and Pittman linked up for three scores in the contest, they weren’t the only Tigers to find the end zone against Baker.

Running back Killian Massey was a magician as he consistently found openings against the Baker defense. Massey finished the night with seven carries for 93 yards and rushed in for the Tigers’ first score of the night.

After the starters came out late in the third, Auburn High found the end zone once more as backup quarterback Davis Harsin showcased his abilities as he led the Tigers to a score.

After its win against Baker, Auburn High will host Enterprise in the second round of the playoffs next week. The region foes have already faced off once this regular season with Auburn High defeating Enterprise 42-28.

Auburn’s Camden Etheredge (28) catches a pass and strolls into the end zone for a touchdown against Baker on Friday in Duck Samford Stadium.