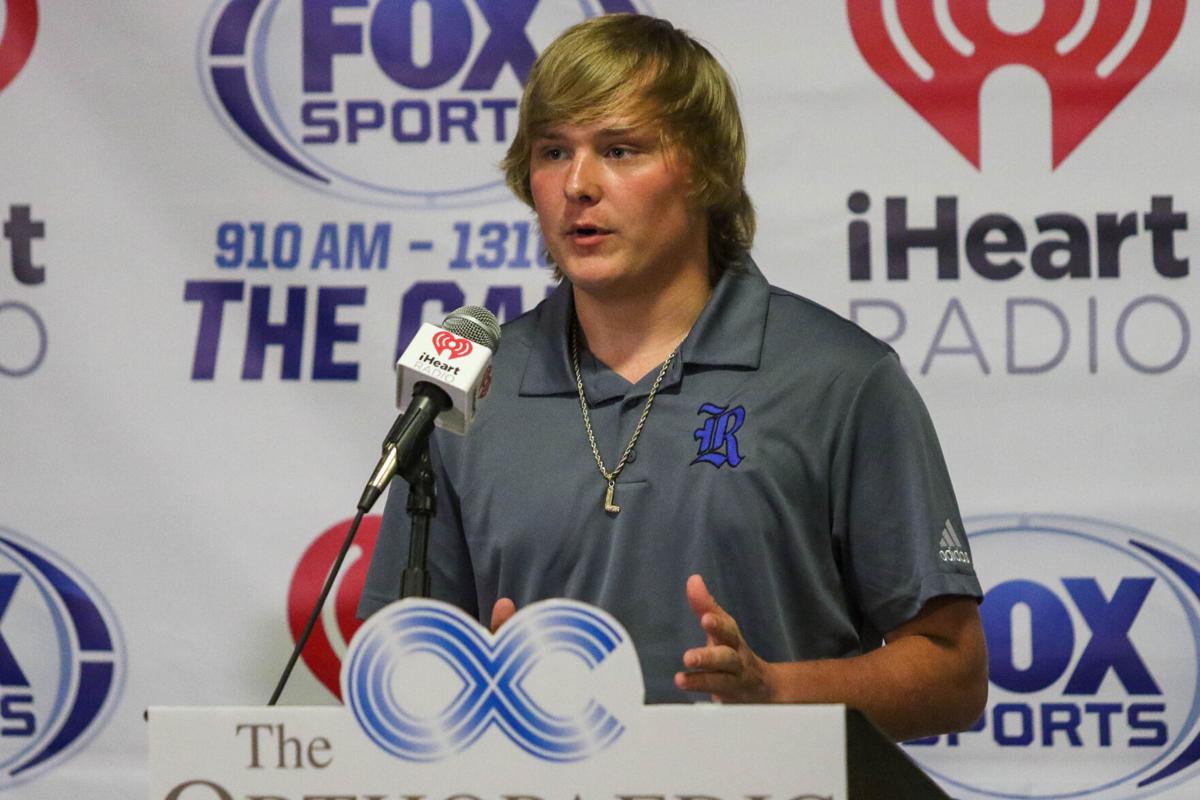 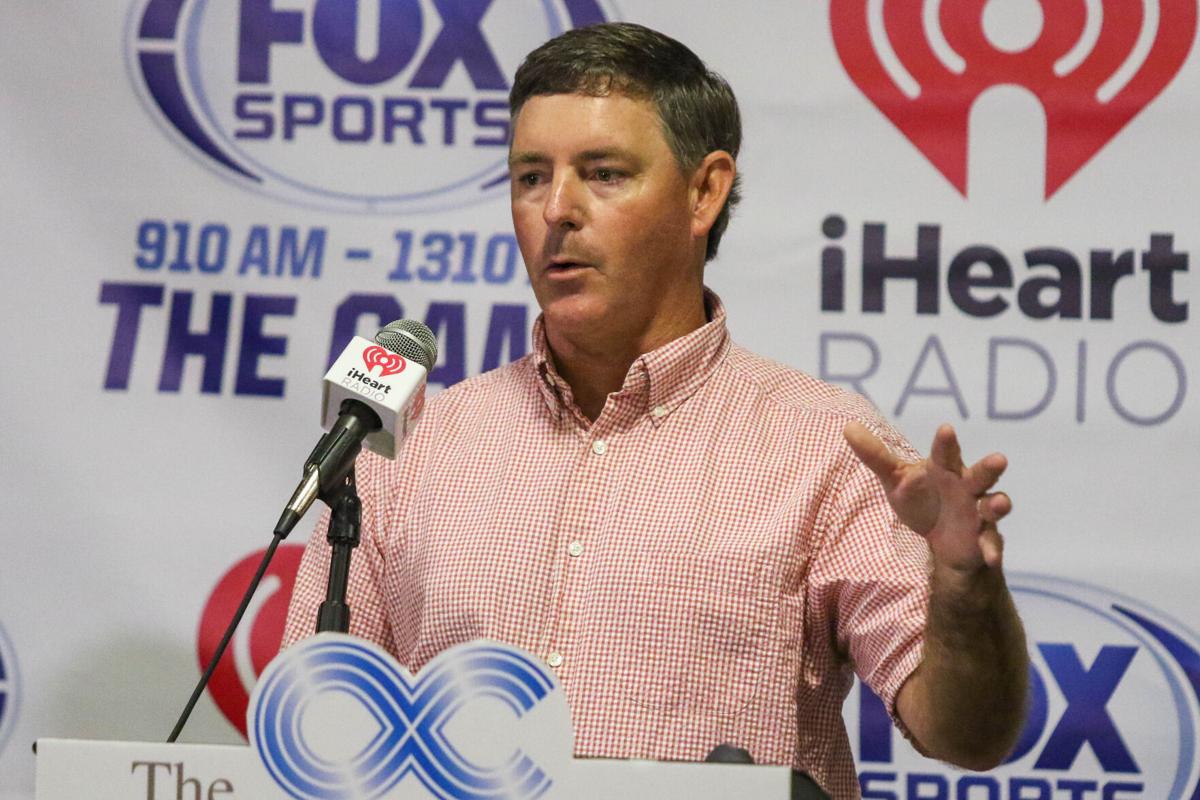 Of the 17 local football teams that attended the Fox Sports 910-1310 AM The Game High School Football Media Days on Tuesday and Wednesday, 11 will be replacing their primary starting quarterback from 2019.

It’s a tall order in any year to decide on who will be starting under center in the season opener; throw in a once-in-a-lifetime pandemic in the spring and summer, and it makes the situation nearly impossible.

Several local coaches and players discussed the challenges of handling the competition for their team’s starting quarterback role during an offseason in which spring practice was canceled and group participation was severely limited throughout the summer. While solving the quarterback puzzle is critically important for all the teams, those involved made it evident the key is not to rush a process that has already seemed to go on longer than anticipated.

“The biggest hole right now for us on offense is at quarterback, which is the biggest question everybody always has. I’m going to tell you now: I don’t know who the quarterback is. We may not know for a while,” Opelika head coach Erik Speakman said. “We’ve got three of them really fighting it out right now, and we may play all three of them early in the year without spring training to find out who can do it. We might have to wait until we get into Week 2 or 3 to find that out.”

Speakman and his staff face a true challenge in narrowing the list down, but luckily the third-year head coach and formerly longtime Bulldogs assistant knows the personnel well. The same cannot be said for a coach such as LaFayette’s Juan Williams, who was one of six new head coaches hired in the area.

Williams was lucky in that he had a few months with the Bulldogs before the pandemic shut down the schools, but that didn’t make deciding on a quarterback any easier. Like all the Alabama football teams, LaFayette could not have spring practice nor a spring scrimmage, which severely limited the amount of opportunities Williams and his new staff could test those vying for the starting quarterback role.

In Williams’ opinion, the key to him is looking at what LaFayette had before — which was UT-Chattanooga signee Jordan Walker — and weighing the skill sets that those competing for the role bring to the table.

Reeltown head coach Matt Johnson didn’t expect to be one of the coaches in the midst of a quarterback battle after the Rebels played for the Class 2A state title seven months ago, but rising junior Iverson Hooks’ move to Pike Road turned those plans upside down.

Johnson said creativity has been the name of the game in a process that is still continuing for Reeltown. He explained that it’s been up to the coaches to test the would-be QBs as much as possible while also maintaining the proper protocol necessary during the pandemic.

“With these guidelines, it’s trying to be creative and to figure out how we can have a quarterback-running back mesh, how we can work 7-on-7 and have a defense over there and at the same doing what we have to do to stay safe,” Johnson said. “There’s been a lot of chalk talk on the board and a lot of teaching, but I feel like that we’ve narrowed it down. We’ve got three or four guys back there that are maximizing their reps. We’ve got a couple that have kind of come to the top. It’s going to be real exciting. I feel real comfortable.”

One of those fighting for the right to replace Hooks is senior Logan Lee. Lee has played receiver, fullback and outside linebacker during his high school career, and he’s done his part during that time to help Reeltown compete every Friday night.

Lee is determined to show Johnson and the rest of the staff what he has to offer. Having said that, he’s willing to relent and play elsewhere if it means giving the Rebels a better chance to succeed.

“With all of us who are going for quarterback, we’re all trying to do what the coaches tell us to do. We try to get better,” Lee said. “We don’t really care if we’re the quarterback — we just want to be the best for the team.”

The circumstances of that have limited player participation in the spring and summer has meant there’s plenty of competing left to do at schools like Lanett, where three players are trying to be tabbed Alabama signee Kristian Story’s replacement.

Lanett head coach Clifford Story explained that while the summer workouts have allowed players to demonstrate their leadership ability on a consistent basis, the most valuable evaluations will be made in the next few weeks when the pads come on and the game-like situations play themselves out.

“When the bullets start firing, that’s really when you start seeing who’s going to step up. When you’re throwing on air, all of them look good. You’ve got to put a defense over there coming at them,” Story said. “We want to see what they can do when the heat is on. It’s going to be very big because with us not having a spring, we weren’t able to make that decision a little earlier.

“It gives me an opportunity because I’ll be coaching them to really see how competitive they are. You want somebody at the quarterback position that has the leadership ability and wants to compete.”

The pandemic eliminated a lot of valuable time that football players and coaches would have spent together in the spring and summer, which made deciding on new starting quarterbacks a mostly futile effort. The good news is there’s still valuable time left to work with, and even delaying decisions before the first kickoff of the fall won’t be the end of the world.