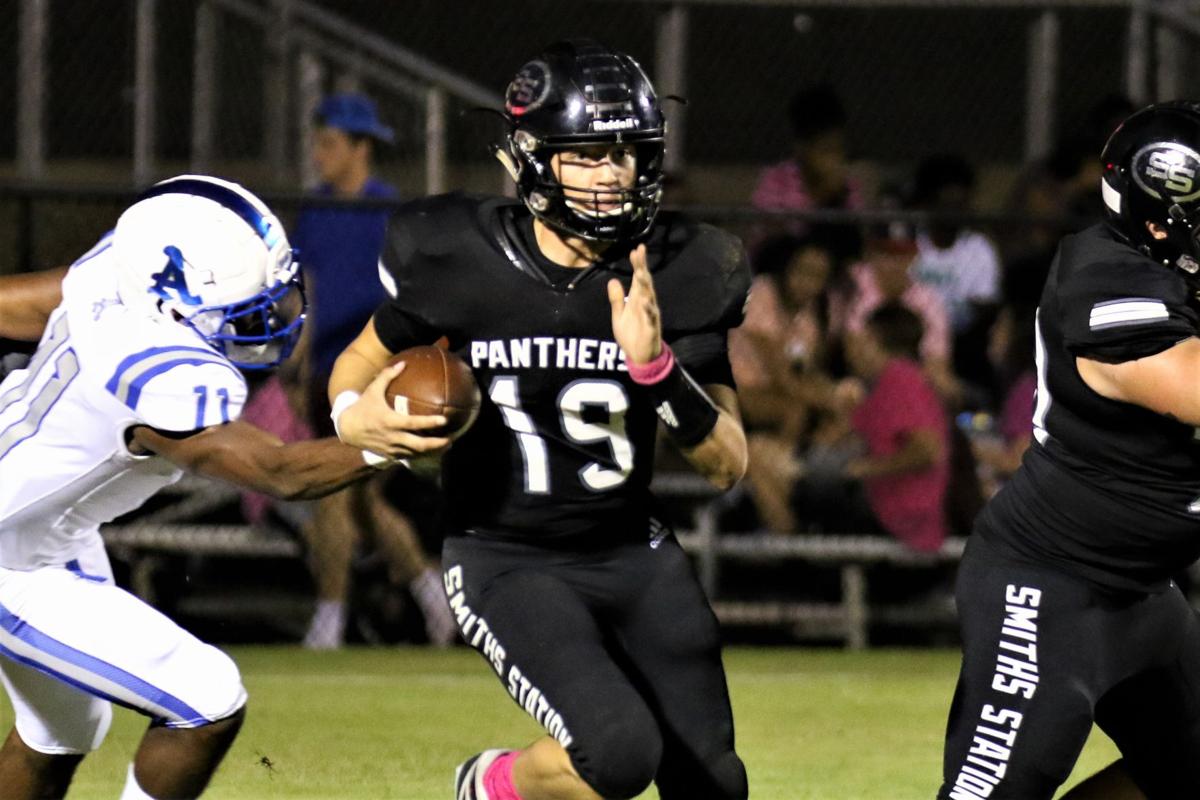 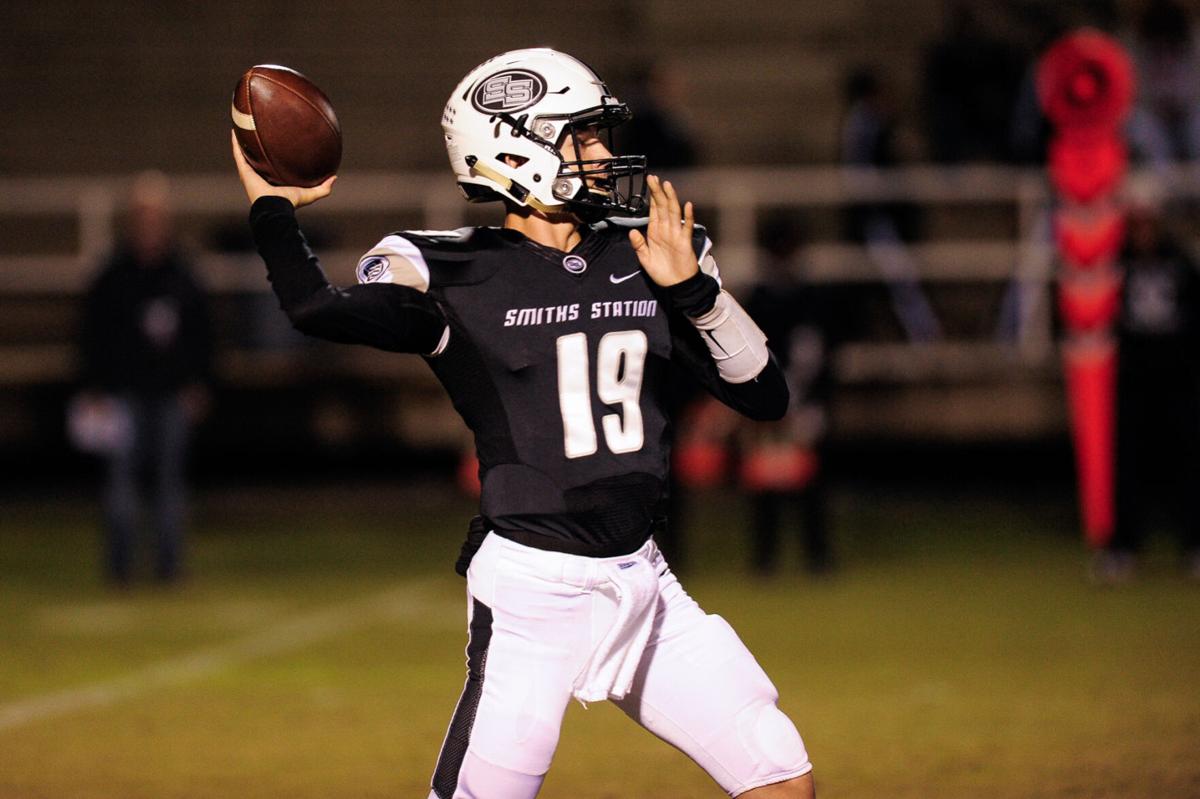 Smiths Station quarterback Corey Minton (19) throws a pass in the first half of the Panthers' home game versus Prattville on Oct. 26 in Smiths Station.

Throughout his time at Smiths Station, quarterback Corey Minton has shown himself to be an athlete who could put the Panthers in position to win on Friday night. Those triumphs have led to big plays for Smiths Station, and on Thursday it led to a milestone moment for Minton.

Minton received a scholarship offer from Huntingdon College on Thursday, the first for the 6-foot-2, 200-pound rising senior. The offer comes about a month before Minton hits the field again for his senior season and looks to help guide a Smiths Station offense tasked with playing the best of the best in Alabama’s Class 7A.

“Honestly, it means a lot to me. There are a lot of people in this world that would love to have this opportunity, and I don’t want to be the one person who takes it for granted. I feel very blessed,” Minton said. “It’s taken a lot of blood, sweat and tears to get to this point. A lot of sacrifices as well. However, I will continue to give my all to this game so I can ensure a great future for my family and loved ones.”

Minton has been one of Smiths Station’s go-to players since Panthers head coach Mike Glisson took over the program in 2018. During Glisson’s debut season, Minton handled most of the quarterback duties for the team, and with his help the Panthers scored more points than they had in the previous two years combined and won six games for the first time since 2015.

Last season, Minton split time between quarterback and receiver to do his part in helping the Smiths Station offense.

“Number one, Corey is a very good athlete. He’s an extremely hard worker. He’s been our team captain as a sophomore and as a junior, and I don’t expect it will change as a senior. He’s a competitor,” Glisson said. “The first year, he played quarterback as a sophomore pretty much all year long. Last year he played quarterback part of the time. We moved him to receiver part of the time. He’s so valuable to us at receiver as a tight end and as a ‘Y’ as they call it, we’d really like to play someone else at quarterback, but he’s going to play quarterback too because he offers some things back there as well.

Minton spoke highly of playing for Glisson, saying the head coach arrived at Smiths Station during a dark time for the program and revitalized not only the football program but the school as a whole. Minton said the team’s work ethic grew and the players became closer, and personally Minton has been humbled and became a better player thanks to the pressure Glisson and the staff place on him as a leader.

Minton has stayed busy this offseason with his workouts and the drills he’s done to contribute for the Panthers at either quarterback or receiver. It’s part of his mindset in general with football, as he added that he would want any college coaches to know he will do whatever it takes to make himself and his teammates better.

Glisson expects more to come for Minton, but even with the excitement of college offers coming Minton is focused on his senior season. He explained the team’s mantra is to take it one game at a time though he added that the ultimate goal is to get Smiths Station back in the playoffs for the first time in seven years.

Minton didn’t shy away from talking about the team’s postseason drought, saying it would mean everything to break it as a senior and to help Smiths Station punch their ticket to the playoffs. It all starts with the Panthers’ season opener against Russell County on Aug. 21, and for Minton, that Friday night can’t get here soon enough.

“I couldn’t be more anxious to be back on the field with my brothers,” Minton said. “The season opener is how we can set the tone for this year and get the message across.”

Smiths Station quarterback Corey Minton (19) throws a pass in the first half of the Panthers' home game versus Prattville on Oct. 26 in Smiths Station.