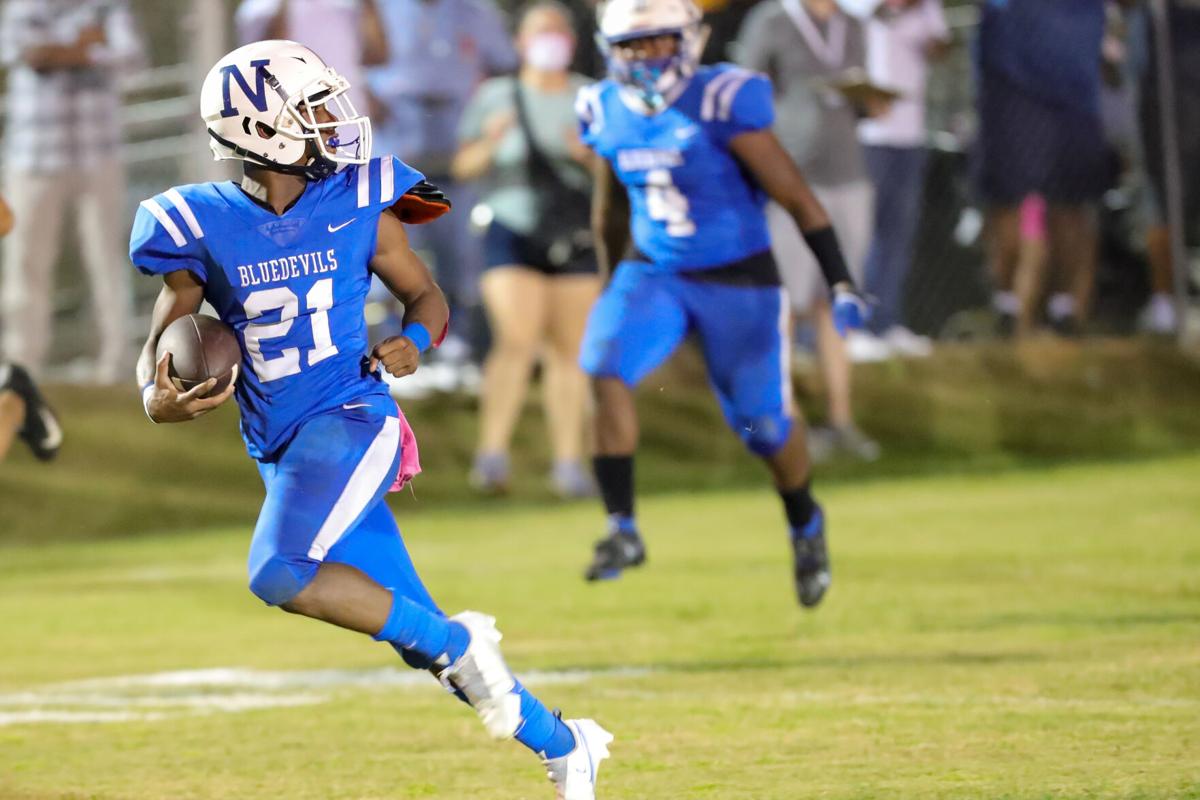 Notasulga's Tyrese Mccullough (21) looks back to see he is all alone on his way to the end zone during the Loachapoka vs Notasulga game on Friday, Oct. 1, 2021. 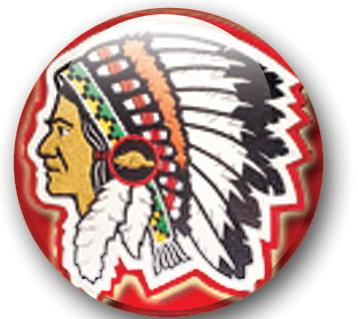 NOTASULGA – On Friday night, Notasulga and Loachapoka were separated by six miles and the two legs of Tyrese McCullough.

The Notasulga sophomore caught a slant and took it 47 yards for a game-tying touchdown in the third quarter. A few plays later, McCullough returned Loachapoka's punt 50 yards to set up a go-ahead score from teammate Jerel Crayton.

The sequence from the 5-foot-7 McCullough was the catalyst for what would be 26 unanswered points from Notasulga in a 32-12 victory over Loachapoka in the Battle of Highway 14.

"He is a warrior," Notasulga coach Anthony Jones said. "As long as he goes, the rest will go with him. He's not that big, but he plays big. That's what he does — he always makes big plays when we need them."

The Blue Devils' victory was their ninth straight in the rivalry series. It also preserved their undefeated record ahead of a winner-take-all region showdown with Maplesville next week.

"Hats off to 'Poka and Coach (Reco) Newton," Jones said. "That's what the rivalry is about, man. That was a physical game. I saw both teams have people limping off and stuff. That's what it's about — laying it on the line for both communities, separated by just a few miles, for bragging rights, the trophy and a chance to compete for the region title."

Notasulga (7-0, 4-0) quarterback Elijah Rogers, another 10th-grade offensive leader, finished the game with 97 passing yards and two touchdowns — the one to McCullough, plus a 21-yarder on fourth-and-long to Kris Crayton that broke a scoreless deadlock midway through the second quarter.

"We're very young," Jones said of his offense. "What we have is a special group, but it takes special people to do this."

Loachapoka (3-2, 1-2) was led by a strong three-headed rushing attack of Nick Farrow, Nicolas Dowdell and Isaiah Blackmon, with Farrow scoring from 12 yards out late in the second quarter.

Shortly after the halftime break, quarterback Ga'kuan Palmer hit a leaping Jacorious Hart in the end zone for a 19-yard touchdown to give the visitors the lead.

But the hosts fired back through Rogers, McCullough and Jerel Crayton. That sparked a turnaround from the Notasulga defense, which forced four turnovers on downs and a 3-and-out on Loachapoka's final five possessions of the game.

"Defense is what I preach," Jones said. "We know to win championships, you need tough defense. That's what I always stay on them about — it doesn't matter what happens. Adversity happened. We were down 12-6. We made stops. That was just some good stuff from our defense."

Notasulga put the exclamation point on the comeback in the fourth quarter, with junior Dorian Pollard scoring from 26 yards out and Jerel Crayton finding the end zone one more time from 25 yards out to secure a 20-point win.

The Blue Devils generated more than 200 yards on the ground, giving a hard-hitting Loachapoka team a taste of its own medicine in the second half.

"They're a tough group," Jones said. "But I still stay on them about starting slow. We were just sluggish off the bat."

Jones says Notasulga can't afford to have a repeat of that slow start next Friday night at Maplesville, which was off this week after winning its first six games of the season.

Loachapoka, meanwhile, will return home for back-to-back region games against Verbena and Autagaville.

"We've just got to play tough," Jones said. "We've got to start fast and finish fast. Maplesville is a tough team, and we've got to make sure we go up the road, take our do-it-yourself kit and try to take care of those Red Devils."

Central alum Javion Cohen and his fellow linemen stepped up to the challenge by not allowing a single sack and setting the stage for Alabama to dominate in a 41-24 victory.

Notasulga's Tyrese Mccullough (21) looks back to see he is all alone on his way to the end zone during the Loachapoka vs Notasulga game on Friday, Oct. 1, 2021.