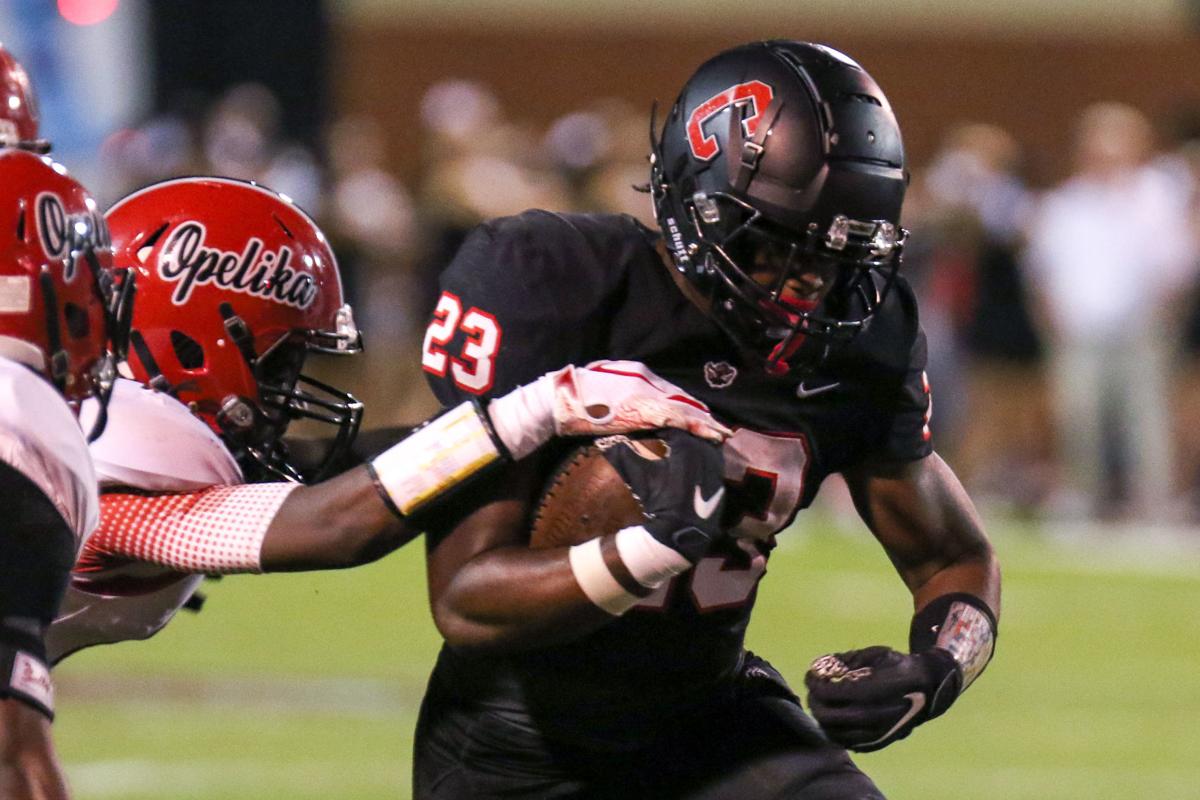 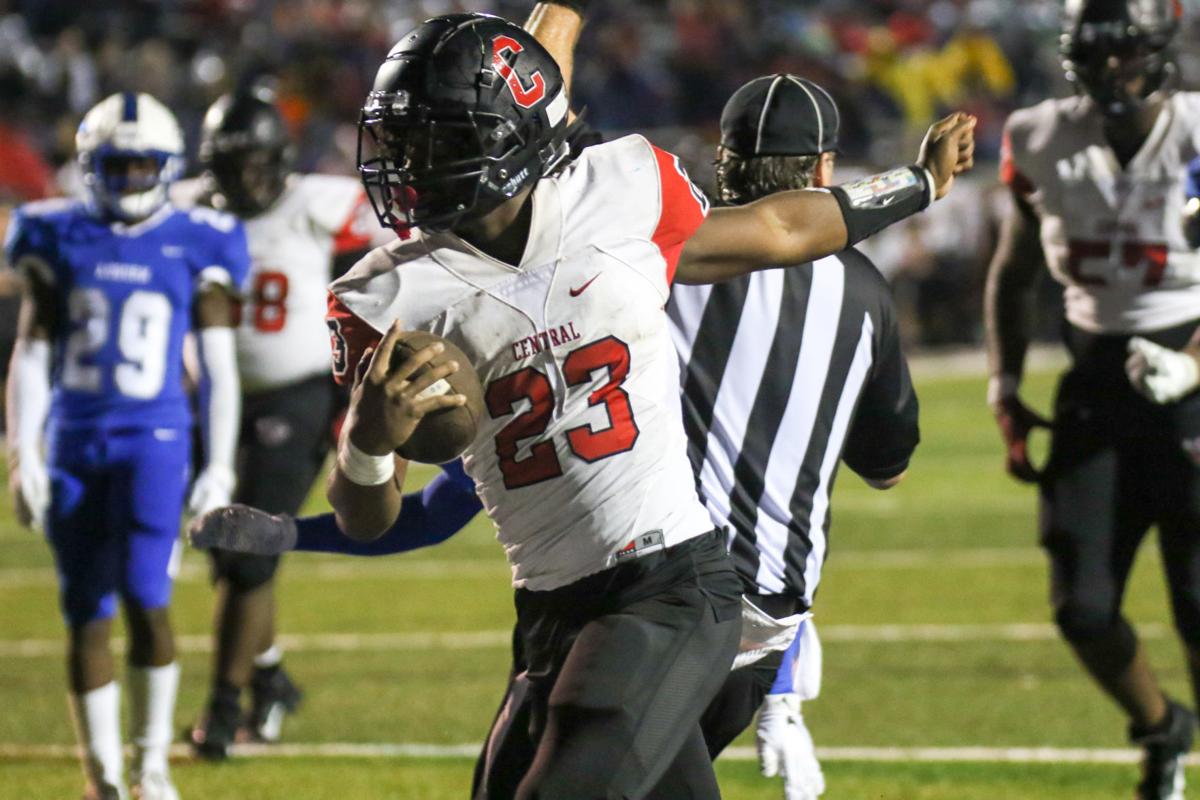 Central-Phenix City running back Joseph McKay doesn’t do a lot of talking. He keeps answers to questions short and sweet, and his social media presence is fairly limited.

Instead, McKay lets his play do most of the talking. And even with his past performances, he still has a lot to say.

McKay stands as one of Alabama’s top running backs in the Class of 2021, and several colleges are beginning to take notice. McKay announced last week he received an offer from Alabama and one from Memphis on Monday to push his number of total offers to 11. His other offers are from schools such as LSU, Ole Miss, Arkansas, Tennessee and Virginia Tech.

“It felt great,” McKay said about his latest offers. “I mean, I feel like I haven’t done anything yet. It makes me work harder.”

Contrary to his reaction, McKay has already accomplished a great deal.

Former Central coach Jamey DuBose said in his 27 years of coaching in Alabama, only two players made his varsity team as freshmen: current Clemson receiver Justyn Ross and McKay. McKay received a considerable amount of carries as a freshman in 2017 on a team that reached the Class 7A semifinals, and he upped it as a sophomore as part of a dynamic one-two punch with starting running back A’Montae Spivey.

McKay ended 2018 by ripping off six carries for 47 yards in the 2018 Class 7A state championship game against Thompson to help the Red Devils win their first state championship in 25 years. With Spivey graduating and signing with Arkansas, it was on McKay to take over the lead role and keep the Central offense humming along in 2019.

To no one’s surprise, McKay quietly put his head down and went to work.

The 6-foot, 215-pound McKay was one of the state’s standout backs last fall and ended the season with 186 carries for 1,333 yards and 20 touchdowns. McKay left many games early with Central up big, and his efforts — which included an incredible 221-yard, five-touchdown performance against Auburn High on Oct. 25 — helped the Red Devils return to the state title game for the second straight year.

DuBose recalled a chiseled McKay walking into the weight room for the first time and lamenting that he had never worked out before. From there, McKay began putting in the efforts that have made him a truly stellar prospect.

“Joseph is a tremendous player. He’s a power back with speed. He’s a guy who really doesn’t know how good he could be. Man, he’s a natural runner. He’s got great vision and great power,” DuBose said. “He’s going to be a back that can play in the SEC. He’s got size, and he’s got speed … Joseph had been that 1B (back) for about two years. He just stepped up last year to the 1A role, but it didn’t mean much other than the fact that he walked out there at the beginning of the game. What Joseph could pull off was really big, too.”

McKay is considered a three-star recruit per 247Sports’ composite ratings. Per the same metrics, he is the 33rd-best player in Alabama’s Class of 2020 and the 71st-best running back in the country.

DuBose laughed when asked about the Alabama offer, and he explained Crimson Tide head coach Nick Saban actually extended that offer to McKay during last football season. For whatever reason, McKay decided not to publicize it until several months later.

McKay explained he is a fan of SEC football, but he won’t allow himself to settle just because some major programs in the conference are trying to bring him on board.

“It’s about more than becoming an SEC back,” McKay said. “It’s about being the best.”

McKay maintains a team-first mindset, and it shows when asked about his junior season. As impressive as he was, he said those performances meant nothing because the Red Devils failed to finish the year with another title.

McKay is on track to have his pick as far as colleges go. Although going to the next level is important, he still has unfinished business in Phenix City and has his mind set on two major accomplishments.

“I want a state championship and to be Mr. Football,” McKay said.