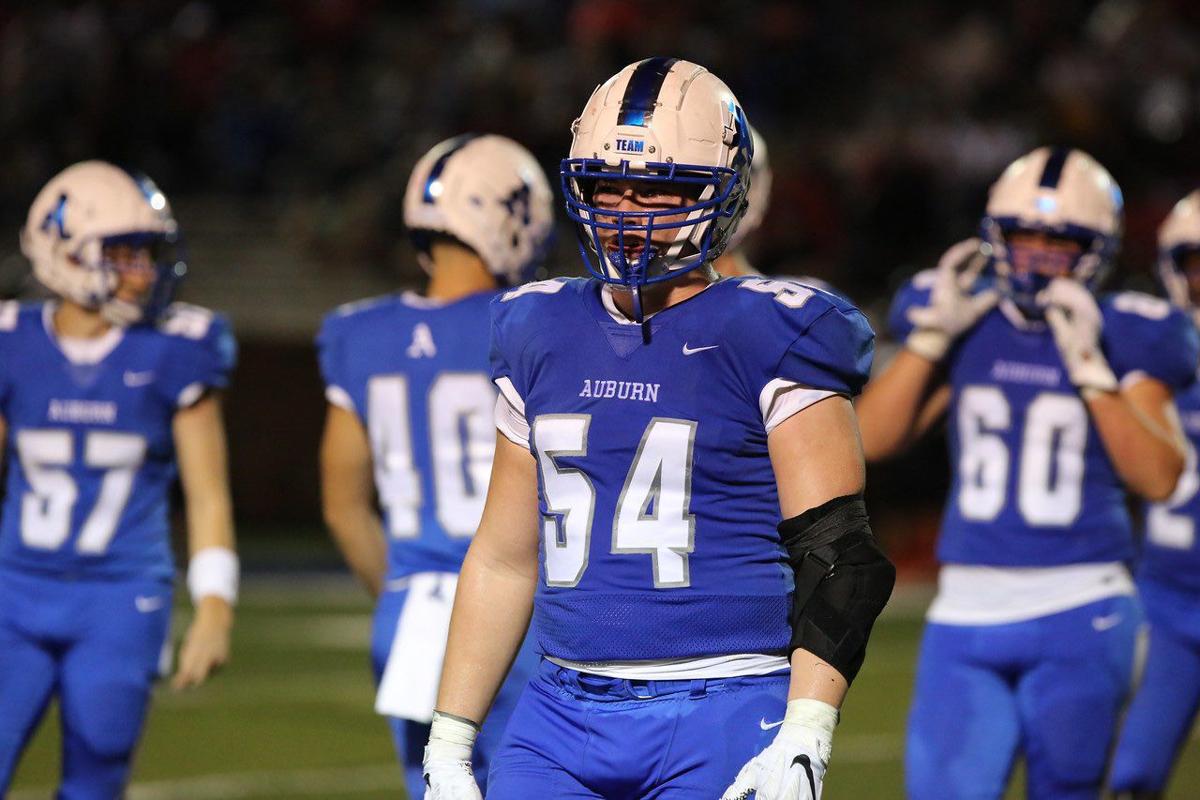 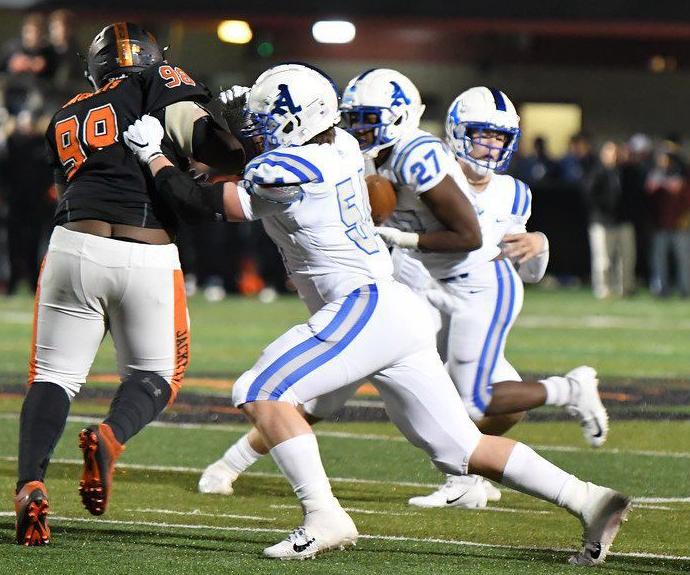 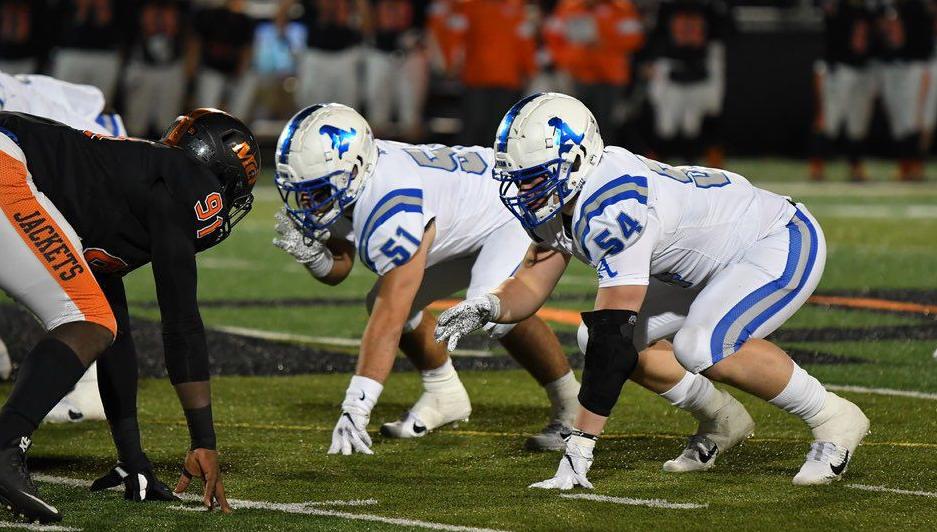 Auburn High's David Hixon (54) lines up prior to a play last season.

The 2021 offensive line recruit not only committed to play Division I college football, but also committed to joined the armed forces by committing to the United States Naval Academy in Annapolis, Md.

“It goes beyond football,” Hixon said. “Obviously when you commit to a military academy you aren’t committing to a school to play football, you are, but you are also telling them, ‘Alright, I’m going to go be in the Navy for five years after I (finish).”

Hixon had pretty of offers with his stellar performance in the classroom in addition to the field helping to pave the way for offers from Yale, Dartmouth and Air Force. He credits his faith in helping guide his decision making process, as well as advice from family, coaches and friends.

Navy just felt like the right fit for the Tiger left tackle though.

“I love their facilities, I love their coaching staff and I love the respect that comes with that name behind you,” Hixon said. “It is just as good of a school as any of the Ivy Leagues that I had opportunities from.”

With the global pandemic, 2020 was uncharted territory for many recruits, but Hixon made certain to do his research.

“It has been a tough season for a recruit, I would say,” Hixon explained. “During this time usually, you are going to look at campuses, meet coaches and get a feel for what it would be like. For 2021’s class, it is more like you look up as much stuff as you’d like and watch all the YouTube videos and see what you like.”

“I plan on going up there in the next few weeks to just take a peek,” Hixon said.

The service academies are known for their unique offensive systems with a reliance on the running game and triple-option attack. For Hixon, he his excited to make that transition because Auburn High also relies heavily on the run game.

In their biggest win of the season, Auburn went on the road to defeat top-ranked McGill-Toolen 26-0 in the playoffs. They did that by attempting just three passes.

That dominant offensive line and running game was apparent all season as the Tigers cleared the way for running back Aaron Diggs to run for 1,600 yards.

“That is kind of our philosophy at Auburn High School. We are going to fly off the ball and mash people’s heads. We aren’t going to take no for an answer when we are running the ball.”

“I fit their offense to a tee,” Hixon said. “They run a triple option so the way their offensive linemen have to be — they aren’t your typical Auburn University offensive linemen, where they are 6’5 to 6’7, 340 pounds. You are more 6’2, 6’3, 270 where you can move and be agile off the ball.”

Navy has been to a bowl game in 15 of the last 17 years. Head coach Ken Niumatalolo took over the program prior to the 2008 season and has compiled a 96-60 record.

Hixon’s journey to Navy includes more than football as he is focused on keeping his grades up and receiving a recommendation from a senator to attend.

Before he joins the Midshipmen, Hixon has one more season to try to win a state title at Auburn and after falling in the state semifinals a year ago, he is confident the Tigers are ready for the next step.

“Once we got rolling towards the middle and end of the season, we couldn’t be stopped in the run game,” Hixon said. “Only one of our players is leaving, we have four returning linemen. … I’m really looking forward to just being able to put my whole heart and soul into this senior season with my teammates.”

Now as a committed Midshipmen, one day looms large on the football calendar though and Hixon sums it up with two words.

Auburn High's David Hixon (54) lines up prior to a play last season.