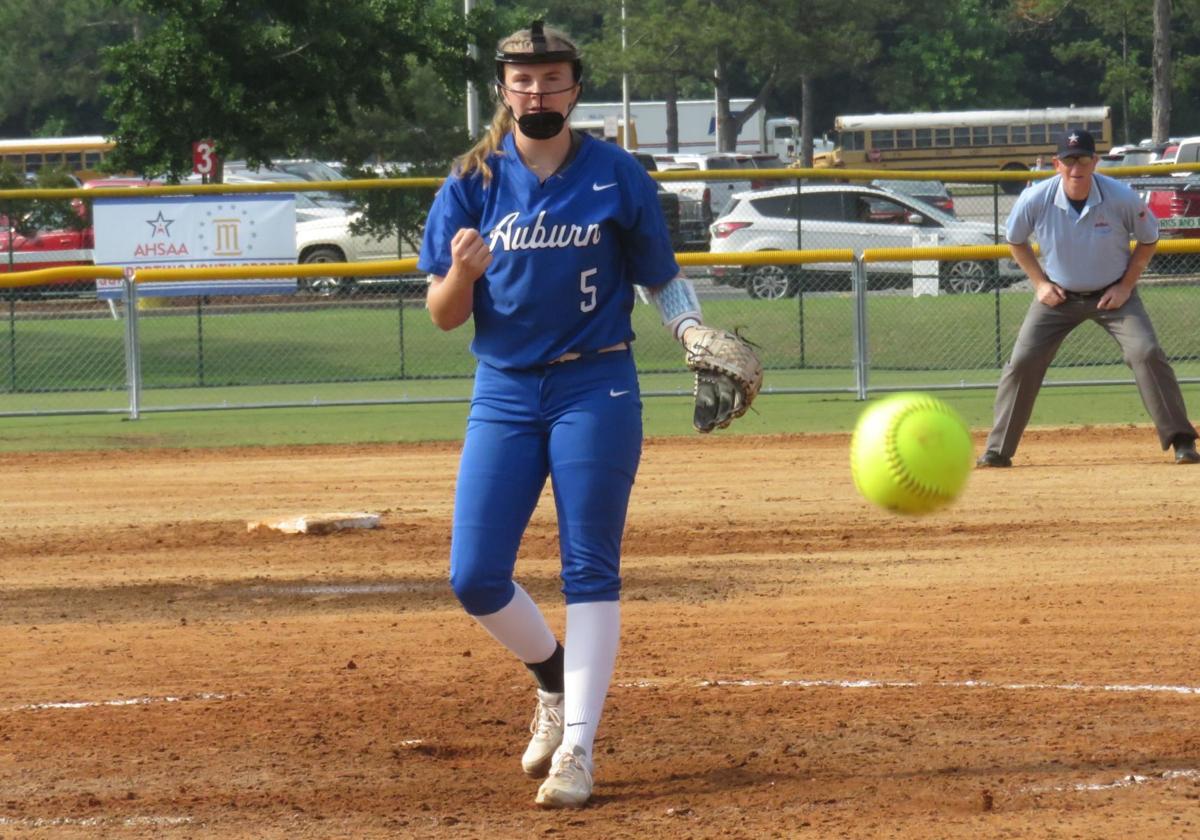 Auburn High pitcher Hannah Pitts throws a pitch during the Lady Tigers' game against Spain Park on the second day of the Class 7A state tournament on Friday, May 17, 2019. 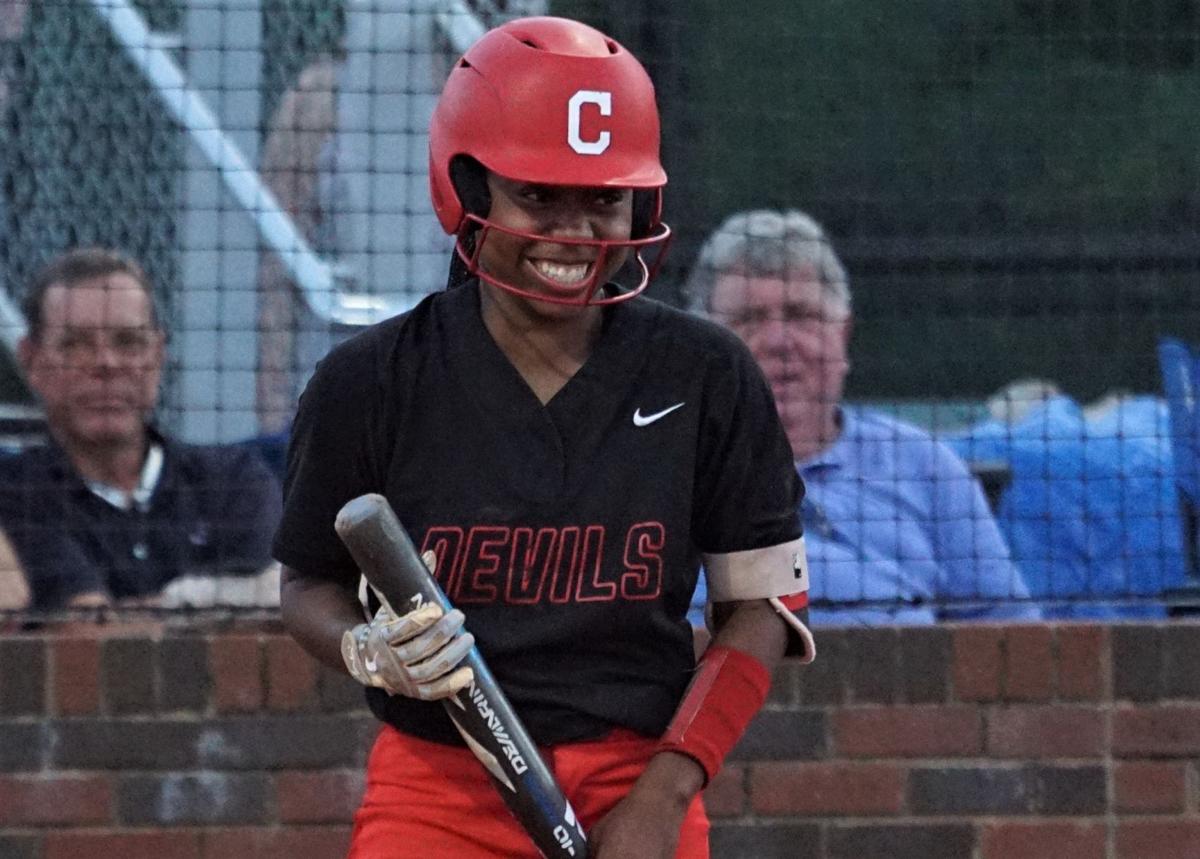 Centra-Phenix City's Madison Hurt smiles before an at-bat against Auburn in the Class 7A, Area 4 tournament on May 2, 2019.

Entering the spring softball season, it seemed a sure bet that several local teams would be in contention for a state championship. Although none got the opportunity to come through with a blue map trophy, three of the players are still being honored after the season.

Auburn High’s Hannah Pitts, Central-Phenix City’s Madison Hurt and Tallassee’s Alexis Love have been named to the South squad among the AHSAA North-South All-Star softball teams. In total, the two teams are comprised of rising seniors who were chosen by a special coaches committee from nominations received from AHSAA member school softball coaches.

The All-Star teams won’t face off this summer due to the coronavirus pandemic, but the players selected still took pride in their names being chosen.

“It really truly is an honor and a huge deal to me,” said Love, the Tallassee catcher who hit .457 with three home runs and 15 RBIs in 16 games. “I feel like I’ve worked really hard and have been looking forward to this for forever now.”

Although the season proved shorter than everyone expected, every game was meaningful for Pitts.

Pitts missed the majority of her sophomore season due to injury, and the lead-up to the 2020 season saw her bond with her teammates as they hoped to help Auburn make another deep playoff run. Pitts said the team came together this year like a family, which made the close of the year a tough pill to swallow.

Pitts pitched 34.2 innings this season and compiled a 3-2 record with 48 strikeouts, a 2.02 ERA and a 0.95 WHIP. In Pitts’ opinion, the year offered a valuable lesson to softball players throughout the country.

“I feel honored to be able to represent my school on a state level. There are so many talented players among my class, and it means a lot that I was chosen,” Pitts said of her selection. “This pandemic has taught players across the country to not take their season for granted. I believe next year teams will come out stronger than ever. This has made all of us realize the importance of living in the moment and taking every moment in.”

Pitts and the Lady Tigers had a championship in mind, although Hurt and her Lady Red Devils might have said something about that.

Hurt and her teammates got off to a great start to the 2020 season only for that promise to go unrealized. The Central second baseman made the most of the games she played, hitting .429 with 15 hits, one home run, 11 stolen bases and 17 RBIs.

The Lady Red Devils were determined to send its senior class out as champions this spring. Although that didn’t come to fruition, Hurt is eager to help her teammates come through with a title the next time around.

“It was no secret what our team was capable of and what we were going to do this year,” Hurt said. “Our main motivation moving into the next year is definitely picking up where we left off and building off of what we did last year. Rather than looking at the season ending as a negative, we looked at it as an eye opener to never take what we have for granted.”

Auburn High pitcher Hannah Pitts throws a pitch during the Lady Tigers' game against Spain Park on the second day of the Class 7A state tournament on Friday, May 17, 2019.

Centra-Phenix City's Madison Hurt smiles before an at-bat against Auburn in the Class 7A, Area 4 tournament on May 2, 2019.