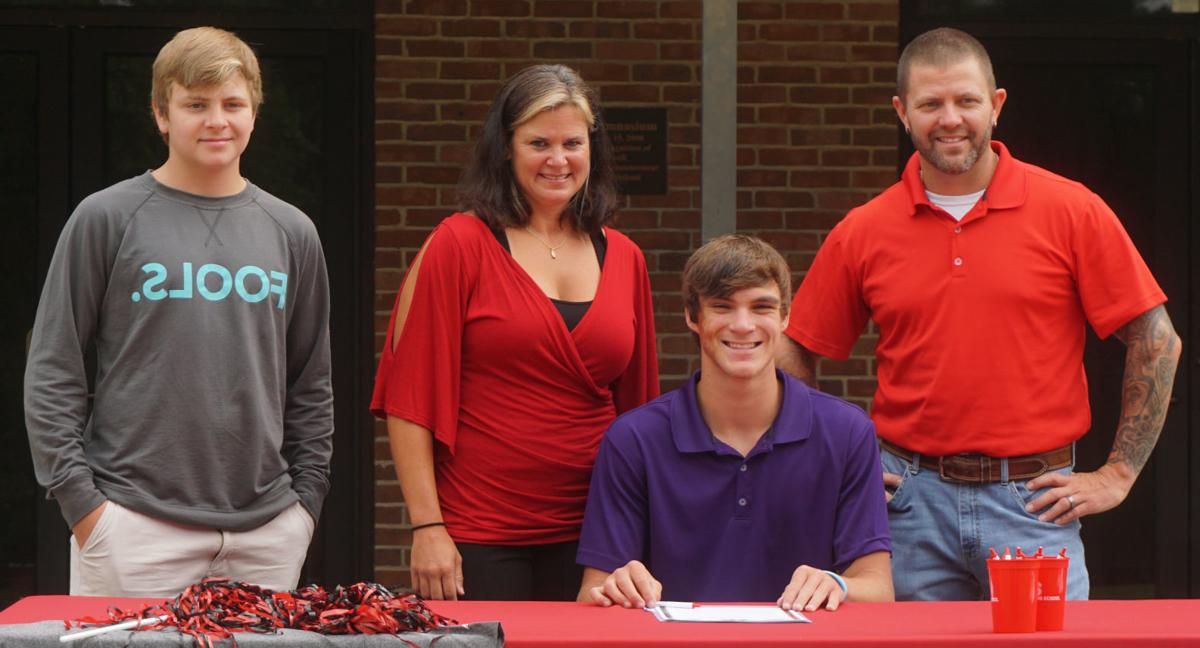 Springwood's Chalyb Lenker, with his family around him, signs with LaGrange College on Tuesday at Springwood School in Lanett. 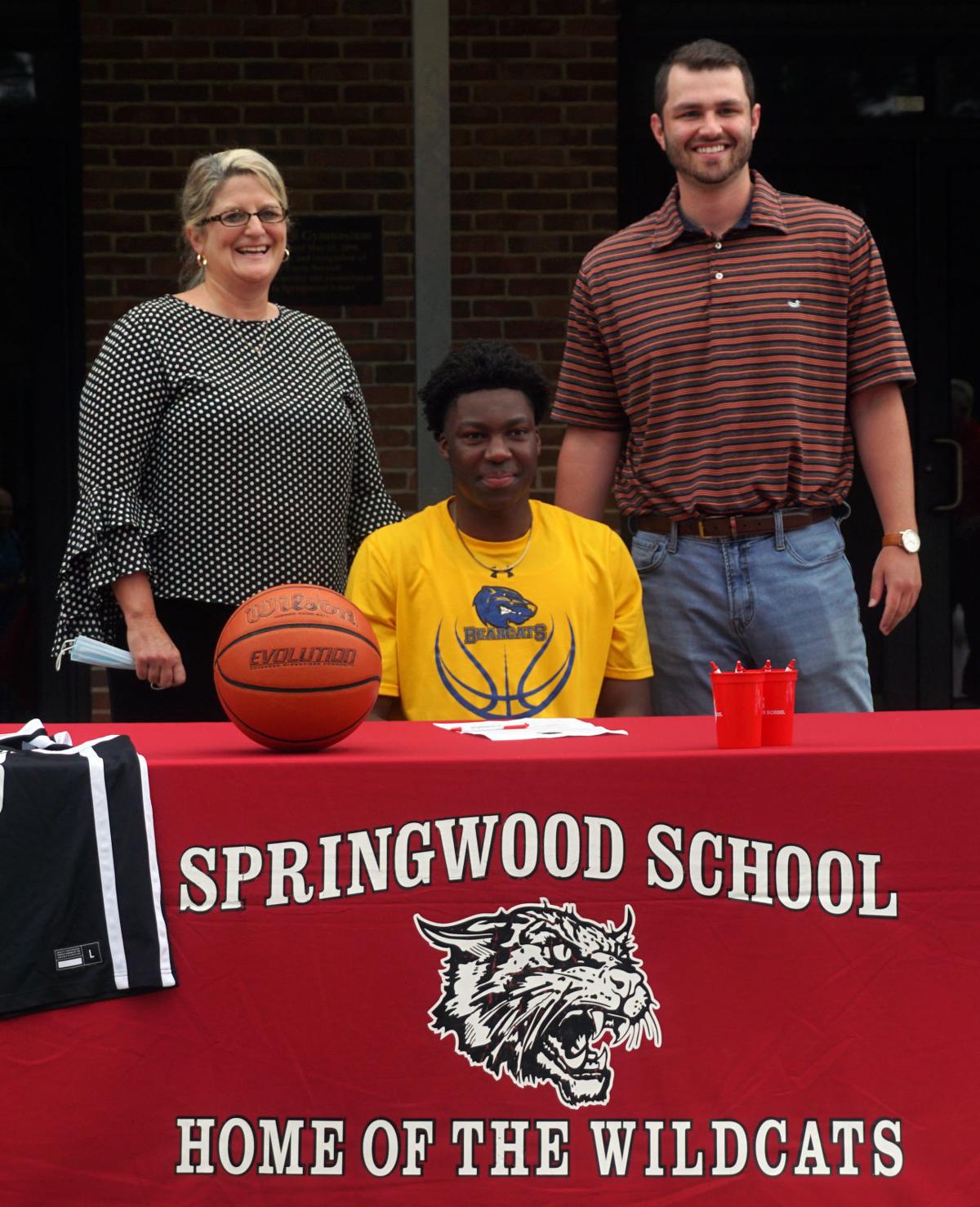 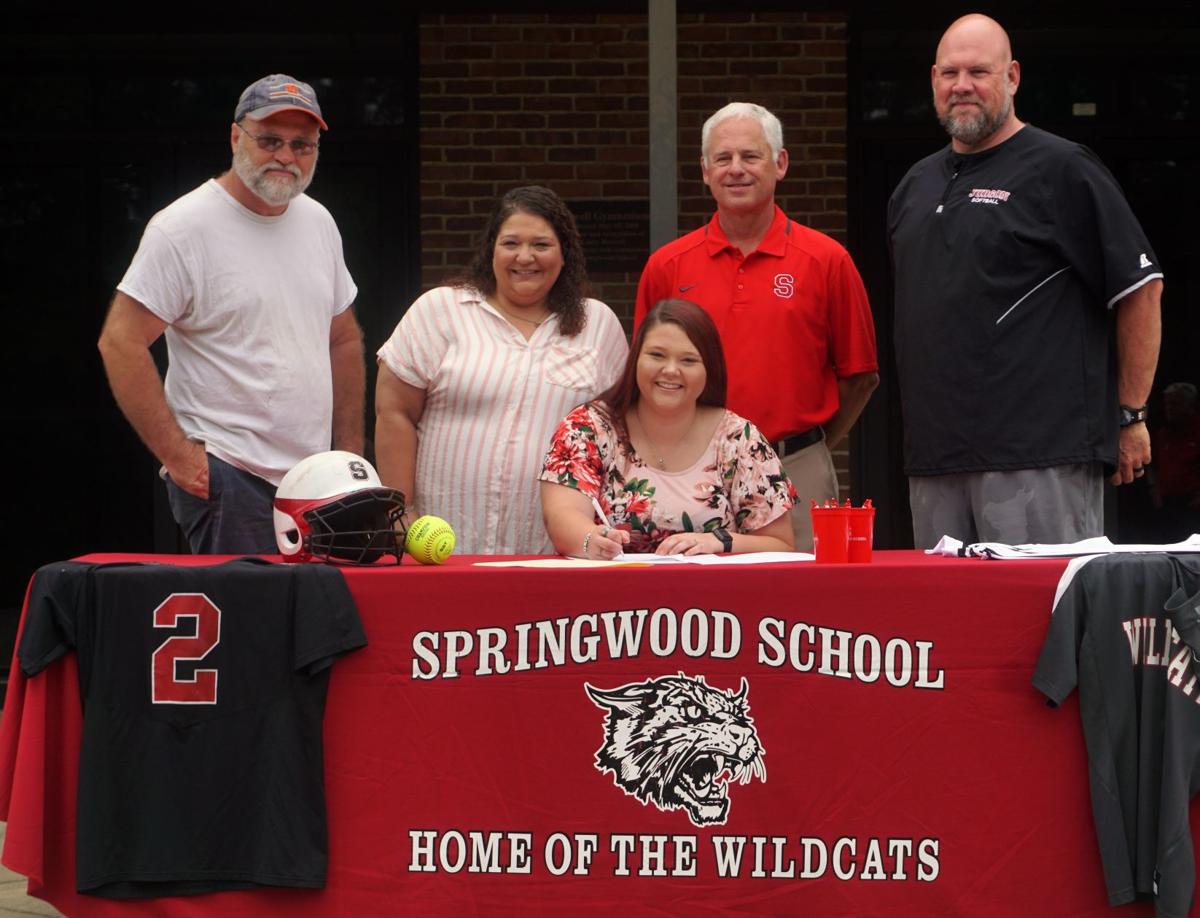 Joined by coaches and family, Springwoo'd Miranda Butler signs with Judson College on Tuesday at Springwood School in Lanett.

LANETT — Springwood was able to recapture a bit of normalcy on Tuesday morning when the school hosted its first college signings since schools were let out due to the coronavirus pandemic.

Three athletes made their college intentions official with basketball player Francis Okeyia, cross-country star Chalyb Lenker and softball pitcher Miranda Butler all signing letters of intent. All three were excited to share the experience with each other despite not having as many people there as they would if school was in session.

“It was honestly really important to me,” Lenker said of signing at the school. “Having online classes, I wasn’t sure if we were going to have a graduation. It was kind of sad thinking that that was going to be the last time I was going to see any of my fellow classmates or anything like that. But this signing day, getting to see at least two of my classmates, it was great.”

Butler was the first to sign as she committed to Judson College in Marion. Judson is a private Baptist women’s college.

“It is a Christian-based school and Springwood was also Christian-based so I will still be going into my religion that I believe in,” Butler said. “It is also kind of a smaller school. … That is kind of what I was looking for.”

Judson coach Tom Hannah was in attendance to support Butler. Hannah is a former coach at Hueytown, Pleasant Grove, Gardendale and Oak Grove on the prep level.

Butler joins a roster which had 14 of its 15 players from the state of Alabama a season ago.

Lenker signed next and committed to stay local with the LaGrange College in LaGrange, Georgia. The multi-sport athlete, who divided his time between the football field and the cross-country course, will be focusing on his running at LaGrange.

“Doing football and cross country at the same time, it was really stressful,” Lenker said.

Lenker is looking forward to remaining close to home for his college career.

“Having a small campus, knowing where to go and get around and stuff, it’ll be fun,” Lenker said.

Okeyia has been anything but close to home for a while as foreign exchange student from the United Kingdom. In Okeyia’s one year at Springwood, he starred on the basketball court and earned a spot at Brescia University in Owensboro, Kentucky.

While his coaches Lisa Ciampi-Sampson and Michael Jenkins were on hand to stand alongside Okeyia while he signed, he said he looks forward to sending pictures of the event to his family across the Atlantic.

“That was really good support,” Okeyia said of his coaches being there. “Obviously my family isn’t here with me, and they are kind of my family.”

The 6-foot-5 forward was dominant at the AISA level averaging nearly 20 points a night while collecting 11 rebounds a game. He knows he will need to continue to sharpen his perimeter game at the next level.

While the last few months have felt like anything but a normal year of high school, Okeyia, Butler and Lenker were able to cap their careers at Springwood in the perfect way — with a ticket to play at the next level.

“To have a signing day here with a bunch of people — coaches, friends, family — it means a lot,” Okeyia said. “It is very, very important. It feels good.”

Springwood's Chalyb Lenker, with his family around him, signs with LaGrange College on Tuesday at Springwood School in Lanett.

Joined by coaches and family, Springwoo'd Miranda Butler signs with Judson College on Tuesday at Springwood School in Lanett.